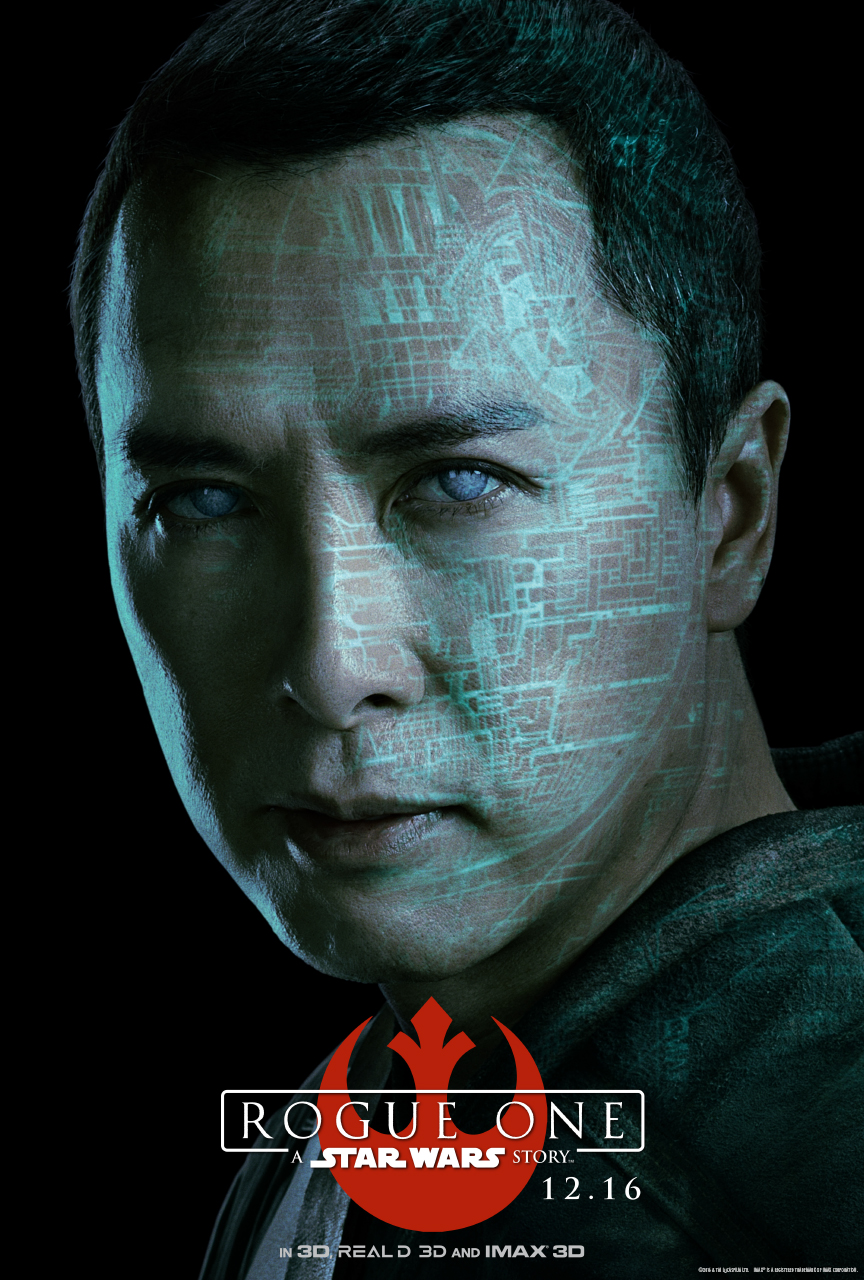 Just 3 days until Rogue One: A Star Wars story is in theaters everywhere! Have you been following along with my exclusive Rogue Coverage? Today I want to introduce you to Donnie Yen who plays Chirrut Îmwe.

Chirrut is a spiritual guide who is a Force believer.  He’s also blind and can totally beat up Storm Troopers.

Turns out that originally the character of Chirrut was not blind and it was Yen that brought up the idea and they decided to change it. “I just felt it would be so much cooler to make him less of a cliché character, like, warrior monk, you know.” 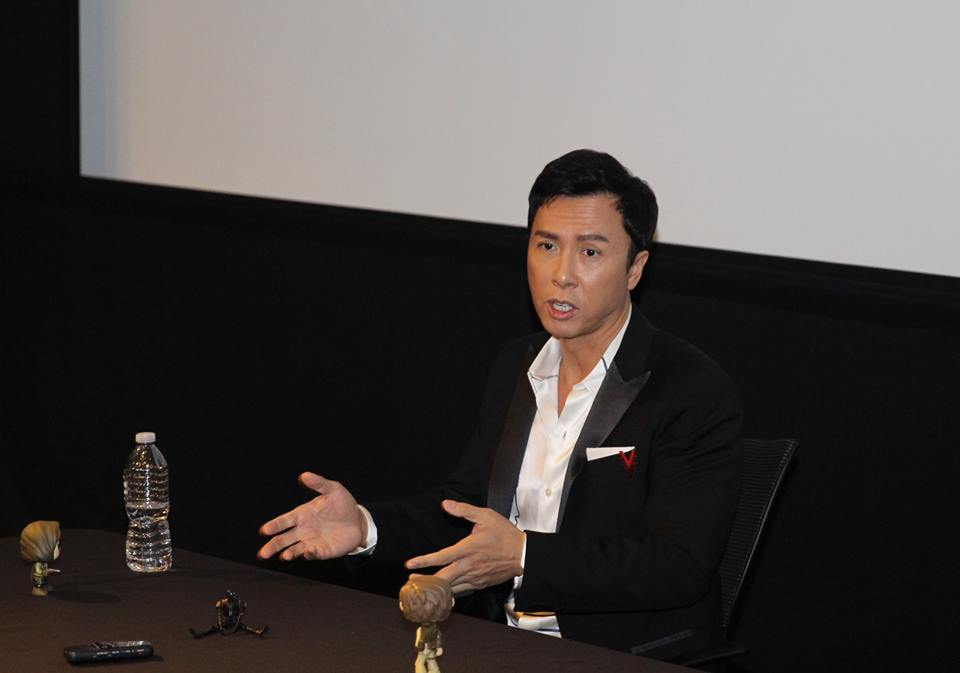 He felt the blindness would give him a vulnerability which would ground his character and his sense of humor would make him relatable.

Donnie Yen is a huge martial arts star with 70 movies under his belt.  With each role he likes to take on a different challenge to push himself to be a better actor. “I never played a blind person before. That was another reason why I wanted to do something completely different, challenging.” 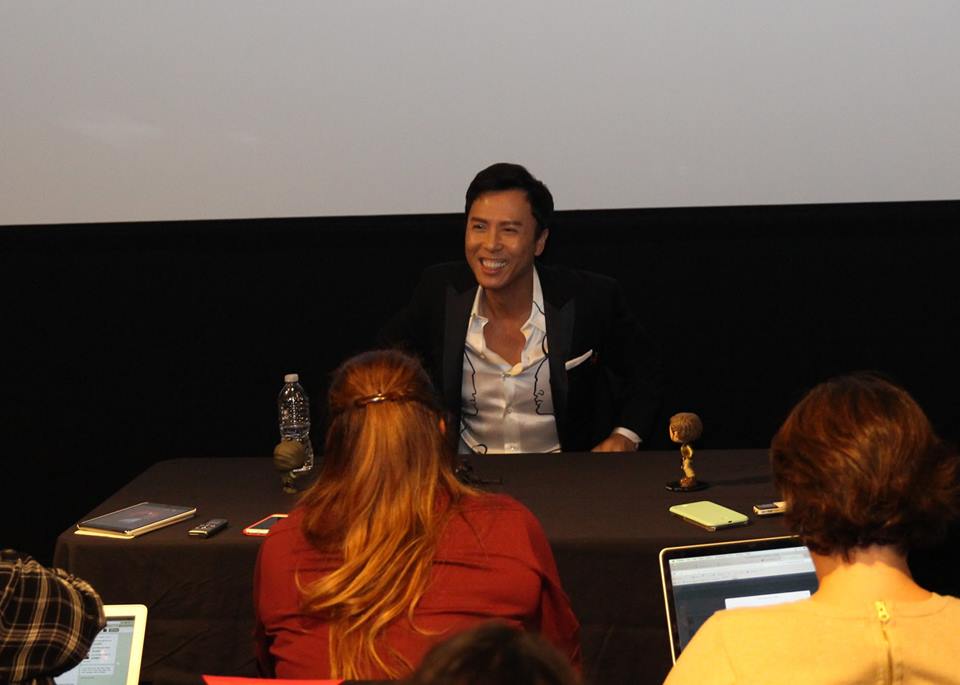 Yen underestimated the difficulty of playing a blind character. The contacts he wore during filming looked interesting but irritated his eyes. He had to remove them every three hours to let his eyes rest and put drops in them every ten minutes.  It was also very hard to see in them – everything was blurry. 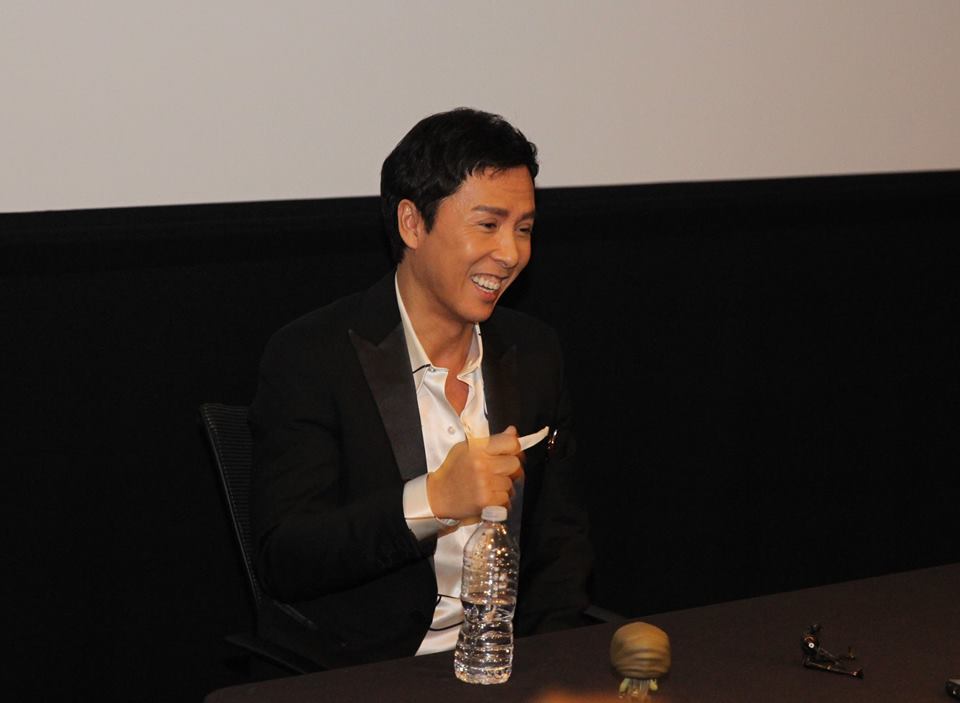 While the contacts were irritating it did give him a new perspective in portraying a blind character. Because he’s blind he has to use his heart and “feel it”. It puts his character even closer to the Force. He has to feel the Force.

We he was asked to be part of Star Wars he didn’t wanted to leave his family and  kids in Hong Kong to be in London for five months. But when he asked his kids if they wanted him to be in Star Wars with out a doubt they said “Star Wars! You gotta be in Star Wars!” 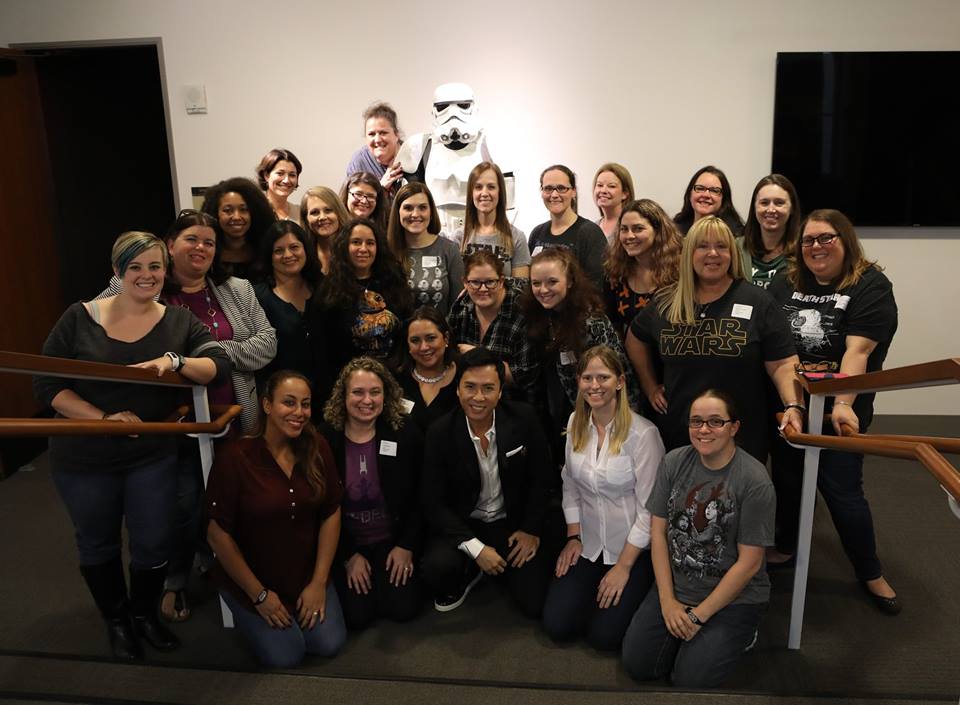