Talking ROGUE ONE with Mads Mikkelsen and Alan Tudyk 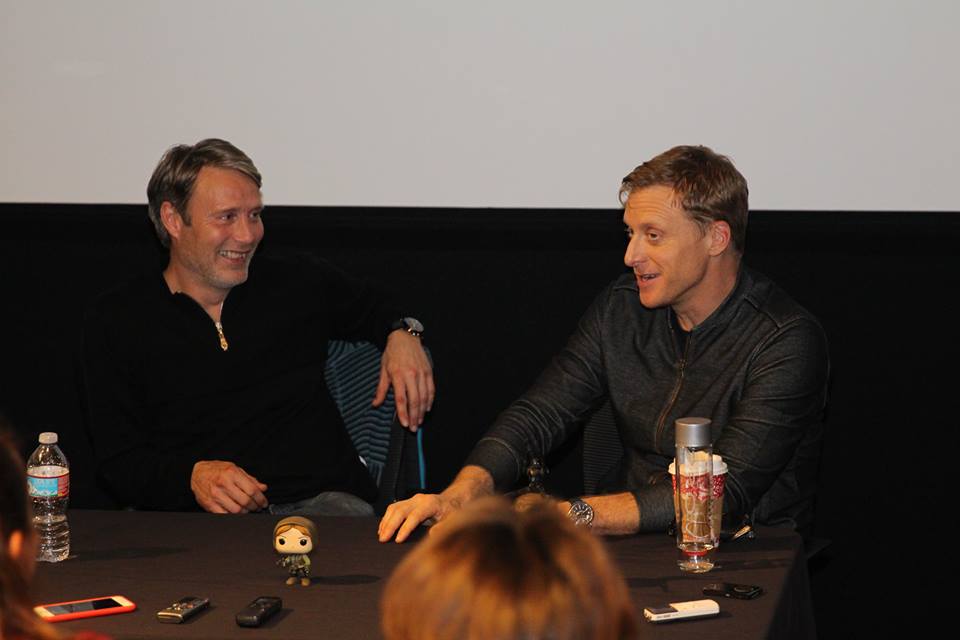 Only 4 more days until Rogue One: A Star Wars story hits theaters everywhere!

I’ve shared with you my trip to Skywalker Ranch, my trip to LucasFilm HQ, and my interviews with Felicity Jones and Diego Luna.

We also had the chance to sit down with Mads Mikkelsen and Alan Tudyk. 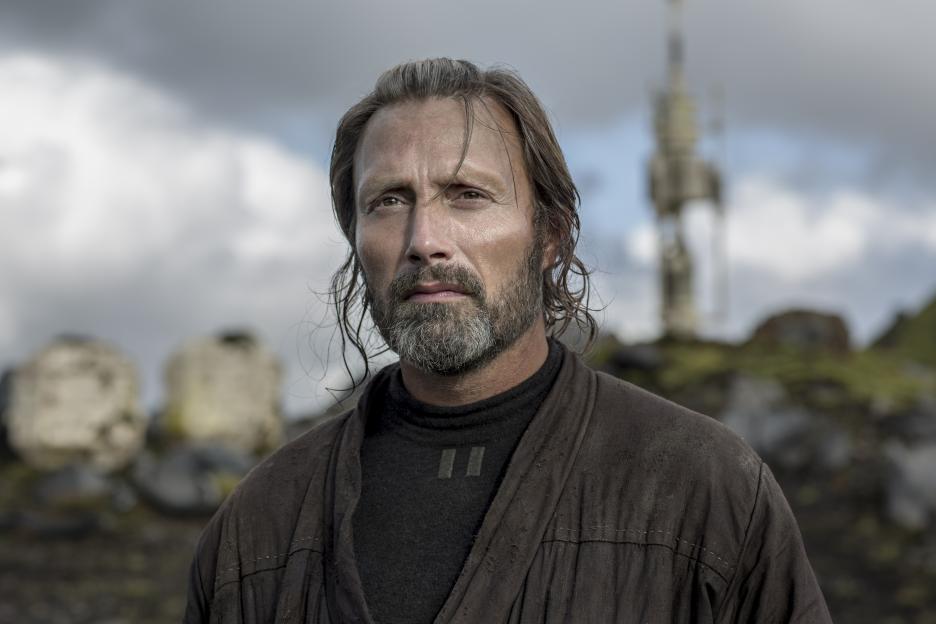 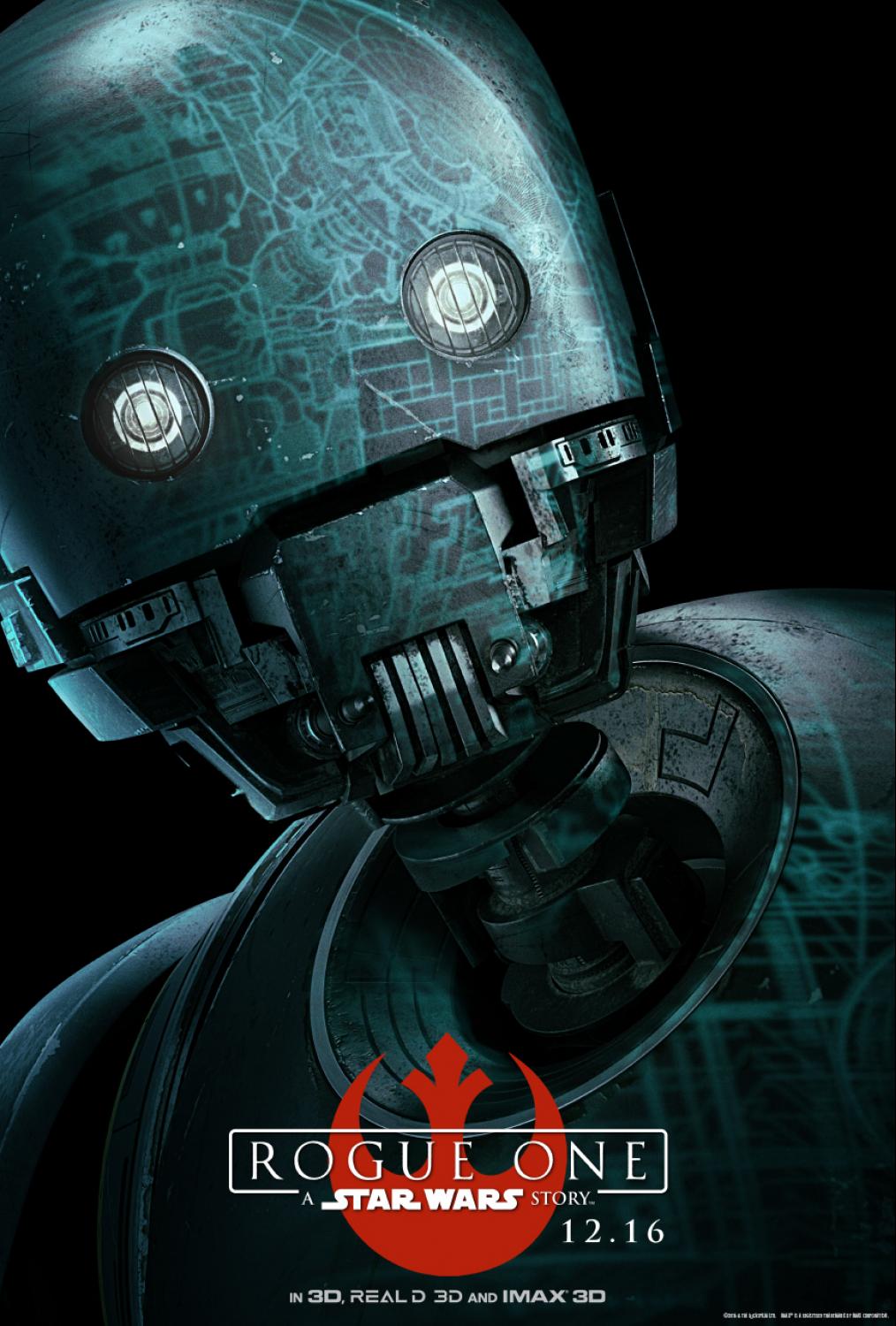 Alan plays K-2SO who is a droid who that was formerly part of the Empire. He’s been reprogrammed by Cassian and has been working with him which makes him a soldier in the Alliance. 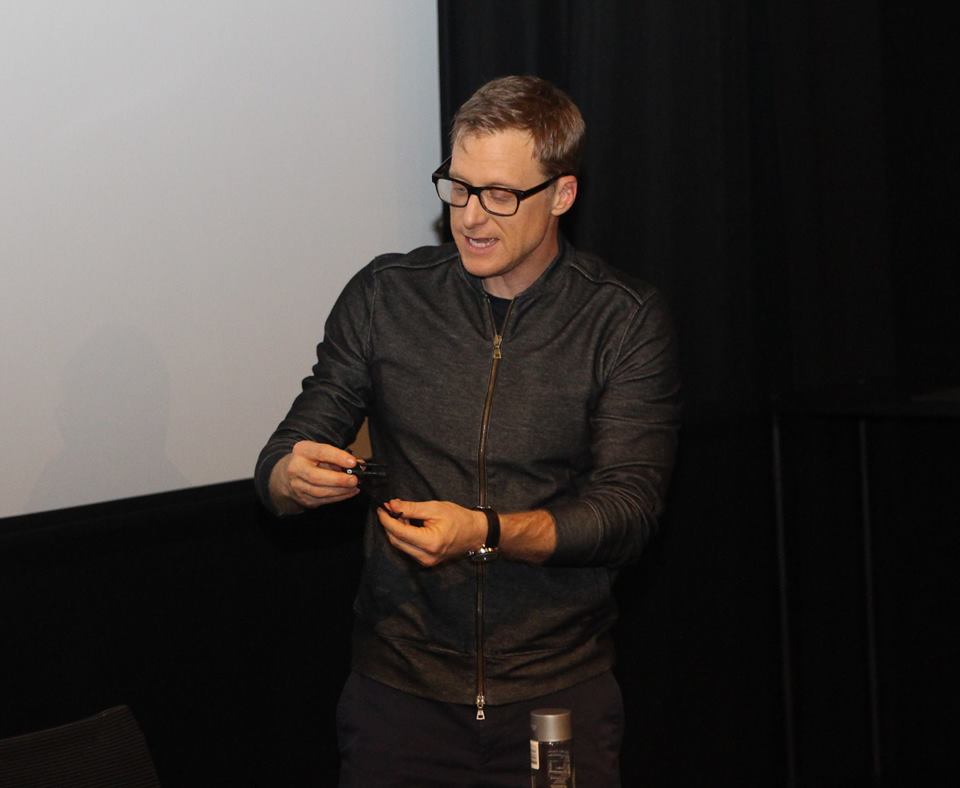 Alan was pretty funny during the interview and the scenes we saw of K-2SO were pretty funny too so we asked him if he was able to ad-lib or if those lines were scripted. He was very clear that he didn’t “off road” the whole time because that could be problematic in film making, but he did get to ad-lib quite a bit. “Gareth set it up to be conducive to having fun and playing around with the characters.” 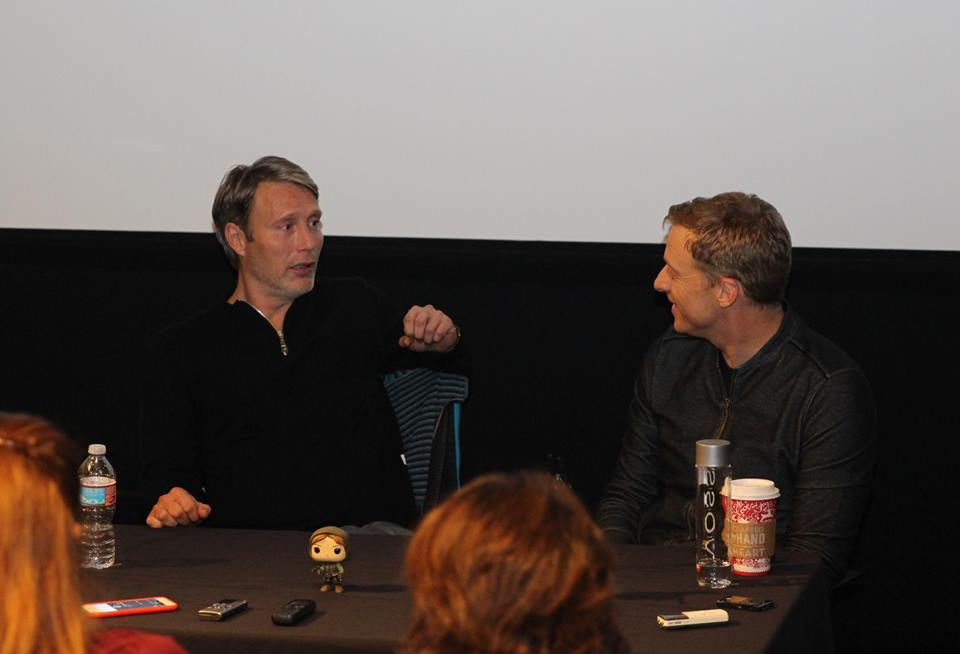 When asked about how they found out they got to be part of the Star Wars universe they had both received phone calls.

Mads received his phone call from Gareth and said yes right away. He didn’t even need a script because it was Star Wars.  He was also pretty sure his kids would have killed him had he turned it down.

Alan’s call went a little differently.  He and Gareth Skyped and Alan assumed it was for advice on droids and motion capture.  He had done a motion capture robot in I, Robot so it made sense that that was the reason for the call. He went on with tips, how to’s, and advice. “It was really not the conversation I would’ve had if I had thought I was being considered.”

His call was actually to ask him to audition and he was offered the role by Gareth at the Star Wars celebration in Anaheim. 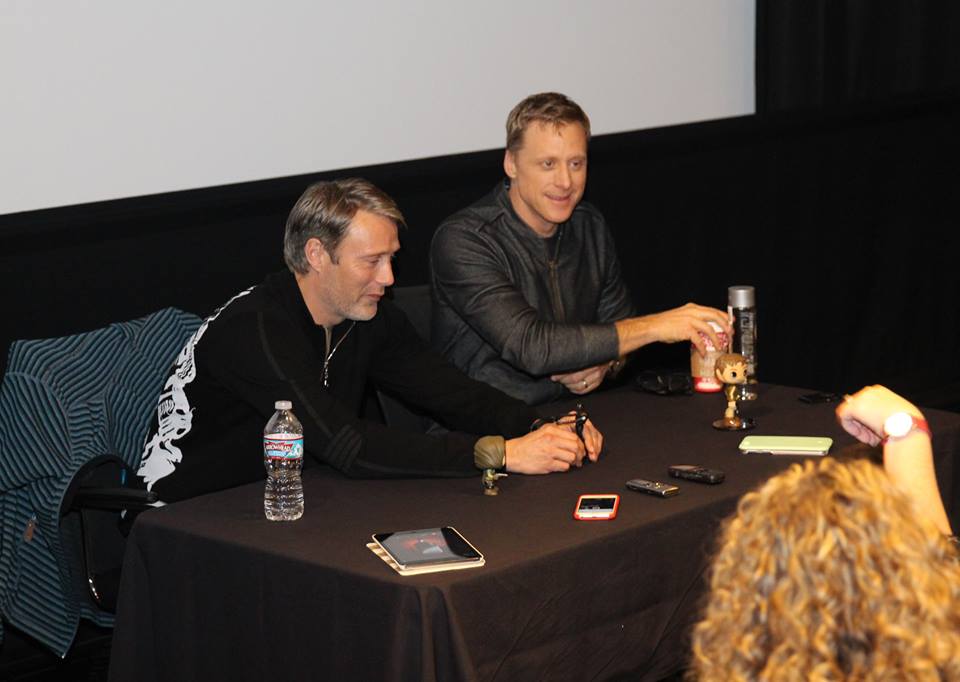 We heard from some of the cast that they had become a family and while Alan agreed it was a bit different for Mads.  He did a lot of filming with the Empire. He was part of the family, but more like the big brother off at college. He did share that he become very brotherly really fast with Ben Mendelsohn. They both had a lot of fun on set.

Alan shared that he had such a huge respect for Felicity Jones.  He described her as a leader and hard worker. “She never complained, which was annoying. I complained about her inability to complain… huge point of contention,” he laughed.

Alan was on fire for his role. No, literally on fire.  There was a battle going on with explosions.  He was wearing his skin tight motion pajamas and felt his back get hot. Turned out he was on fire. The suit was actually really flammable and they were not aware. He told us they had great pyrotechnics for the film.

Alan did have a little hesitation in taking on the role of a droid.  He wanted to be funny, but not turn into a Jar Jar Binks.  Gareth assured him that he wouldn’t allow it. He was happy with the result. 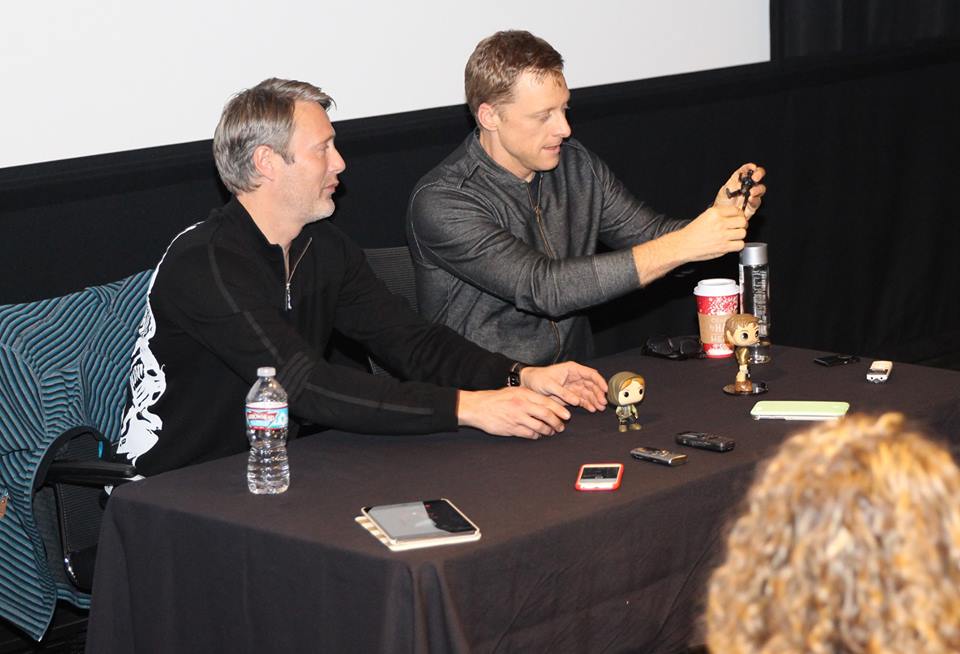 We asked them both who their favorite Star Wars characters were. For Mads it was Han Solo. He liked that he wasn’t really on anyone’s side but his one.  “It’s just something you can relate to, so you’re not the good or the bad, but you’re that guy who’s just there for the fun ride. He’ll also leave you in a second if there’s no money in that.” It was recognizable for him in a wonderful way.

Alan likes several characters and the day we interviewed him it was Obi Wan Kenobi. “He had the force. He was magic. He was wise.” 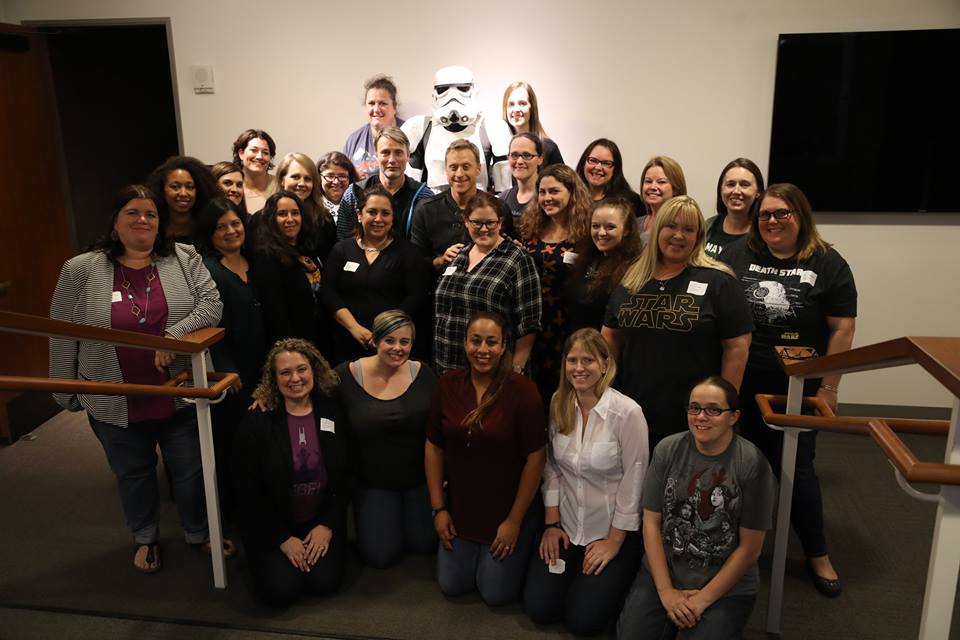 These are two of the many cast members that just might become your favorite Star Wars characters. Make sure you’re following along for all my Rogue One coverage here.