Sitting Down with Edward James Olmos 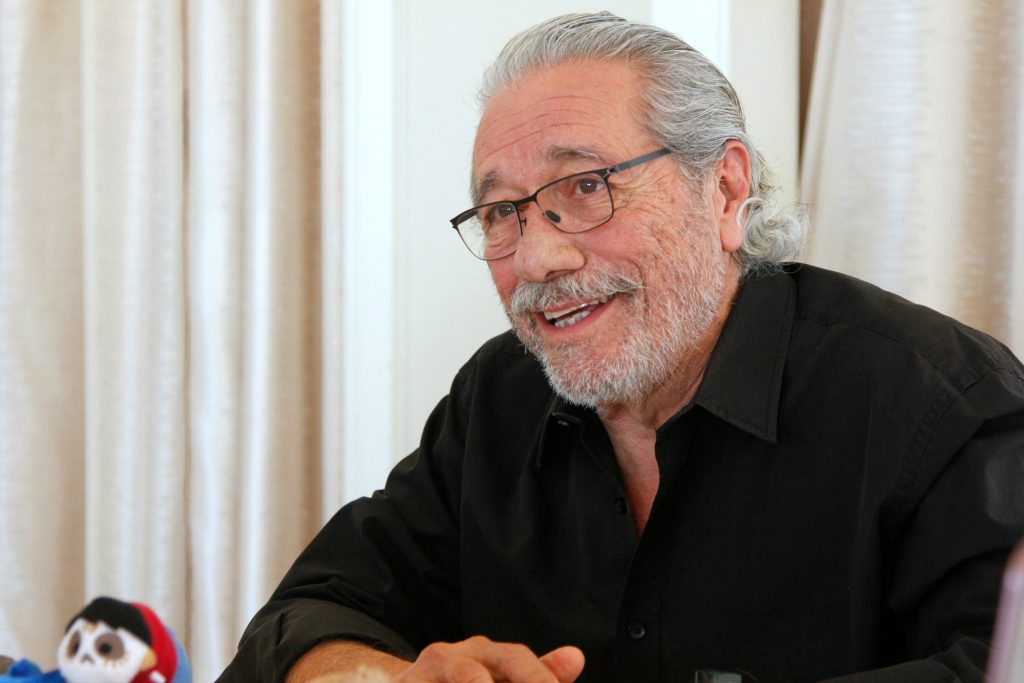 I really enjoy interviewing talent, but sometimes there are certain people that stand out more than others – that leave a greater impact on me. One of these interviews was with Edward James Olmos. He played a very small role in Coco, but it was a very important one.

Olmos voiced Chicharron.  Chicharron is a friend of Hector’s in the land of the dead.  His character does a fantastic job at explaining what happens when you pass away and if you’re forgotten.

We asked him what statement he felt the film made and he said it was pretty simple. “The film itself is very direct in making you feel that the Day of the Dead is a very needed moment in everybody’s life. Everybody has their own way of dealing with their past and where they come from and each culture has their own way of doing it. It’s wonderful when you learn about it, but this is the first time that I’ve ever seen this explained so simply.” 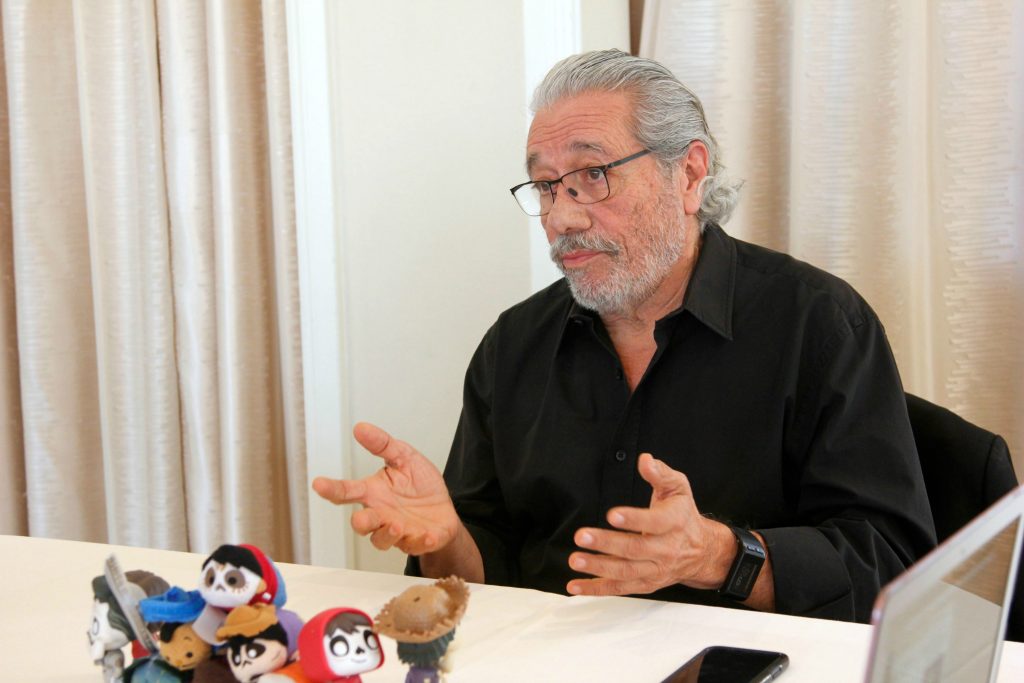 That’s why he took the role. He describes it as a cameo who’s intrinsic to the story. In fact when interviewing Benjamin Bratt he described the scene with Chicharron as his favorite moment and describes it as being “punched in the heart”.

While talking with Olmos he shared memories of his grandparents and great-grandparents – they’re why he is who he is.  “You start to get into your memory of where you come from and who made you that way especially with your parents. You start with them, but this was very emotional for me. Even right now thinking about it I get emotional.” 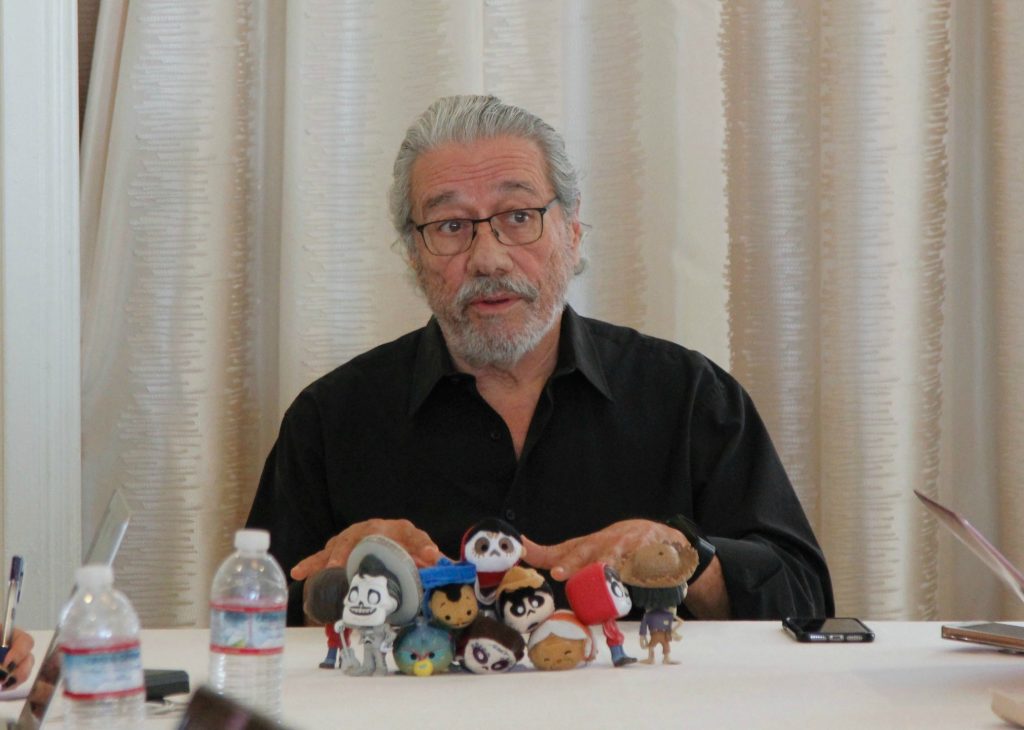 He talked about how he missed his father and grandfather everyday. He would walk daily with his grandfather and ask him all sorts of questions. As he was talking all I could think of was what a cool grandfather he would be. I could sit and listen to his stories and wisdom all day. 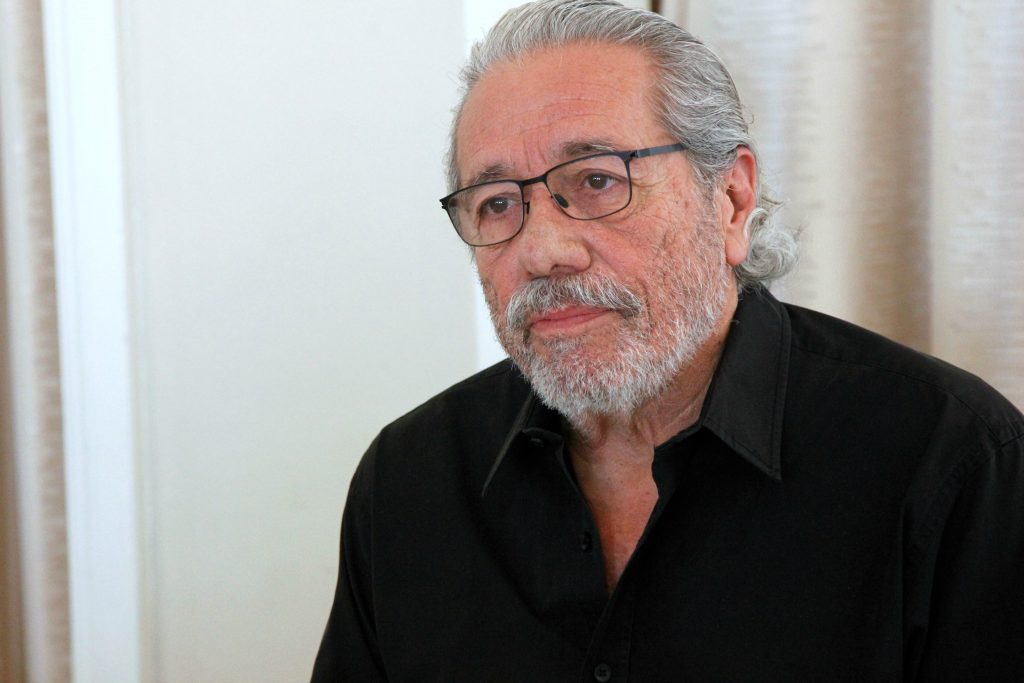 He shared a personal story of his grandfather and stop signs. He taught him that a stop sign means more than to literally just stop – we need to stop and look around and enjoy the world. So every time he sees a stop sign, he is reminded to stop and take a breath. 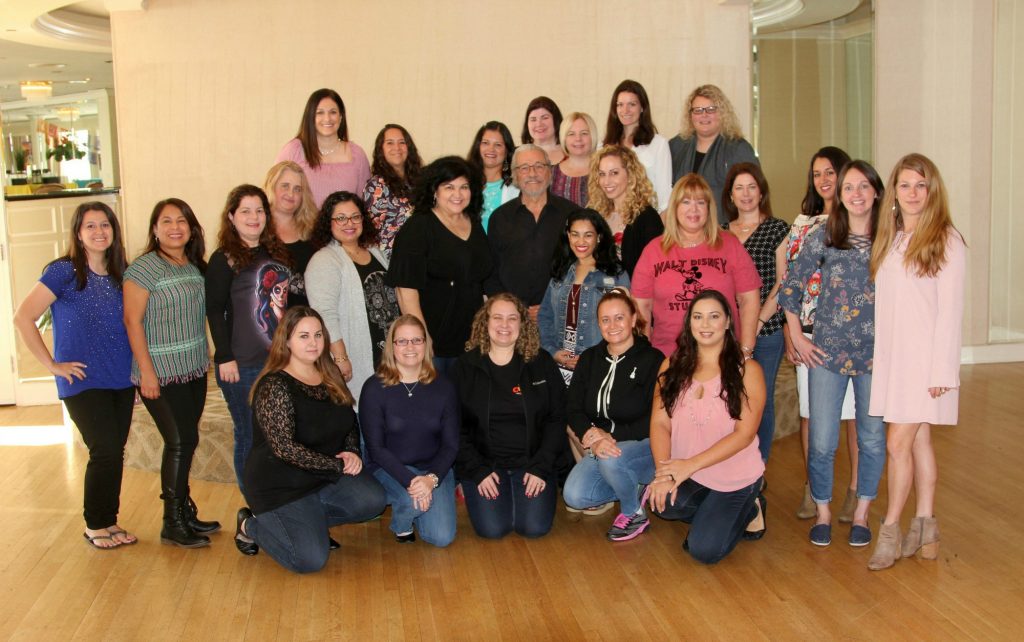 The follow up question was how he thought we could avoid being forgotten. His advice was to be happy around those that you love. It’s all about perspective. Rather than waking up and thinking about all the stuff you have to do you need to be thankful you woke up. The key is to be thankful for everything.  “I wake up in the morning, I’m thankful and when I go to sleep, I’m grateful. Those two moments in my life are consistent.”