Chatting with Benjamin Bratt about Coco 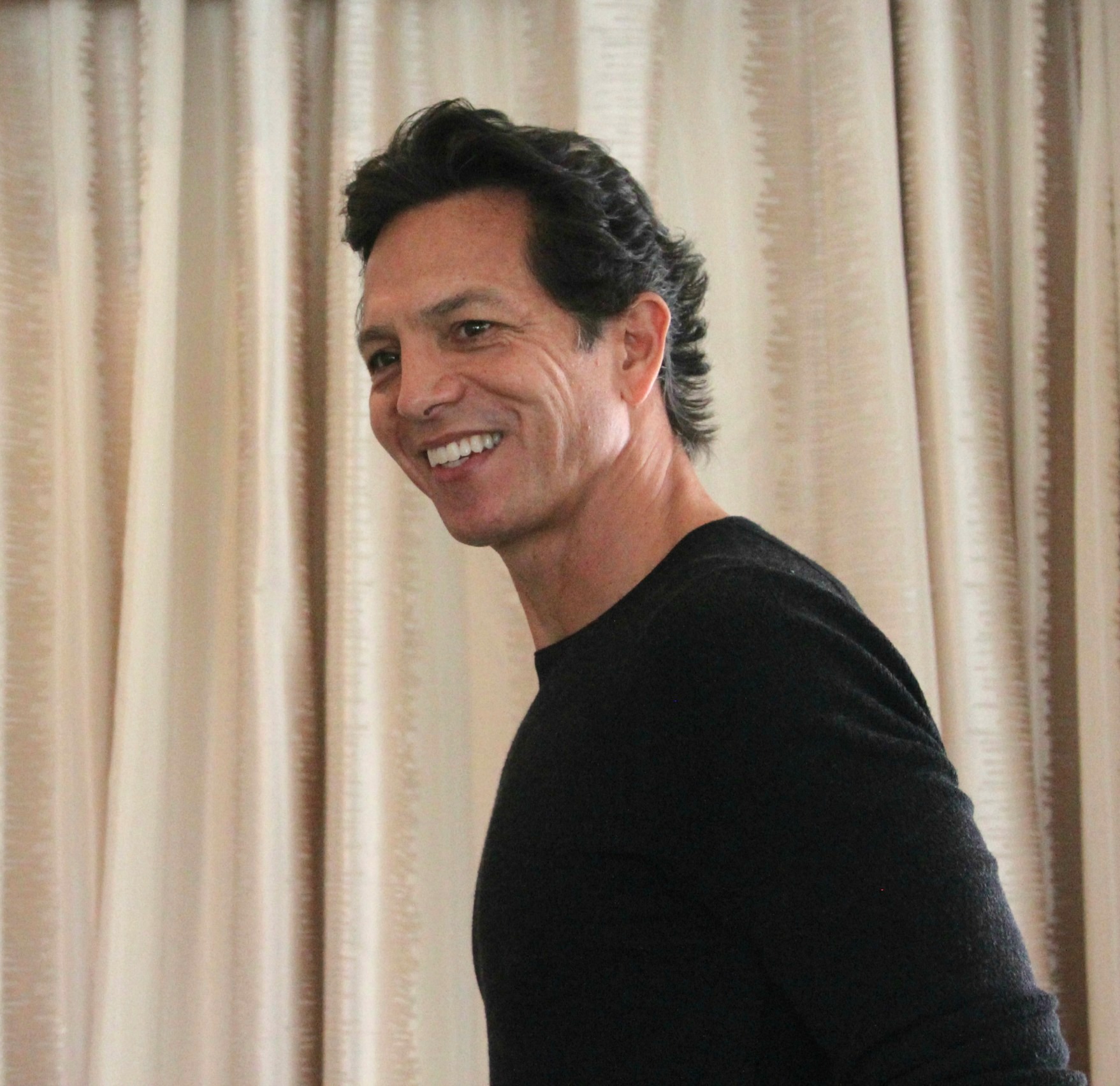 I had the opportunity to sit down with Benjamin Bratt who voices Ernesto de la Cruz in the Disney Pixar movie, Coco.

Ernesto de la Cruz is the powerful and macho lead you’d expect in any novella.  Bratt did draw inspiration from Pedro Infante, Jorge Negrete and Vincente Fernandez by watching YouTube videos of them. 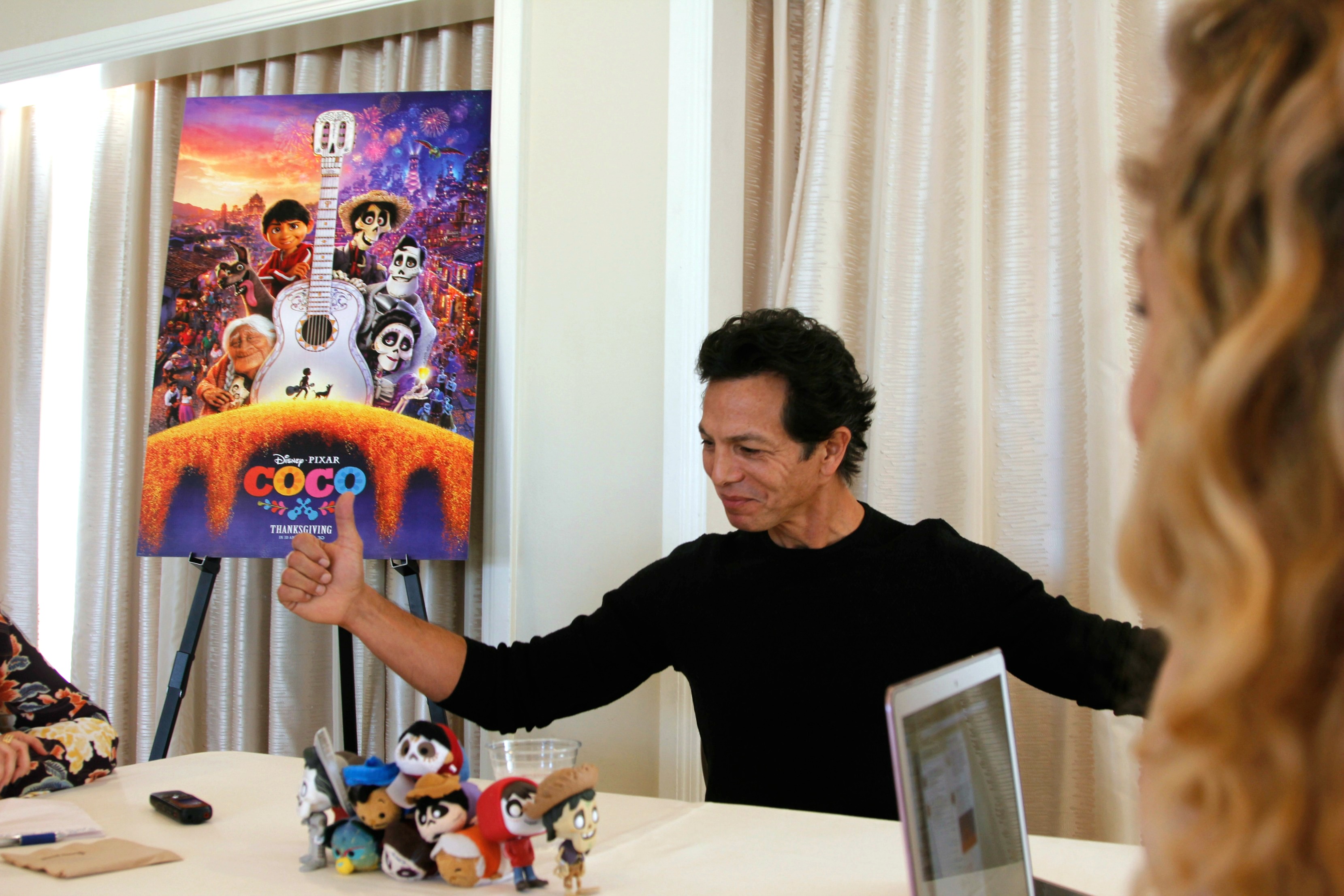 “There’s real star power.” he explained, “They were like the Mexican versions of Frank Sinatra.” He continued to tell us that not everyone has that magnetism so it has to be created. In order to do that he just tried to be larger than life and joked about the fact that he was thankful they drew Ernesto. “That’s a good-looking skeleton. His hair was perfect.” 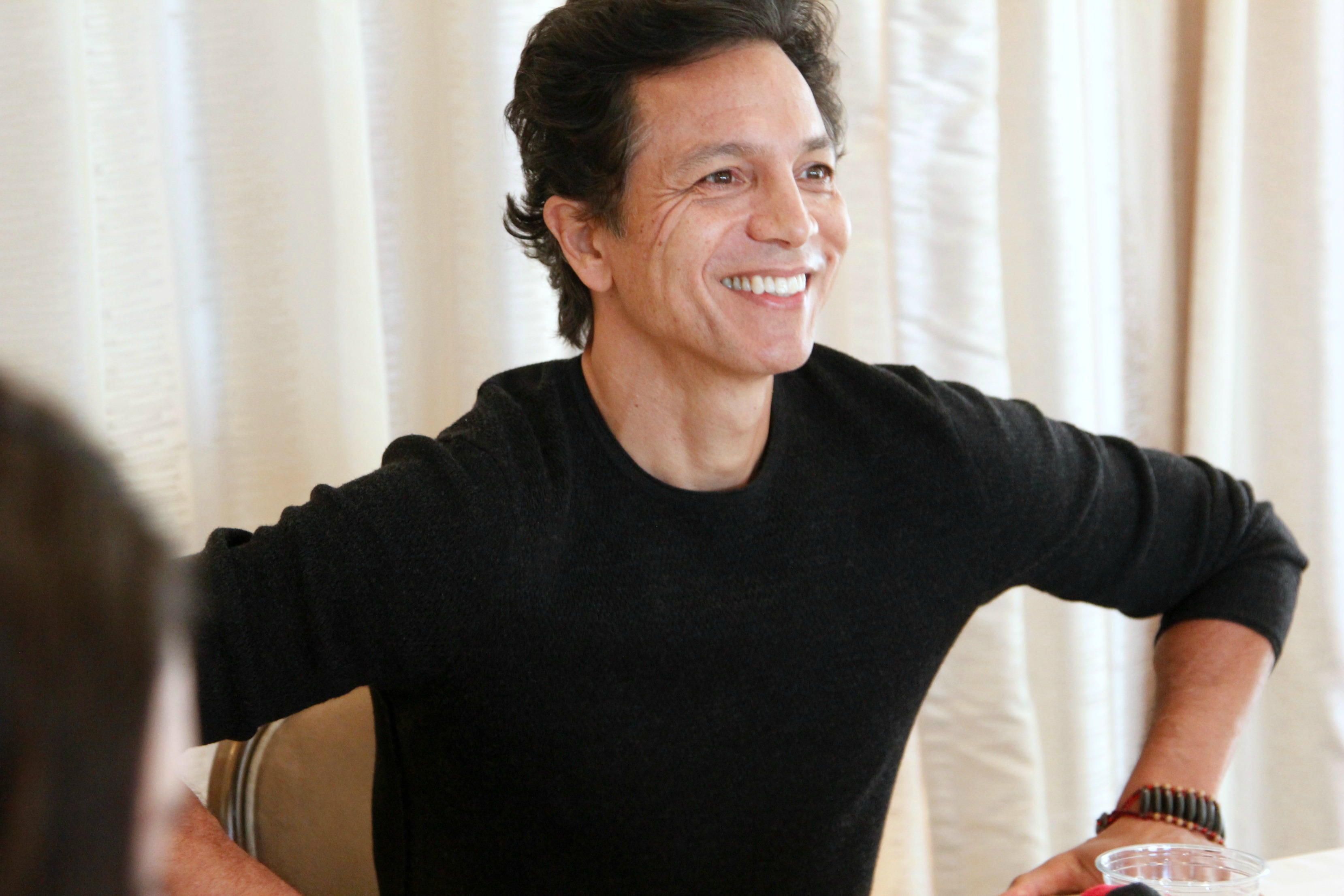 We chatted about the premier that we had attended the night before and how amazing it was.  “I’ve been around the block a little bit and that was probably the most spectacular, most heartwarming, most fun premier I’ve ever been to.”  I also learned that it was the first time he had seen the movie in completion.

He shared how he was affected by the beauty of the artistry.  He described it as “powerful”.  When we asked him if there were any moments that choked him up he explained it was more like a handful of moments.  He shared his favorite moment with us and describes it as being “punched in the heart”.

I didn’t realize that Benjamin Bratt could sing.  Apparently neither did he, but he has always wanted to be one.  “I’ve always said I’d give my left big toe to be able to be a balladeer like Marc Anthony.” He felt it was pretty ironic he was meant to play the most famous singer and musician in Mexican history.  He was provided with an instructor and recorded every song he sang in the movie and does a fantastic job. I guess his dream of being a singer came true. 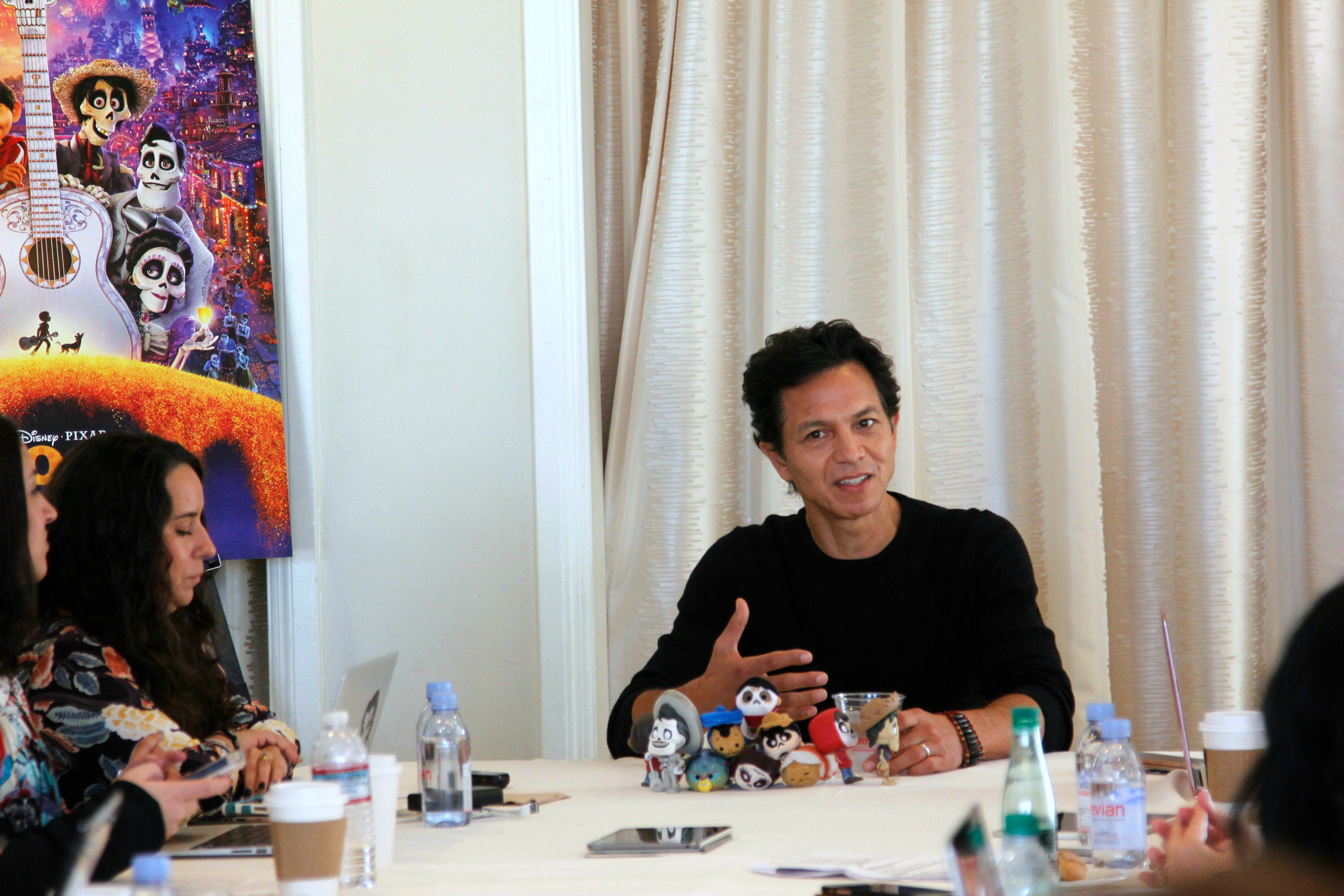 Coco does deal with the idea of death which can sometimes be difficult to talk about, especially with children. We asked if felt this movie would help parents when trying to bring up the subject with their children and he thought it would. “This story views death as a kind of celebration, as a continuation really of what we are and who we are. It’s not something to be feared, but something to realize that it’s part of the natural cycle of life and that you can in fact stay connected to the people that you love.” 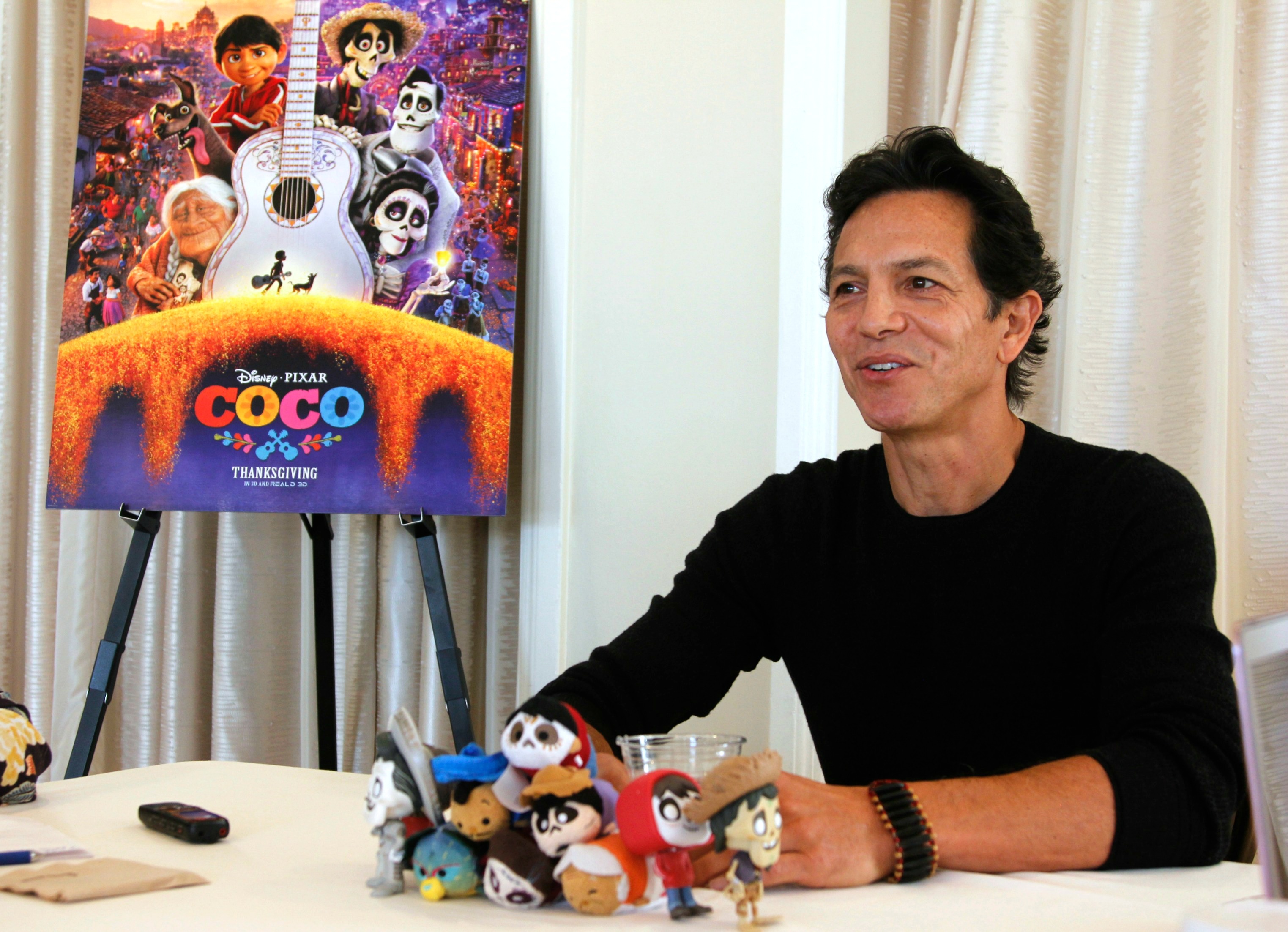 We followed that up with a question of how he wanted others to remember him after he’s gone. “If I am to be remembered at all I would hope it would be for my kindness or my generosity, for the love that lives in my heart for people that I hold near and dear. And for someone who tried to live his life with integrity. Oh, and he was a fun guy.” 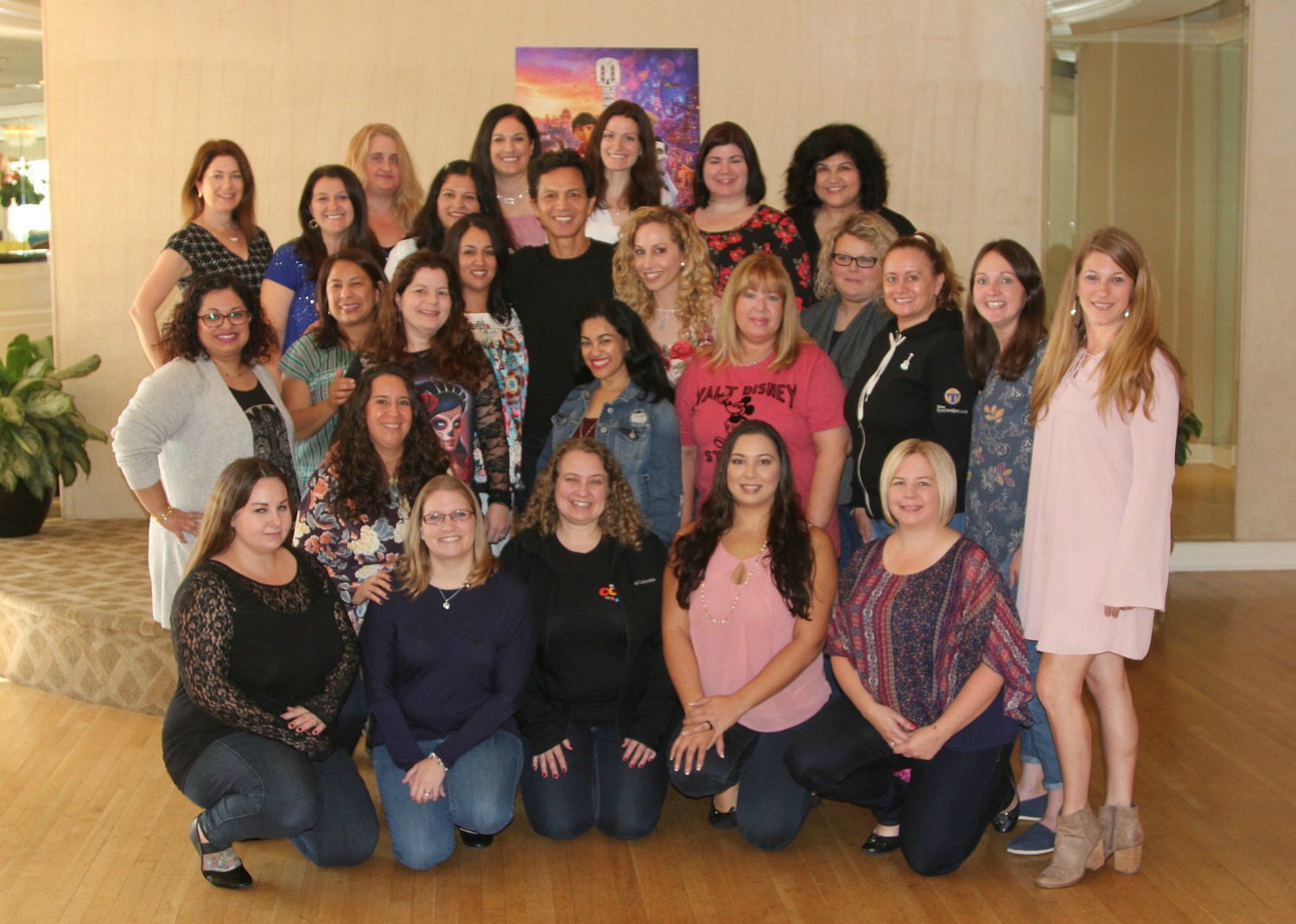 I really do think all of that shined through as we talked to him. Our final question was what lesson he wanted to pass on to his children. This was my favorite answer of all.  “To have compassion, to be empathetic, to recognize that wherever you come from, whatever your gender is, whatever your sexual orientation, whatever your religion is, lead with kindness, lead with empathy and lead with love.”