Chatting with the Creative Minds of Coco 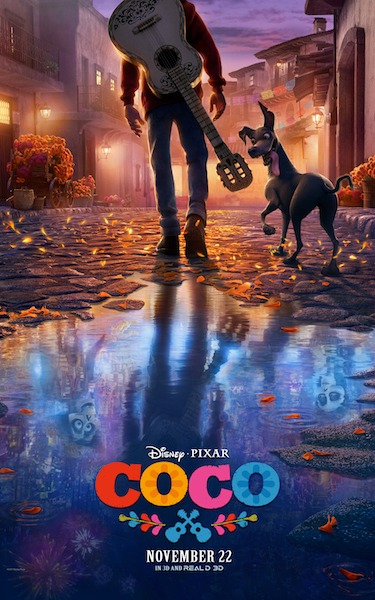 Disney Pixar’s latest animation, Coco, is a beautiful story about family. While out in Los Angeles I had the amazing opportunity to sit down with some of the creative minds behind the movie. 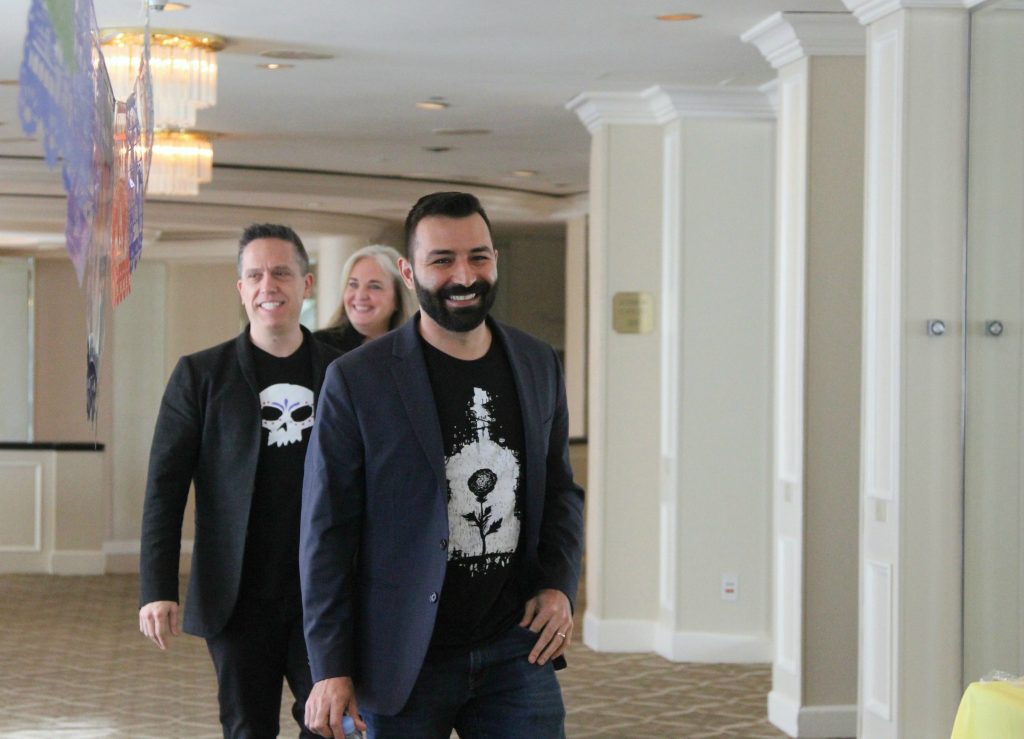 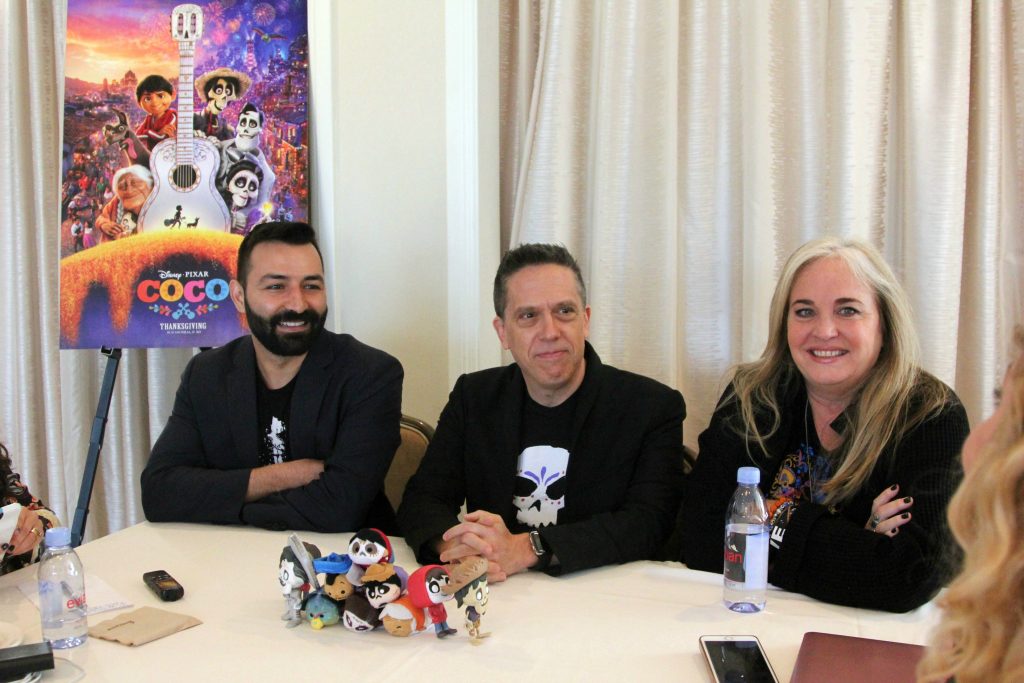 One of the first questions we asked them was why they like making us cry so much. If you’ve seen the movie you know.  If you haven’t yet you should fix that, but know I have no spoilers ahead.

They had been working on Coco for 6 years and had the idea of how they wanted to end the movie very early on. Over the years they continued to refine the movie and change the story leading up to that point. “We had to just trust in that initial feeling that we had when we first put that scene up.” Unkrich told us. 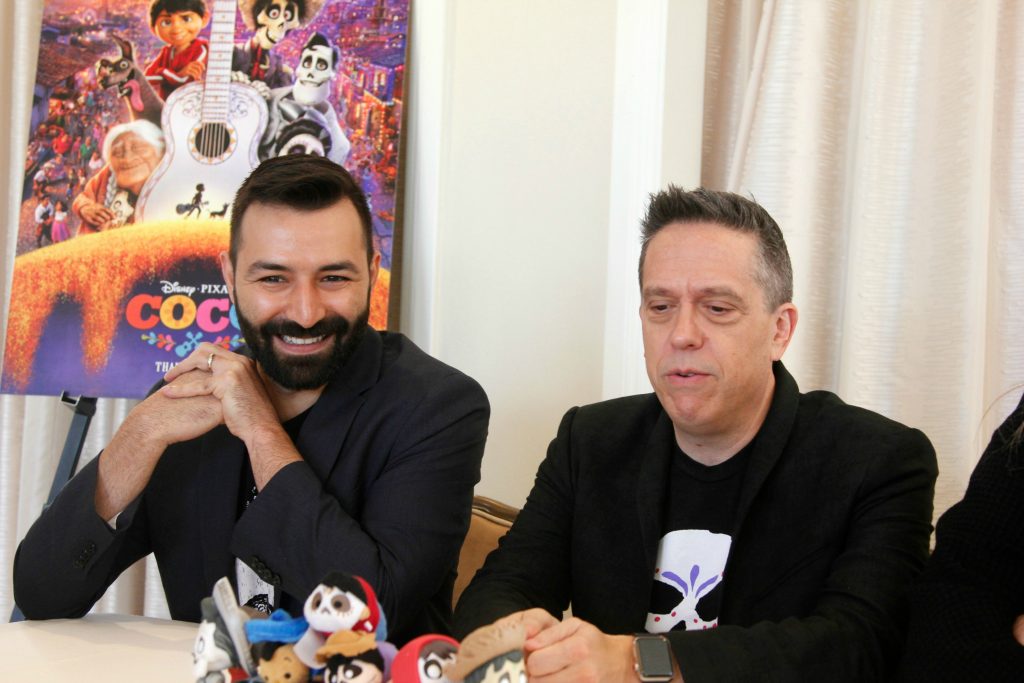 Unkrich shared that when he feels genuine emotion when watching a movie it really sticks with him.  For him making an audience feel something personal is the most satisfying.  There’s never a guarantee, but it’s what they try to do when making movies. 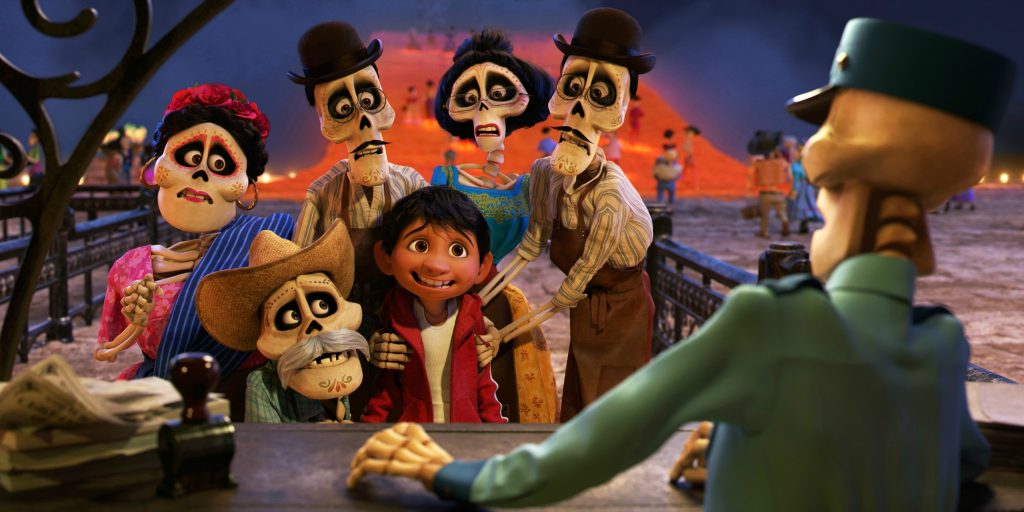 Anderson explained to us that in order to get all the “feels” you have really know a character and go on an adventure with them.  “We have to earn all of that emotion. So, it comes out of a multitude of the emotions from the movie.” 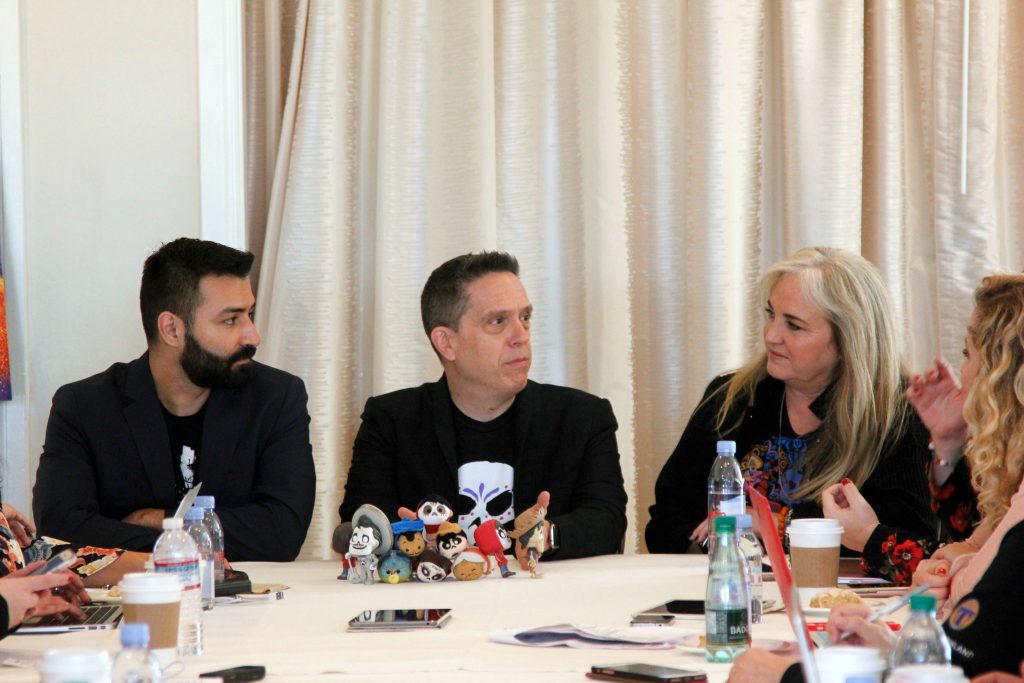 If you scroll through the talent in the movie you’ll notice they all have something in common. The cast is all Latino.  Unkrich said it was non-negotiable – with the exception of Ratzenberger. They weren’t about to break that spell.  While it made casting a challenge it was really important to them and they felt it was the right thing to do.

They even tried to fill the film with as many kind of famous Mexican celebrities they could.  Some many will recognize, but others would only be for those who grew up in Mexico. Some of those celebrities include: Pedro Infante, Jorge Negrete, Cantinflas, Maria Felix, El Santo, Esquivel!, Diego Rivera, and Frida Khalo.  “Miguel is this kid who wants so much to use his music to connect, but he doesn’t have the the role models to be able to help him on that path,” shared Molina “so what a wonderful opportunity to lean on these Mexican icons who used their art to change the world and let them be the kind of characters that kind of inspire him and push him.” 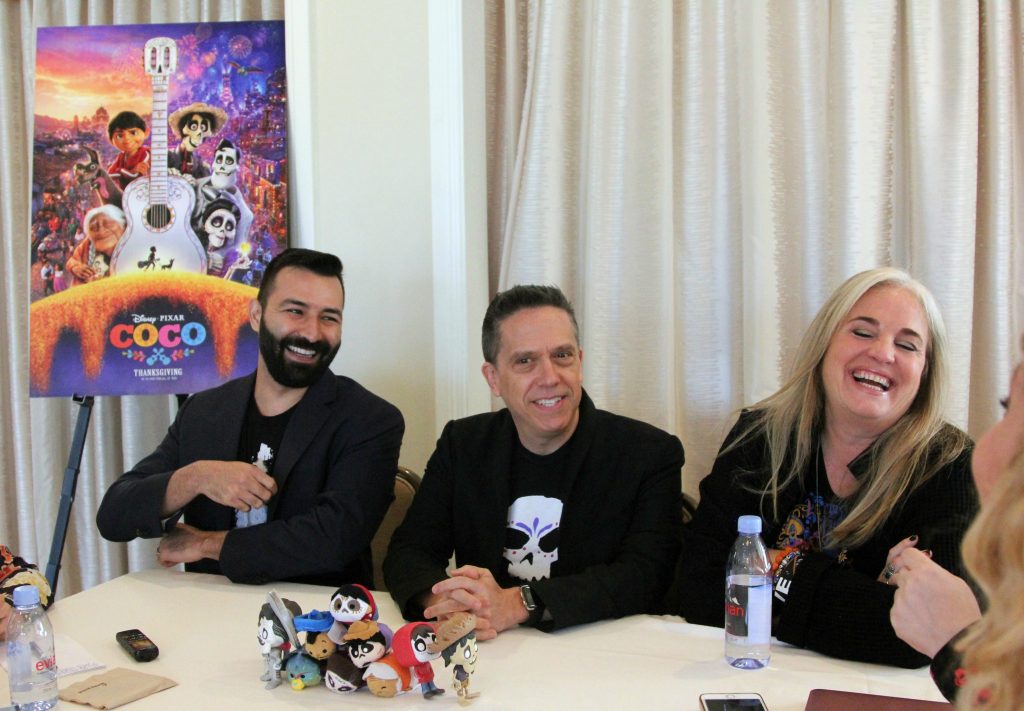 They had the movie premiere in Mexico which was really important to them.  They did a lot of research and the effect of that research was overwhelming.  “We were meeting these families and we were making these friends, and we were collaborating with artists all over Mexico. The least we could do was to pay homage to the beauty of the tradition and the place where they came from.” Molina explained.  They were thrilled to have the opportunity to have the premiere in Mexico city at the Palace of Fine Arts.

One of the challenges they had was the fact that Day of the Dead is a tradition that a certain portion of the audience would be very familiar with while another very large portion doesn’t have a clue.  It took them a while to figure out how to invite people in  who weren’t familiar without slowing it down too much for the people who were.  I’ll admit I was in that large portion with out a clue and they did a fantastic job.

Unkrich told us that they were always striving to make a film that felt timeless.  I believe they hit that mark.  This is one of those movies that I’ll be watching over and over again. 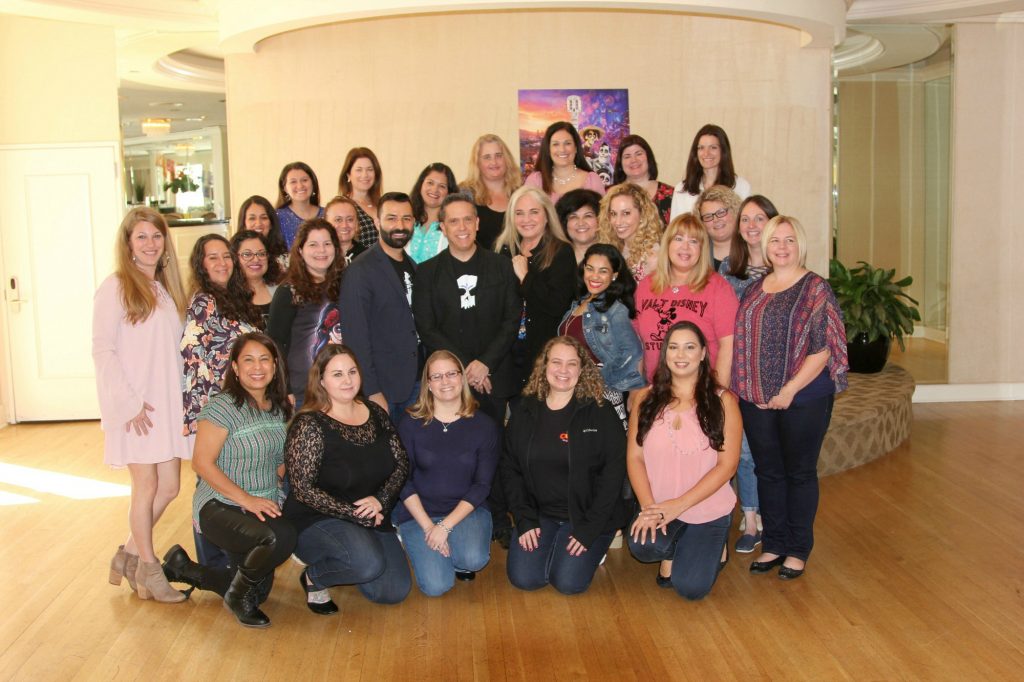 Our final question was what they wanted others to remember them for.