I was watching Ice Road Truckers awhile back and had to giggle. While I know it’s a reality TV show I didn’t realize how much some things were exaggerated. On one of the shows there was a driver that drove all through the night. He looked totally exhausted and said to the camera, “I’ve been driving 16 hours and still have a few more to go.”

The problem with that? You’re only allowed to drive 11 hrs at a time. After that you have to take a 10 hr break.  And you can be fined if you break the rules so there’s no way a driver would announce that to the whole world. 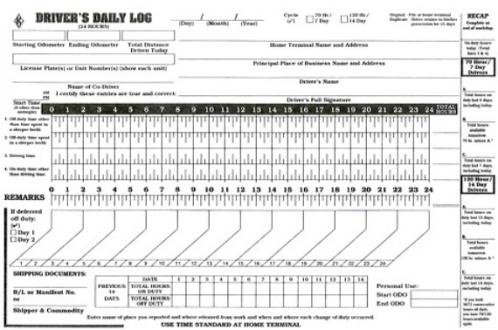 Yes, there are rules and restrictions on how much a driver can drive. No one wants an overly exhausted person at the wheel of an 80,000 truck.  That could be deadly. All drivers keep logs on their daily activities.

11-Hour Driving Limit
May drive a maximum of 11 hours after 10 consecutive hours off duty.

14-Hour Limit
May not drive beyond the 14th consecutive hour after coming on duty, following 10 consecutive hours off duty. Off-duty time does not extend the 14-hour period.

Now there’s more rules than just those two, but my point is that truckers have these rules and abide by them for their safety and the safety of those around them.