A few years ago there was a show on TV called Cristela. I was an instant fan and terribly sad that they cancelled it. That was the first time I had ever heard of Cristela and I loved her. My husband and I watched some of her comedy shows. She’s hilarious! So when I found out that she was voicing Cruz Ramirez in Cars 3 I was excited. When I found out I was going to the world premier and interviewing her I was ecstatic! 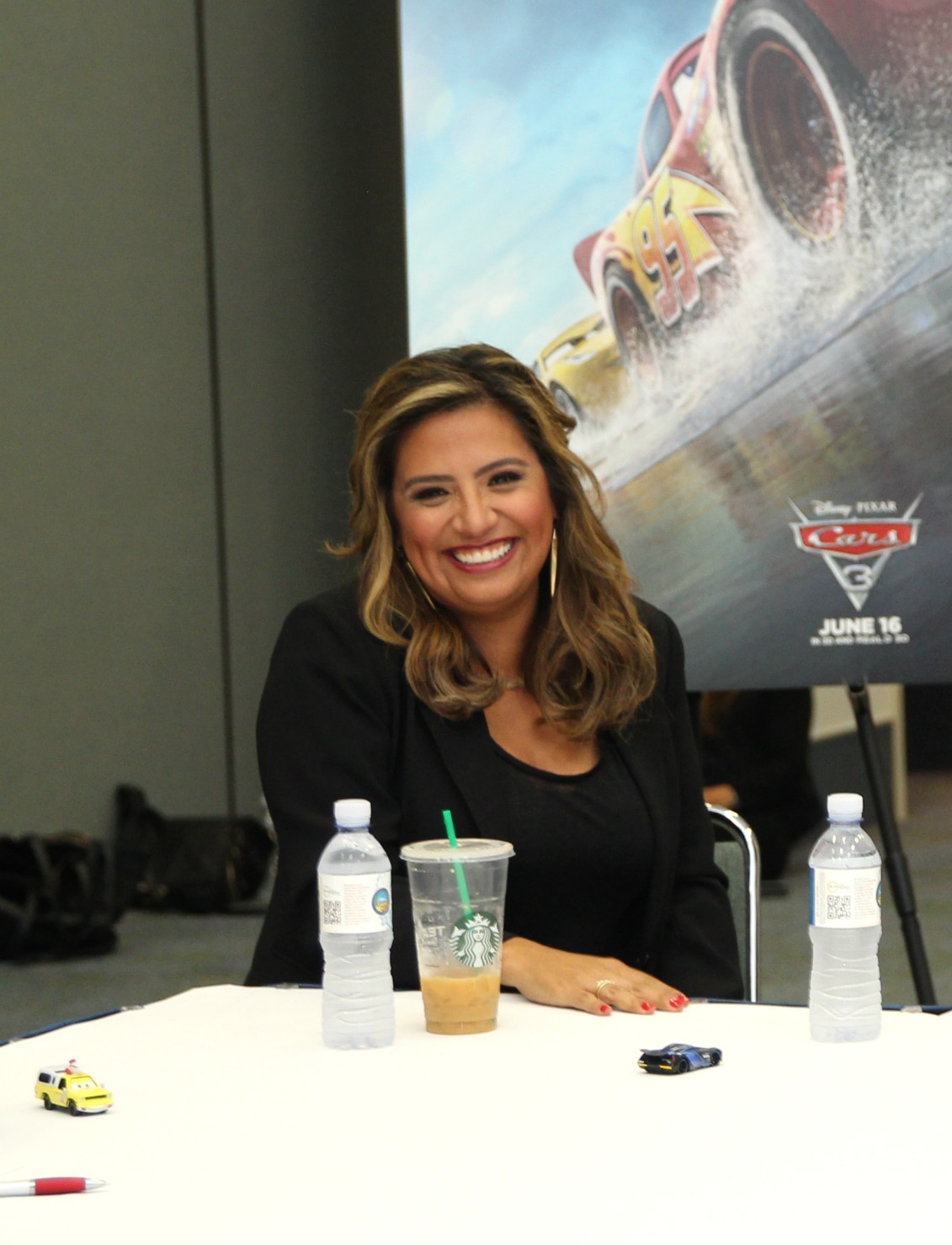 When Cristela entered the room she was exactly what I expected only she was “in person”. It was so much fun to hear her crack jokes and make snappy comments.  She’s exactly as I imagined only better. I knew she was funny, but there was so much depth to her as a person that I was pretty blown away. 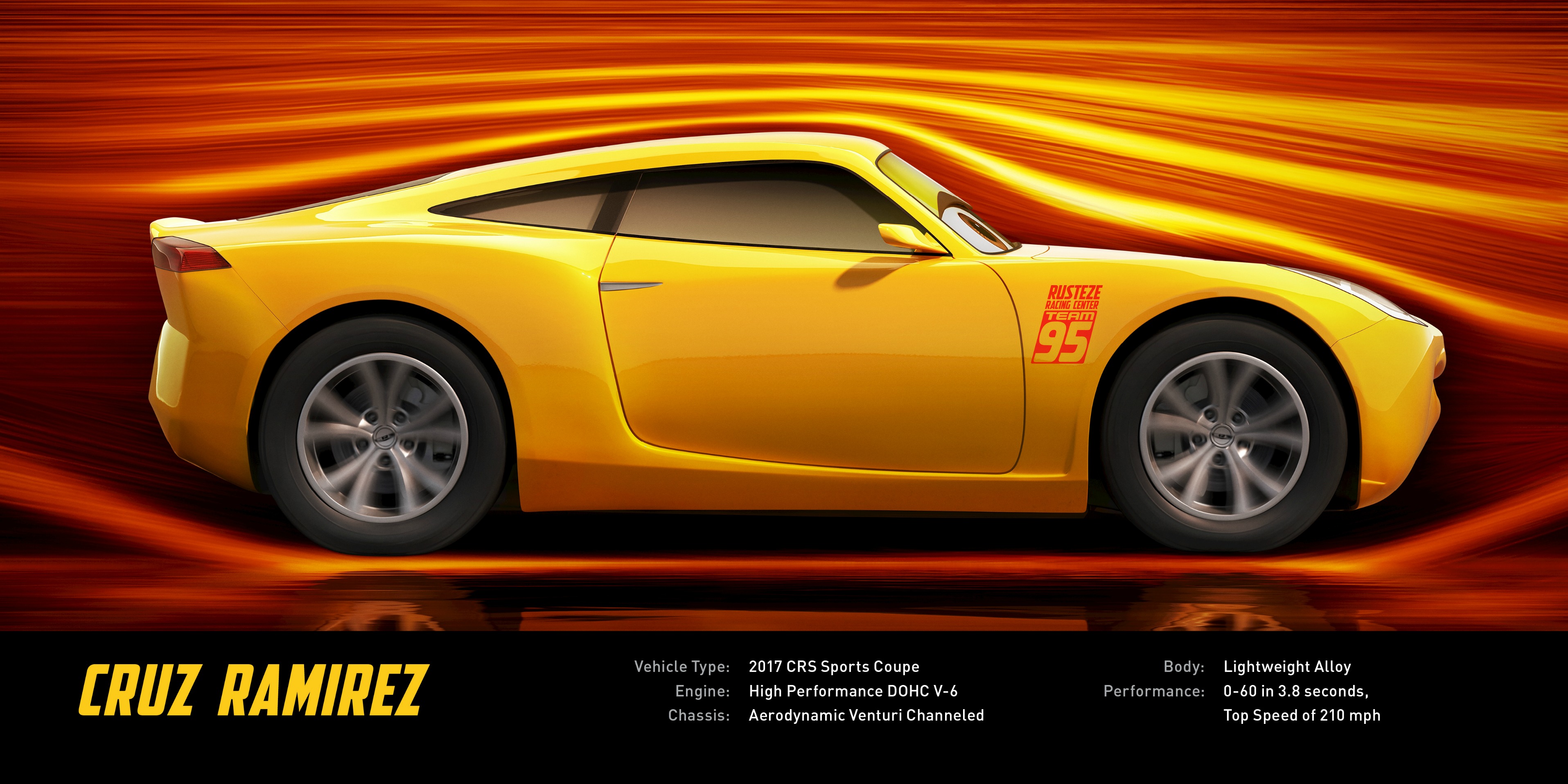 Earlier in the day I interviewed the director and producer of Cars 3 – Brian Fee and Kevin Reher. When the whole idea of Cars 3 was born the character of Cruz was originally a male character. They had been working on it for 5 years with the name Cruz Ramirez and decided to try a female. 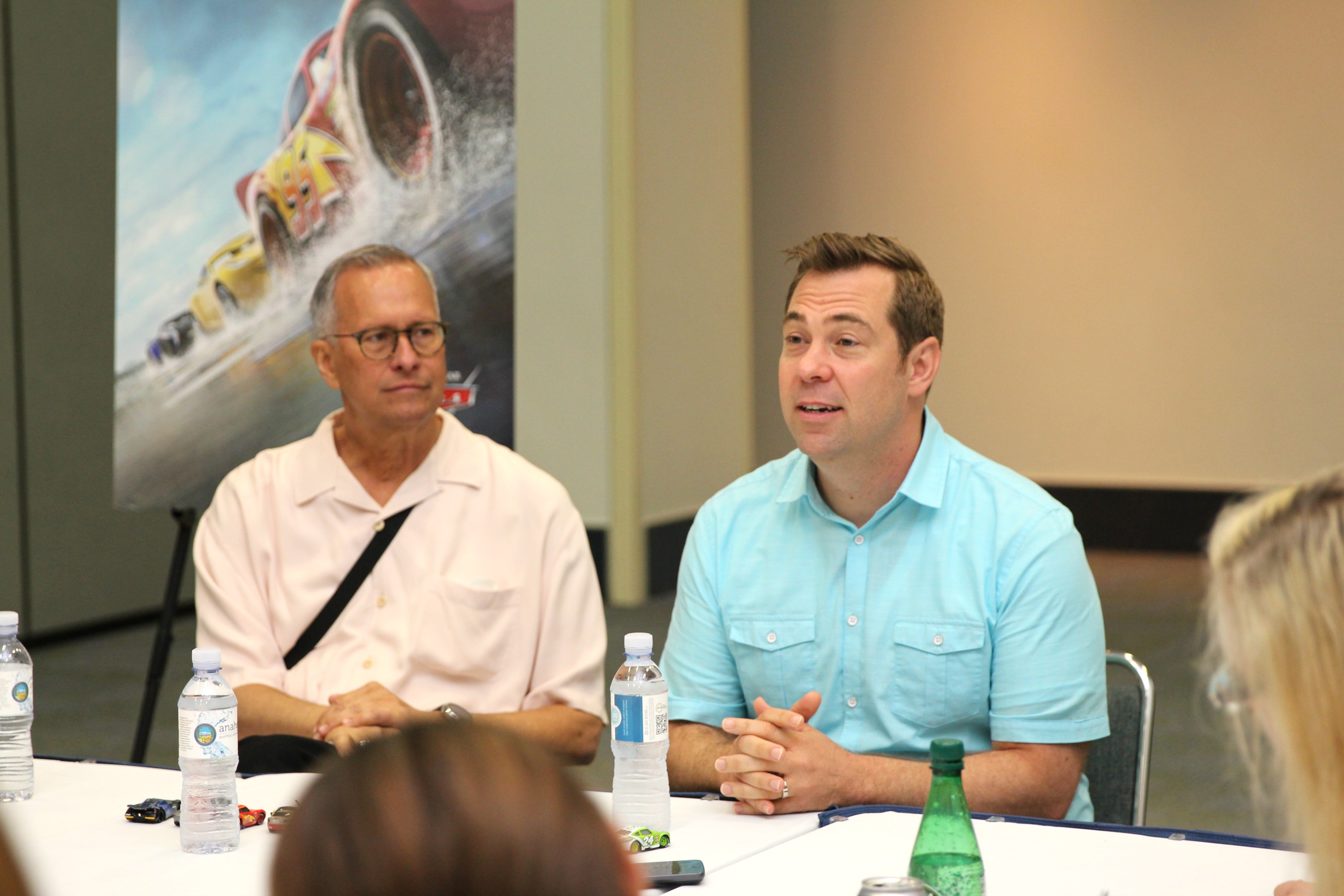 They shared that Cruz might have been the hardest character for them and that Cristela actually informed how they wrote that character. “If you line up a bunch of people in a room that are going to audition and they’re all wearing gray sweaters, Cristela was the one who’s voice was like the bright red sweater.”  They fell in love with her humor, her liveliness and her infectious laugh. 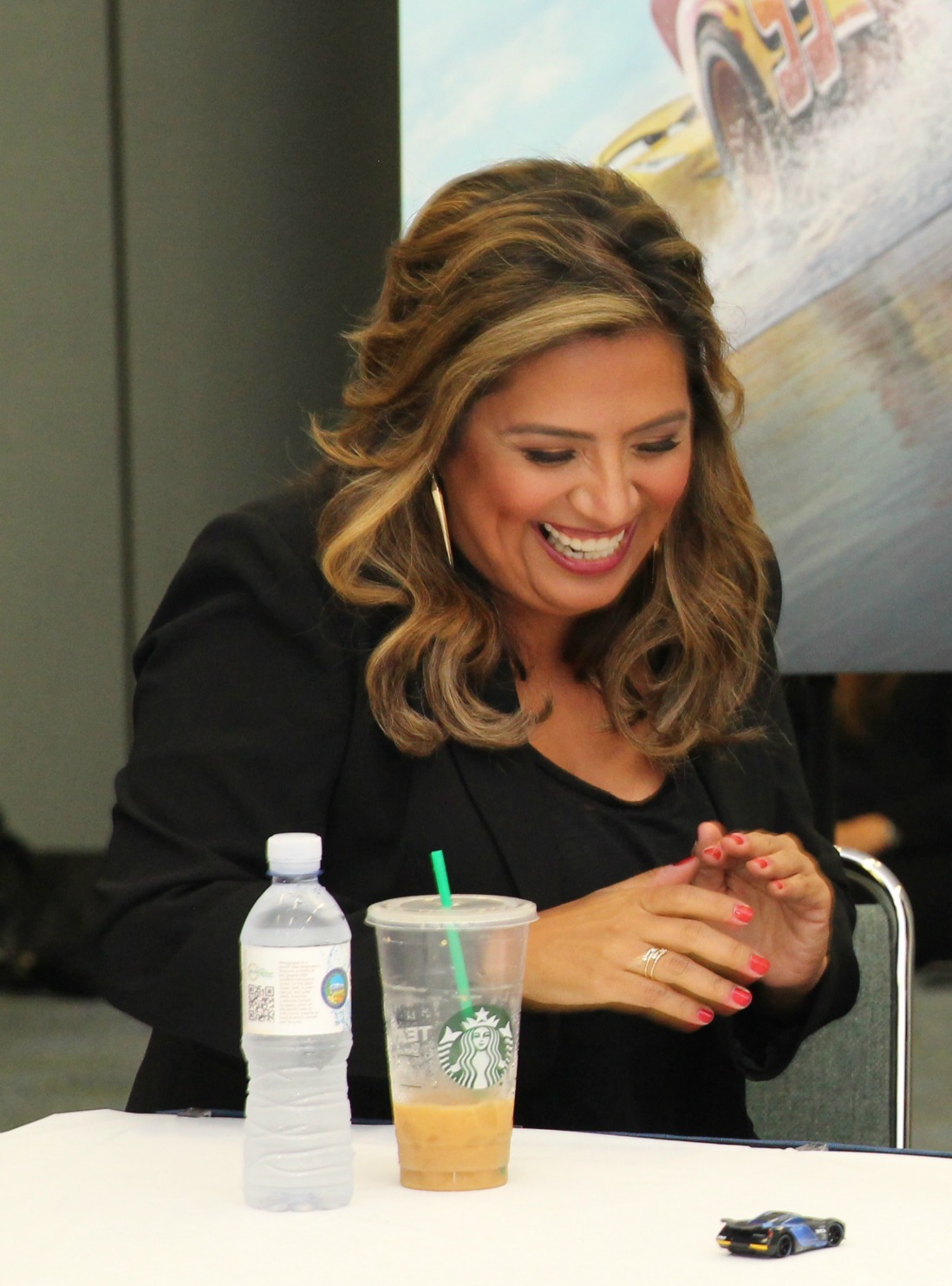 There’s a part in her comedy act where she stops telling jokes and she gets really serious talking about her mother. As they were talking about it I recalled hearing it in her comedy act. It’s very touching stuff for her. They told us that was when they knew she was the right one. They ended up rewriting the character because Cristela had a story about growing up wanting to be a comedian in a border town in Texas and her mother told her “we don’t do that, we clean houses”.

Cristela expanded on that when sharing the message she wanted her character of Cruz to convey. 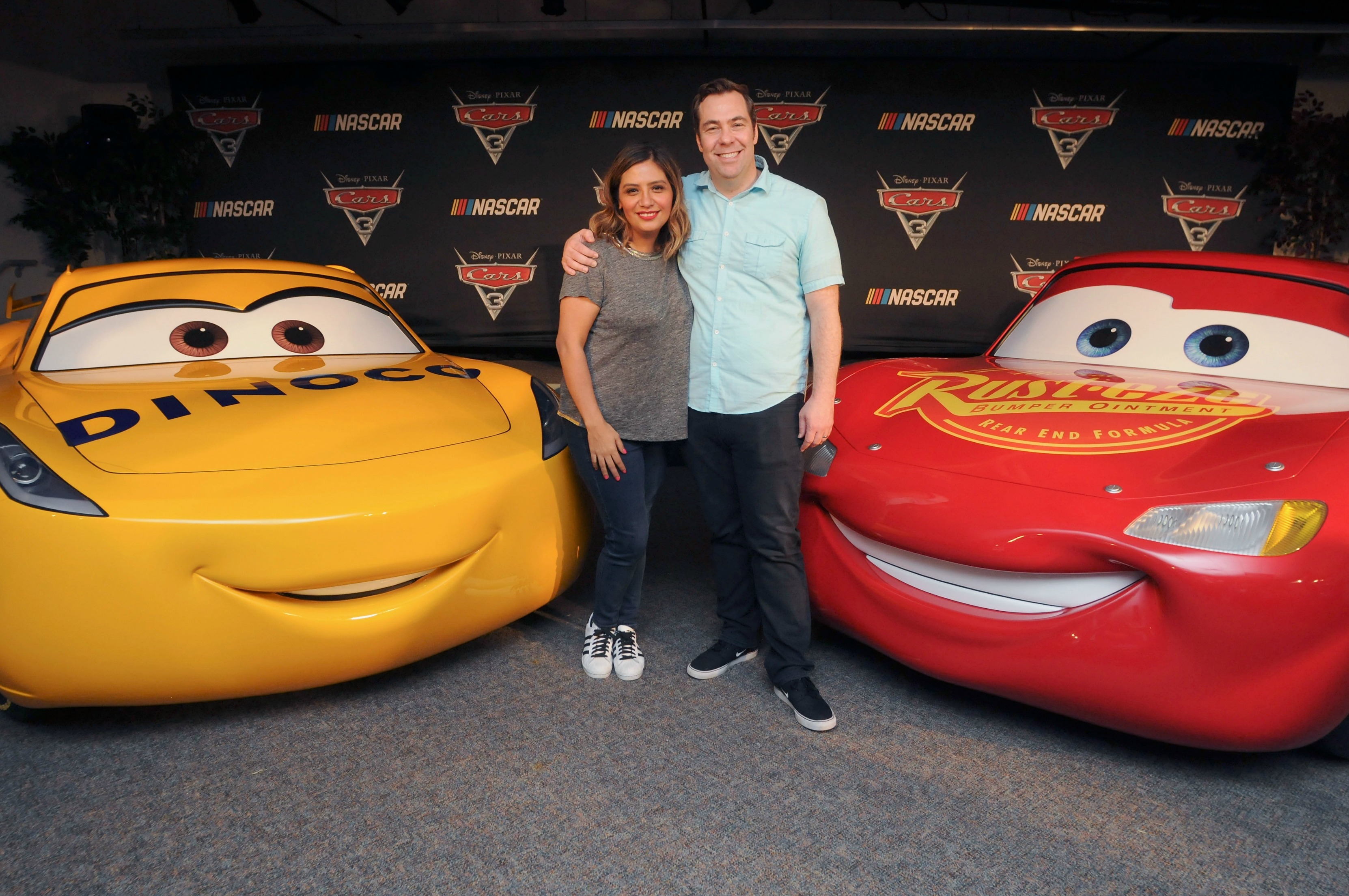 There was a movie screening in Arizona.  They told Cristela about how the girls at the screening in Arizona couldn’t understand that Cruz had won the race. They even had to ask their mothers if they had understood the story correctly. “It’s such a simple story that she would win the race, yet it never occurred to anybody that she would win it. You never even think about it and then when you see it – you think wait a minute, she can absolutely win the race. Why can’t she?”

Cristela went on about what a weird thing its that there are little girls that see this win and they don’t even believe it. They can’t believe their eyes and it shouldn’t be that way.  She wants all kids, especially girls to know that if you’re good at something then you can win. “If you’re the best, it doesn’t matter if you’re a boy or a girl. You just have to be the best and try hard, and that’s the best take away from this story.”

ROAD TO VICTORY — When faced with a new generation of racers who threaten to derail his career, Lightning McQueen (voice of Owen Wilson) teams up with tech-savvy, unconventional trainer Cruz Ramirez (voice of Cristela Alonzo) to find his way back to the top. Directed by Brian Fee, produced by Kevin Reher and co-produced by Andrea Warren, Disney•Pixar’s “Cars 3” opens in U.S. theaters on June 16, 2017. ©2017 Disney•Pixar. All Rights Reserved.

The kind of hood that she grew up in (her description, not mine) everyone always told her that you she couldn’t do anything.  The neighborhood was very quick to knock you down a peg.  John Lasseter took her story and  ran with it.  In fact there’s even a line in Cruz’s speech where she’s upset at Lightning McQueen.  Th line is “dream small”.  That was actually a line that Cristela had shared with Lasseter about her family.  “My family always told me to dream small.  They told me to dream small because they didn’t want my heart broken.”

Being that the relationship of Cruz and McQueen is one of mentorship we asked her who her mentor was.  The first was her mother who passed away years ago and then she mentioned her drama teachers from high school. Her school was 99% Mexican and they put on all sorts of plays like the Diary of Anne Frank.  She laughed as she told us of the Mexican Anne Frank production, but contrasted it with the fact that she never thought it was weird. Her teachers taught the students not to limit themselves.  “I don’t even think my teachers realized what a great lesson they were giving me.” 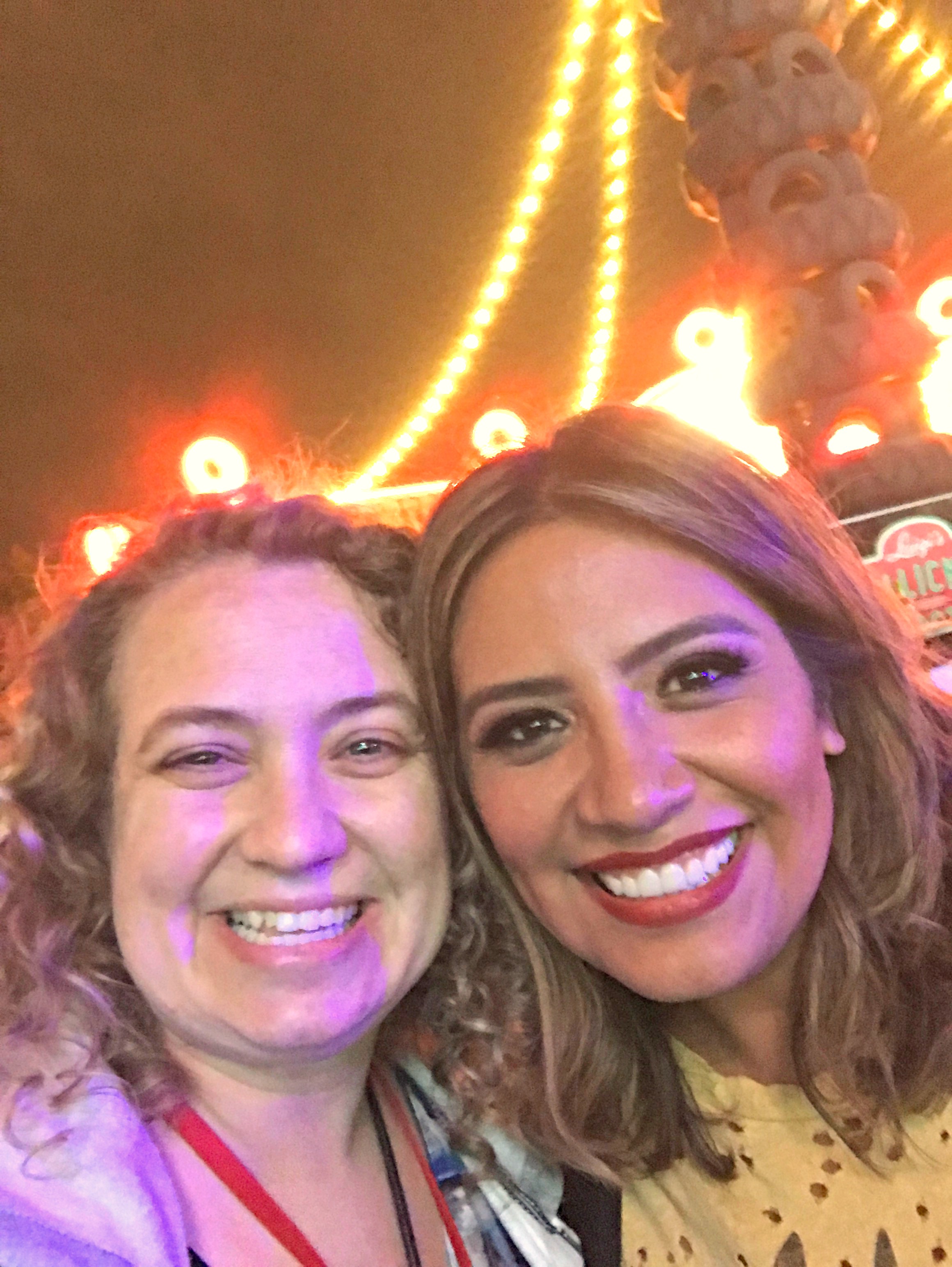 Selfie with Cristela at the Cars 3 After Party

I’m so glad she didn’t dream small and that she never allowed herself to be limited because she is an amazing actress, comedian, and inspiration to others.

There are certain interviews I do that make me love the actor and/or actress even more and this is definitely one of them.  Cristela Alonzo is a fresh and positive role model.