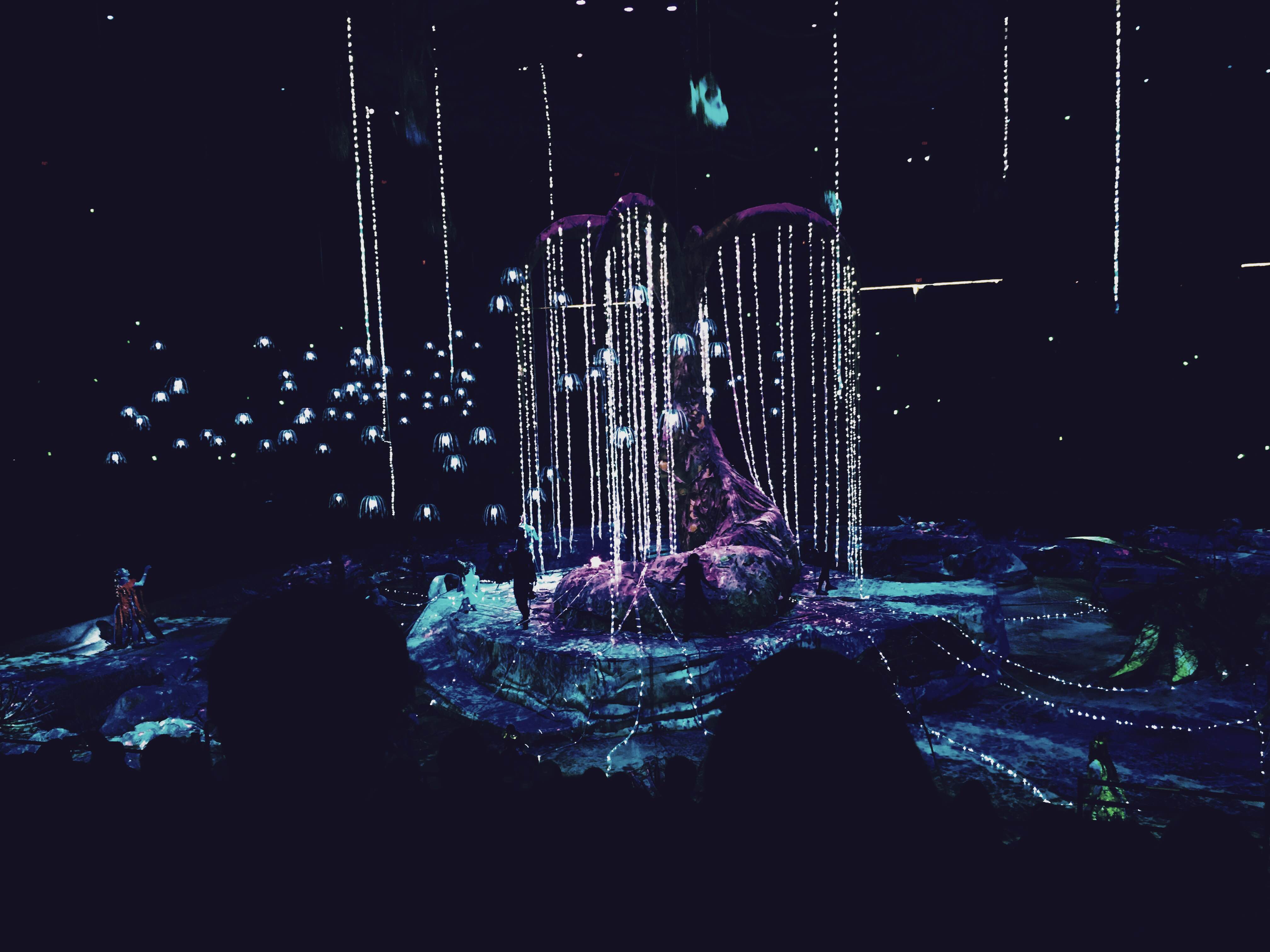 Hey guys! This past Thursday I had the chance to see Cirque du Soleil’s new show, Toruk – The First Flight. So I’m here to tell you all about why you should catch these flying blue-creatures in action before it closes next weekend!

I should start by mentioning I’ve never seen a Cirque du Soleil show before, so I can’t really compare it to their others. I went in with some pretty high expectations though, because come on, who hasn’t heard of the crazy things they pull off in their stunts? I can say this though, it really blew my mind. 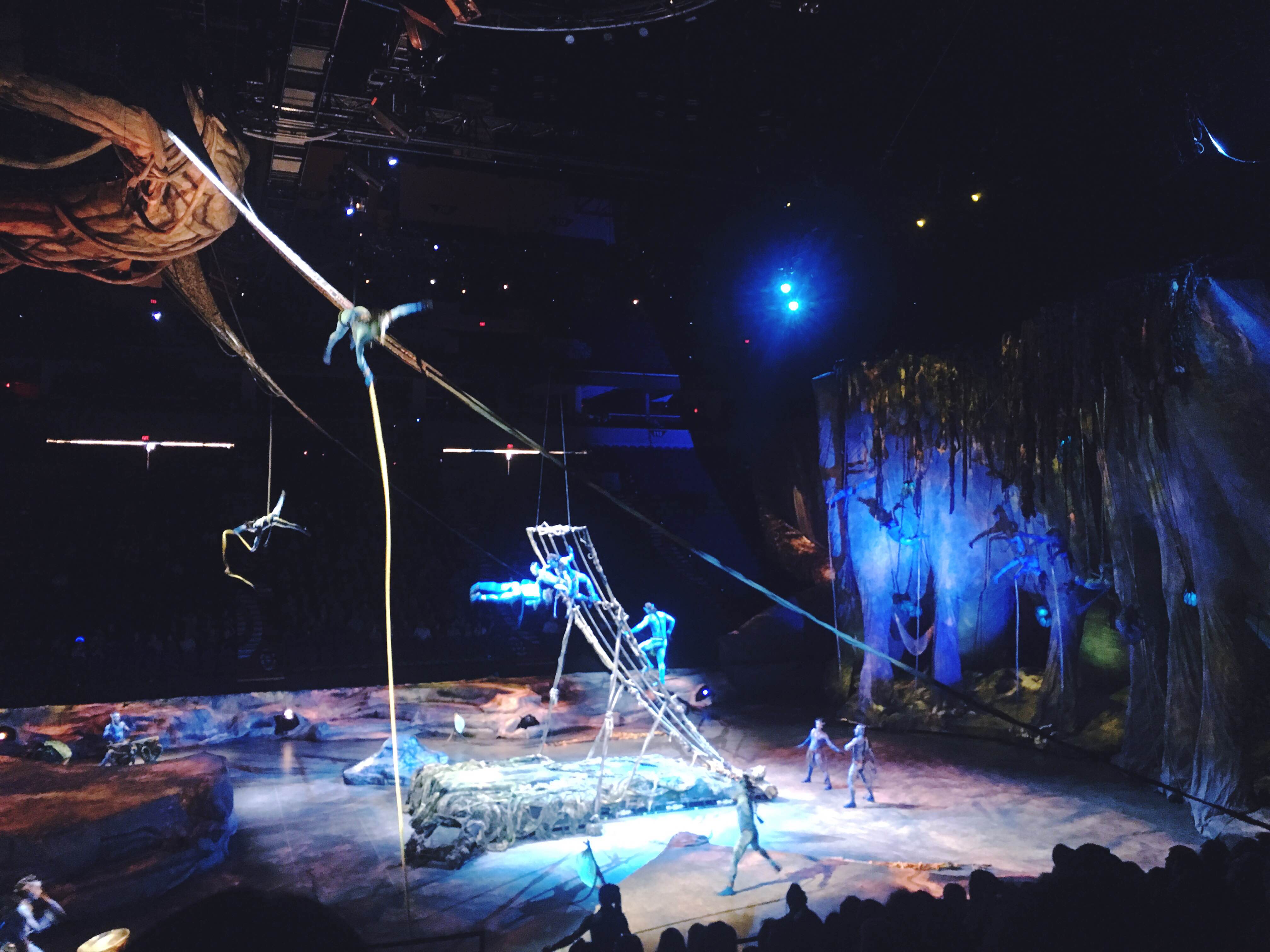 The set up for this thing was almost entirely light projection based. Which is really an incredible sight, I can’t even imagine how much work goes into set up…the scenery changes quickly, from a lush forest with foreign plants, to a rushing river. All with the flick of a switch. I know some people aren’t a fan of light projections, but in this show they lend themselves to the ever changing terrain. Music also helps set the scenes and plays a huge role in getting you in the right mood. All of the original tracks have a lot of depth to it, you might not even notice them until halfway through because they blend so well with the dialogue and feel of the show. 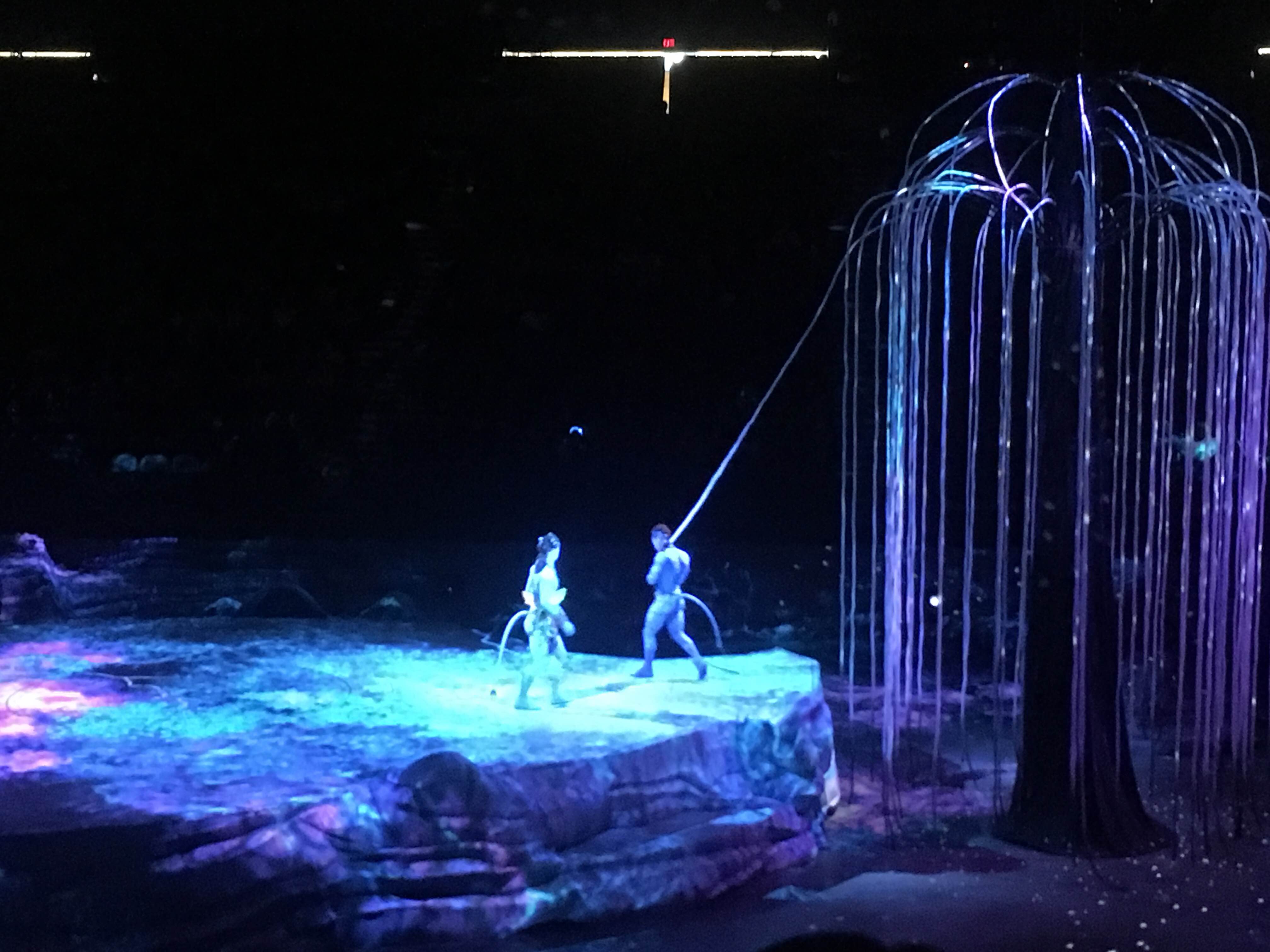 The basis of the plot is familiar, which makes the storyline easy to follow (even for the younger audience members). Two young warriors must save the life and the people they know from an impending disaster. In order to do so they must travel around their land, from tribe to tribe, to collect various tokens which will help them in their pursuit.

Overall the performance that these guys give is fantastic, I honestly don’t know how they do it…from ribbon acrobatics and leaping through the air…to flips and tumbles, they pull this thing off without a hitch. The show is emotionally driven, stunningly choreographed, and new world will captivate you just as much as the original film. Don’t miss it! It still has shows left so get a glimpse of this before it leaves Minneapolis for good.