It’s your “ducky day”! America’s #1 escape room company has teamed up with Nickelodeon to create “Search for the Losted Toys,” a Rugrats-themed escape room honoring the groundbreaking show’s enduring impact on pop culture. 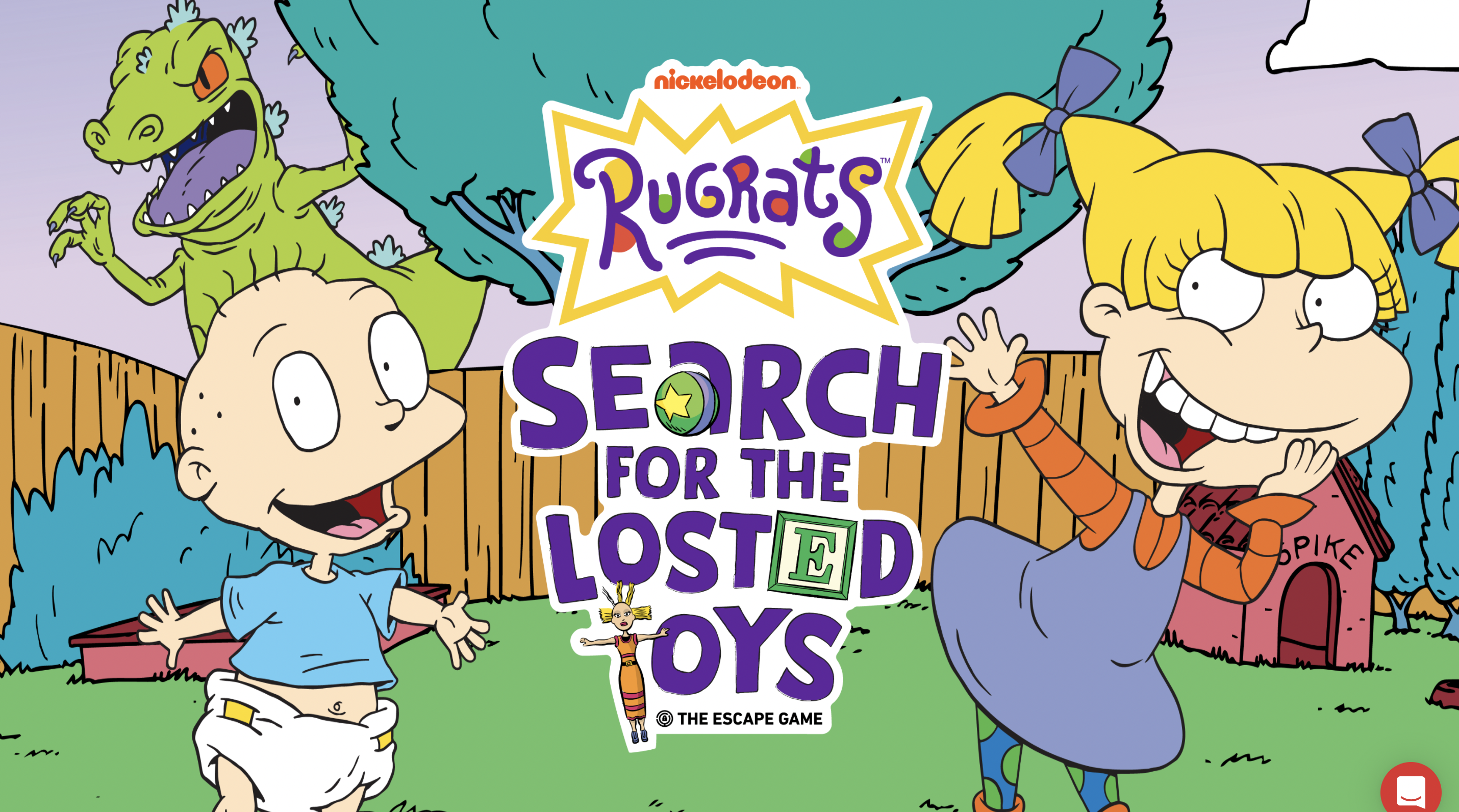 In celebration of the 30th anniversary of Nickelodeon’s Rugrats, The Escape Game and ViacomCBS have teamed up to create a limited-edition escape room to honor the iconic, fan-favorite television show. “Search for The Losted Toys” will appeal to the now adult fans of Rugrats and use the show’s beloved characters, unique storytelling methods and visual style to create an immersive experience to remind nostalgic players why they fell in love with these babies three decades ago. Rugrats enthusiasts will be able to access the experience both in-person at The Forum Shops at Caesar’s Palace in Las Vegas and the King of Prussia Mall in King of Prussia, Pennsylvania, as well as virtually worldwide from June 18 through January 2, 2022.

Upon entering the game, “growed” up fans of Rugrats will learn Angelica has tricked the babies and hid all their favorite toys, including her beloved Cynthia doll. Players will “baldly go where nobaby’s every gone before” with Tommy and the gang in a race against the clock to track down their beloved toys and save playtime before Grandpa Lou wakes up from his nap to discover them outside the playpen. Otherwise, they will be scooped up and toyless – maybe forever!

This limited-edition experience for the 30th anniversary of Rugrats will be powered by The Escape Game, America’s number one escape room company best known for their exemplary hospitality and one-of-a-kind team building experiences offered both virtually and at their twenty locations nationwide. To learn more or sign up for updates, please visit https://theescapegame.com/Rugrats. After all, “the whole world is a big adventure waitin’ to be ‘splored!”

About The Escape Game:

The Escape Game is the premier provider of escape rooms with a mission to provide epic interactive experiences for every single guest. The Escape Game adventures bring epic stories to life in a one-of-a-kind tactile experience. Enter one of our immersive worlds and recover a priceless work of art, find lost gold, or break out of prison. Your team will have one hour to complete your mission and escape. The Escape Game currently has 20 locations in the United States.

The original Rugrats series launched in August of 1991 and instantly became a groundbreaking phenomenon, spawning consumer products and three hit theatrical releases, and cementing its place in pop culture history through its iconic characters, storytelling and unique visual style. Rugrats was in production for nine seasons over the course of 13 years. The series earned four Daytime Emmy Awards, six Kids’ Choice Awards and its own star on the Hollywood Walk of Fame.