I’m on Top of the World Looking Down on Chicago

My Visit to the Skydeck Ledge 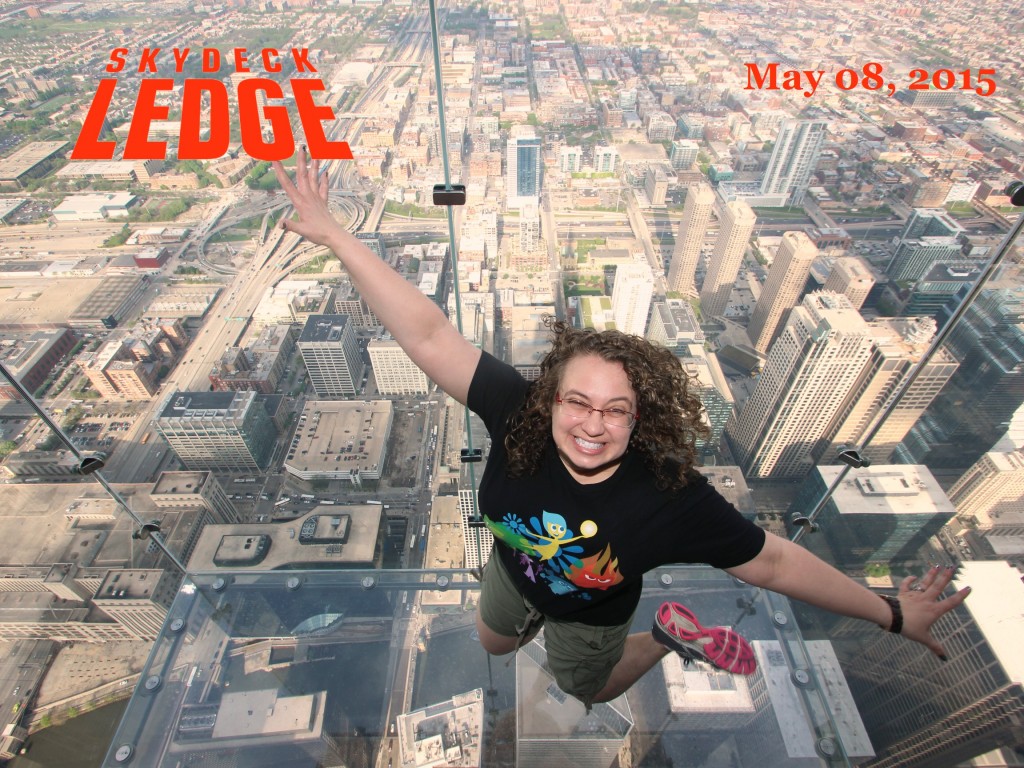 I’m on the top of the world lookin’ down on creation … – The Carpenters, “Top Of The World”

Okay so maybe I wasn’t on top of the world and I wasn’t look down on all of creation, but it was pretty close. I was up 1,353 feet above Chicago and on a clear day you can see 4 states! And yes, I totally did a jump shot on the ledge. 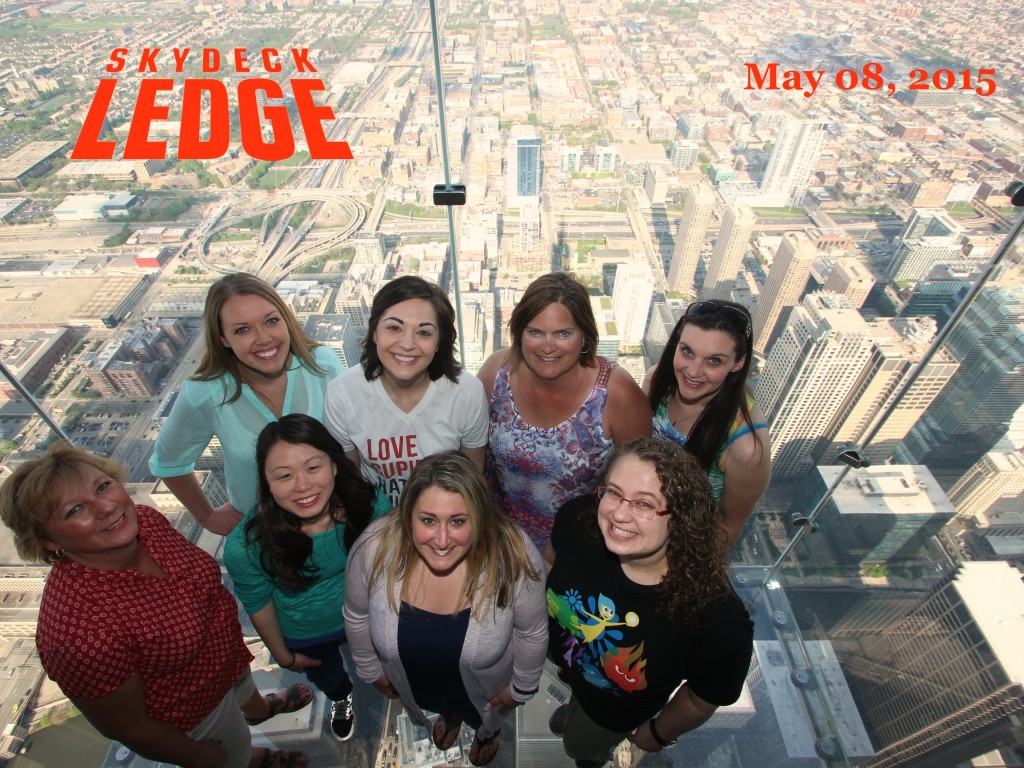 I shared with you earlier that a group of us from the #NorthIowaBloggers headed to Chicago for a few days. We packed as much as we could in our short stay and one of the highlights for me was the Skydeck.

This was my second visit to the Willis Tower and I would go again in a heart beat. 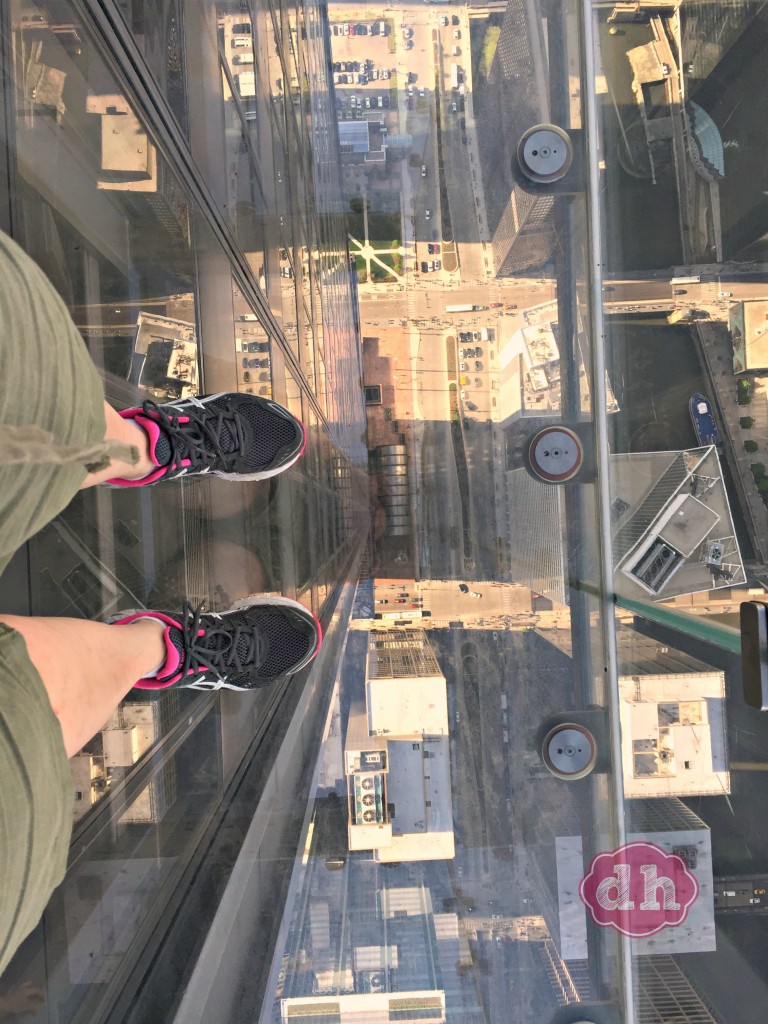 Looking down while on the ledge

On the 103rd floor the Willis Tower, the Ledge’s glass boxes extend out 4.3 feet from the Skydeck. So just how tall is 1,353 feet?

Well, the Willis Tower is taller than 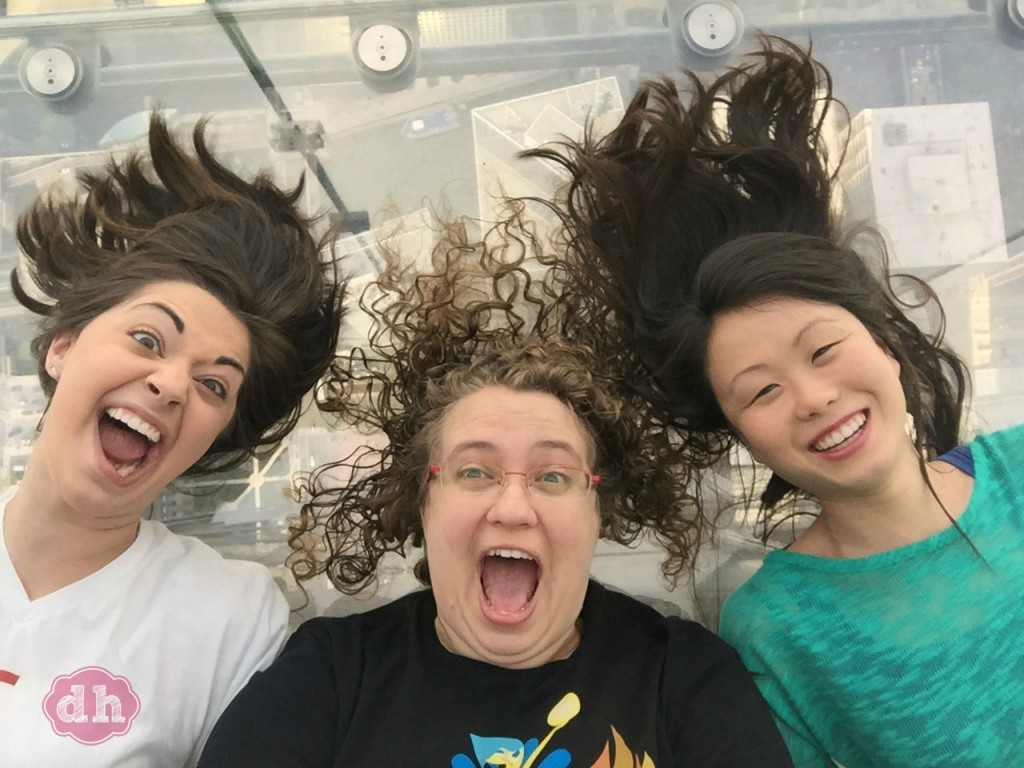 Loni, me, and Jeni – I love this pic of us laying on the ledge. 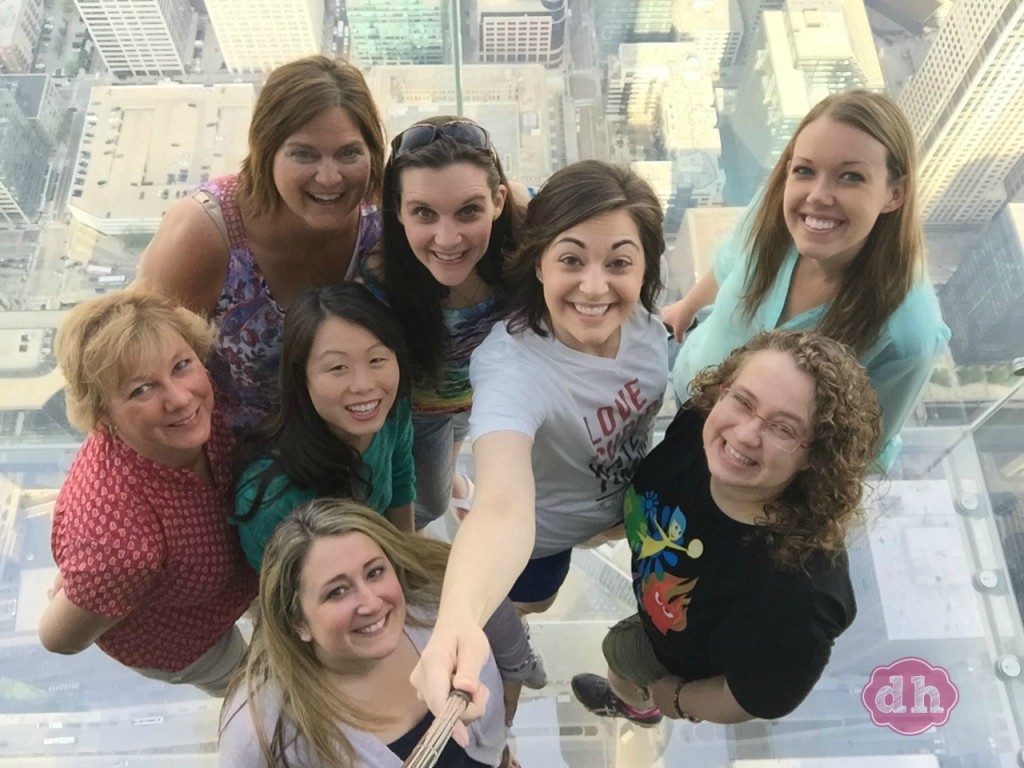 A group shot with our selfie stick

We had a lot of fun taking pictures on the ledge. 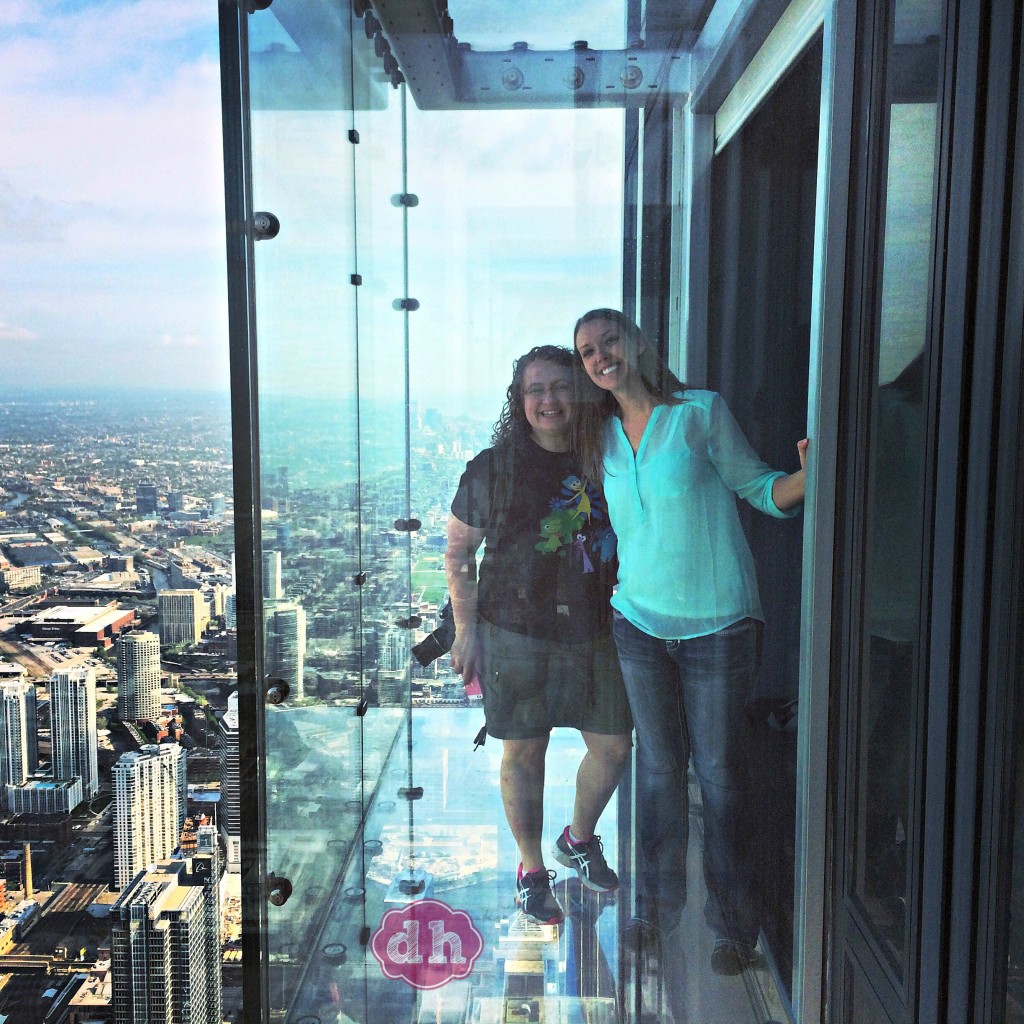 Me and Laura out on the ledge

The views were spectacular! 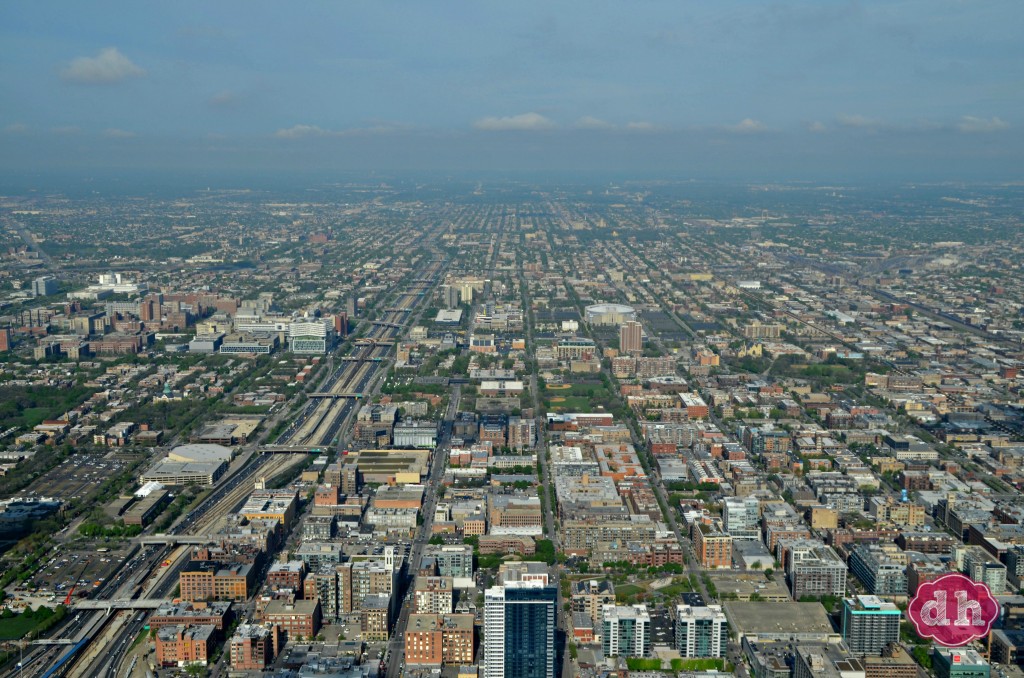 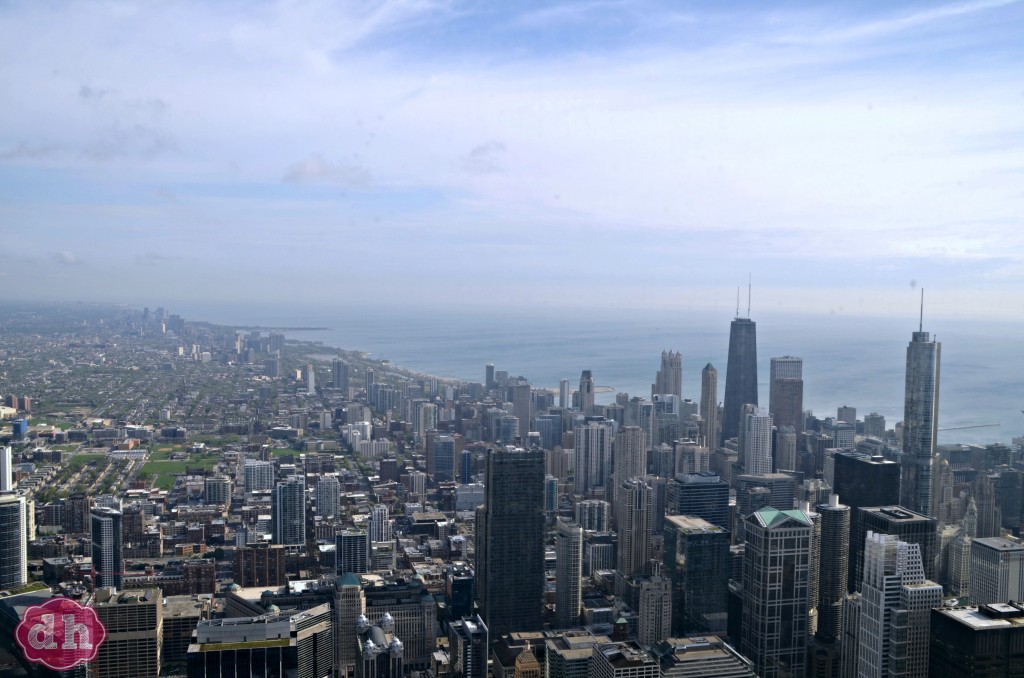 Here are a few other fun facts about the Skydeck:

If you take a trip to Chicago, I highly suggest checkin the Skydeck out. You won’t regret it!