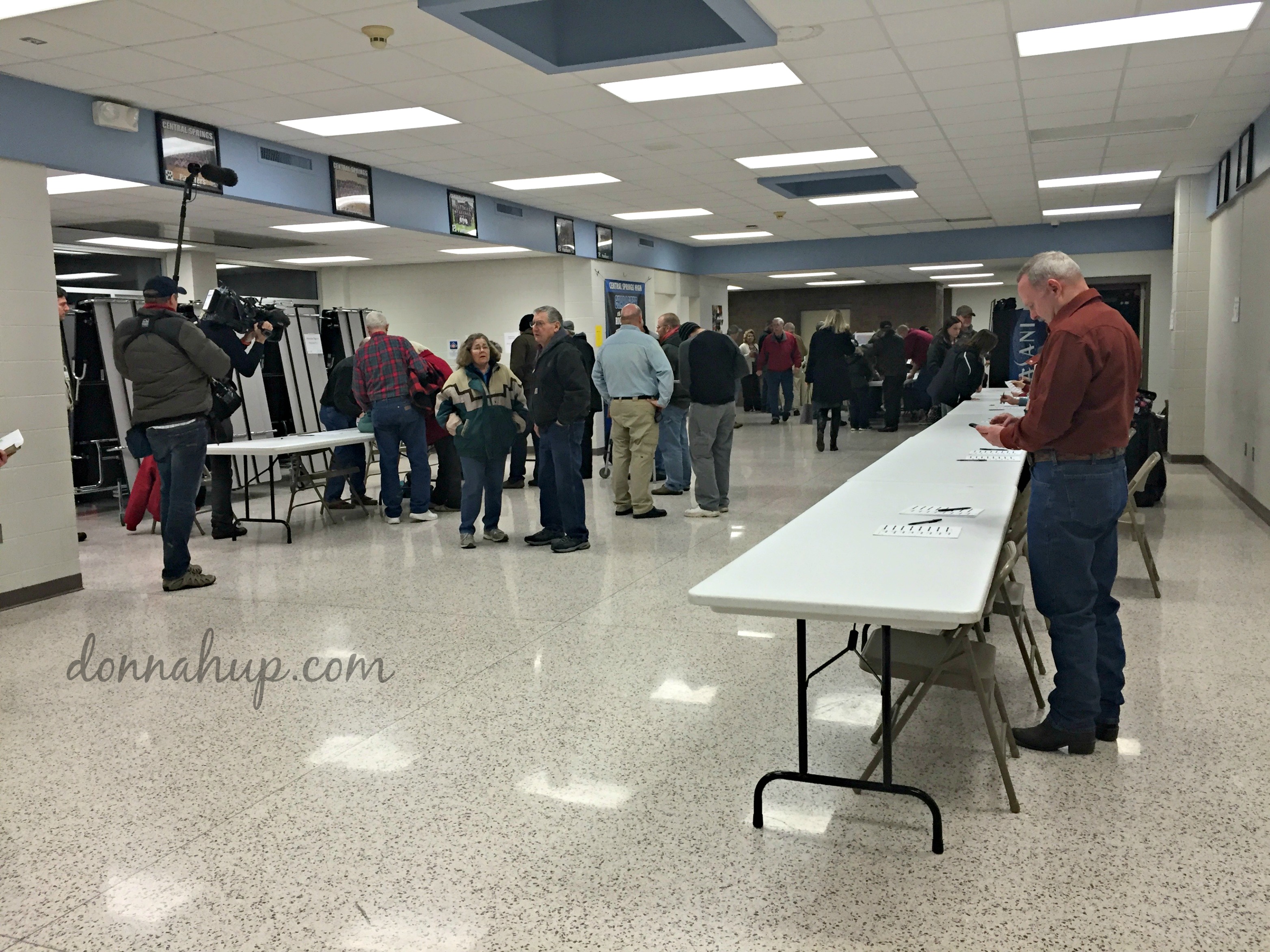 Checking in at the Worth County Republican Caucus

Living in Iowa during an election season has been interesting and exciting. I have had the opportunity to meet every candidate that was running. I tried to make it to as many of the town visits that I could no matter what side they stood on just because I could.  There are 99 counties in the state of Iowa and the candidates from both parties try to make it to every single one of those counties at least once.

I know this sounds nerdy, but I was so excited to participate in the caucus tonight! It seems like everyone shared that feeling because there were record turn outs in most of the counties. I’m from one of the smaller counties in Iowa, Worth County, and we had over double the average turn out.

Black Hawk County Democratic Caucus (Thanks Make the Best of Everything)

Both the Republican and Democratic Caucus are held the same night and they are run very differently.  I even learned that voters often change their party just to caucus against a candidate. I am a registered Rep voter so I went to the Rep Caucus. 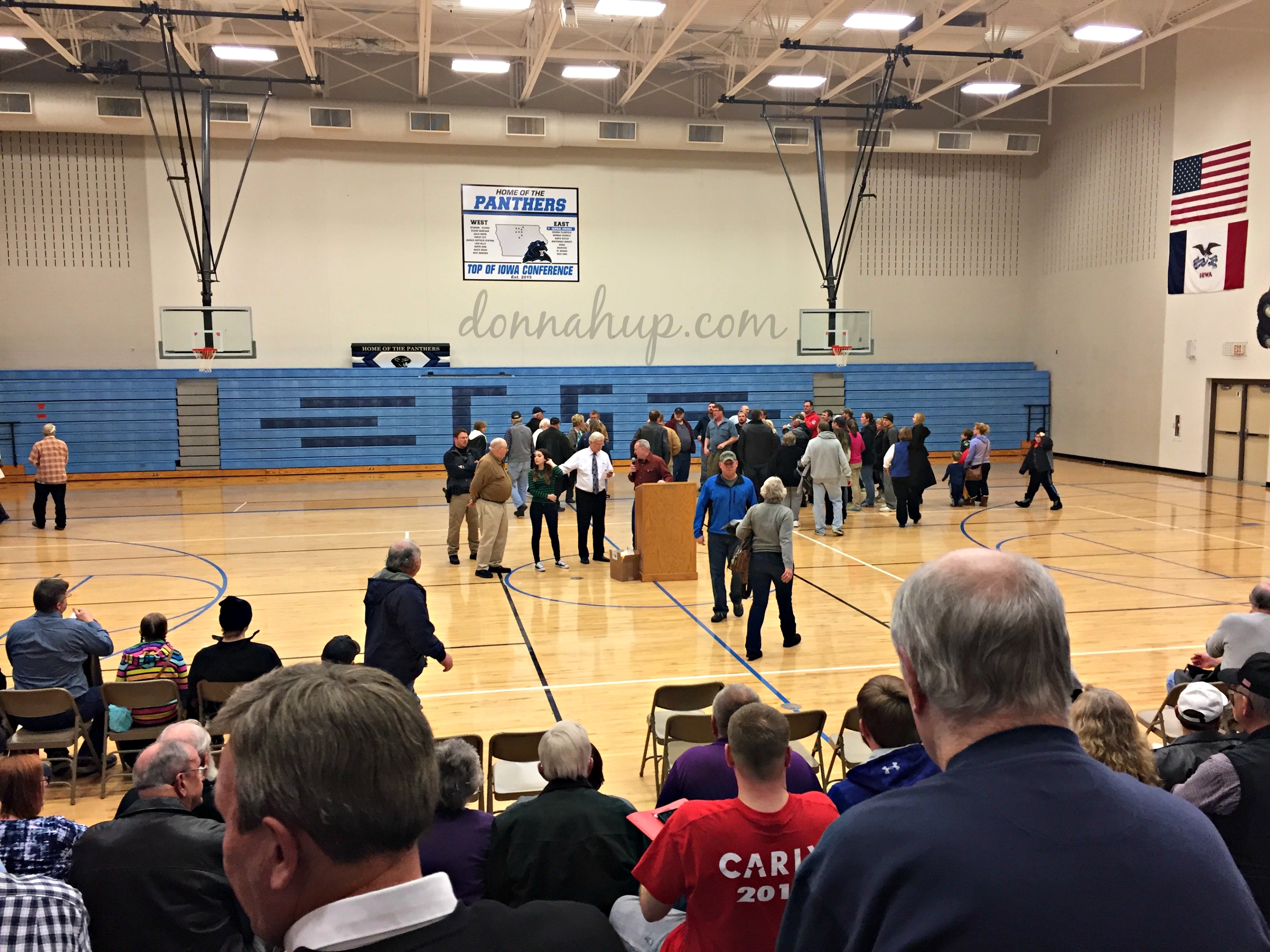 At 7pm Central time both party’s caucuses began.  In our county all the townships gathered in the gymnasium at a local high school. Each candidate could have an official representative talk for 3 minutes about them. Some candidates wrote letters that were read for the 3 minutes asking for our votes. Once all had spoken they separated us by township to vote. 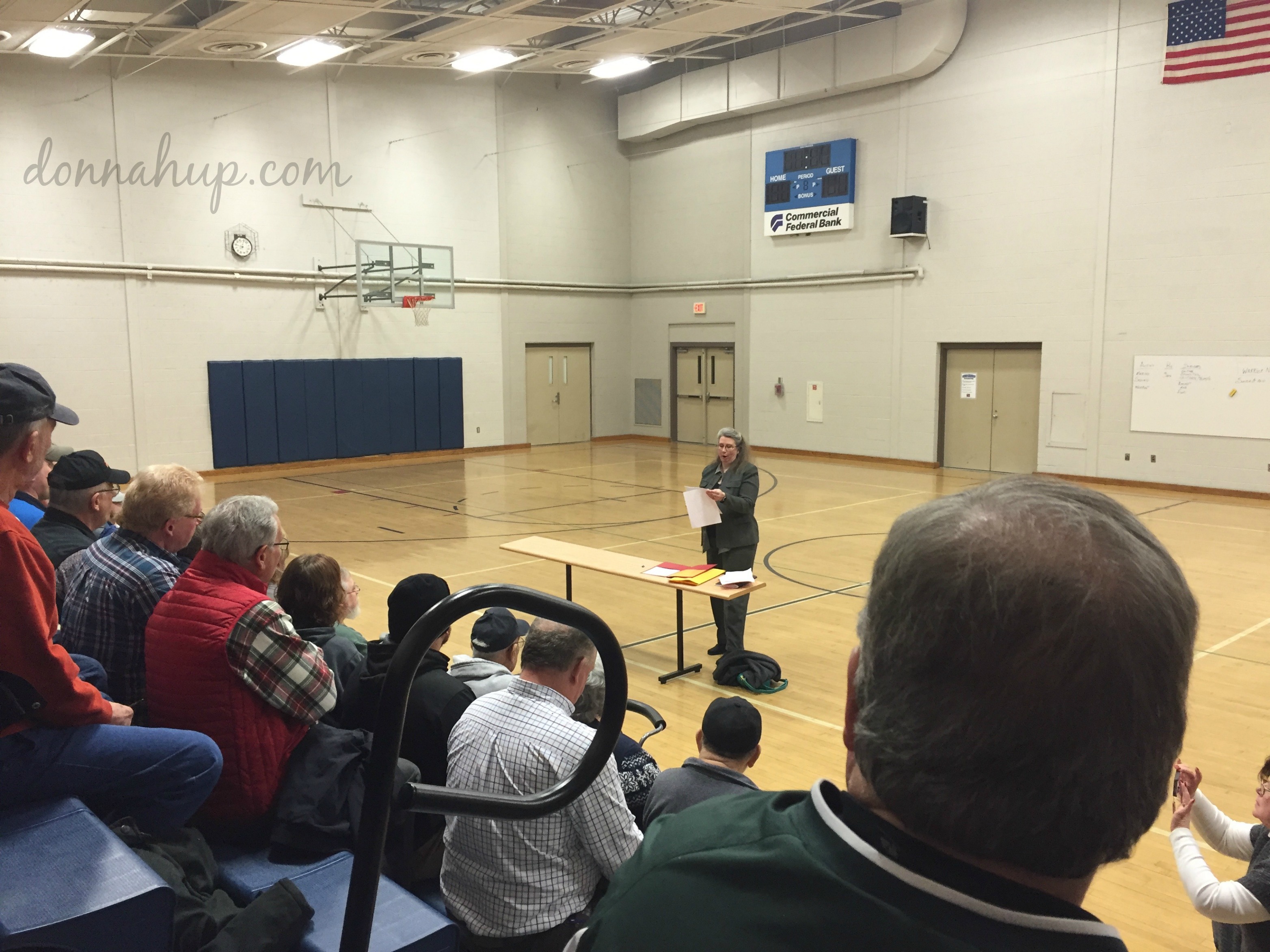 My precinct consisted of two townships. We gathered in another room (it happened to be a smaller gymnasium) and voted for delegates to go to the county and state conventions. We had a few more people stand up and call for votes for their favorite candidates and then the ballots were handed out. 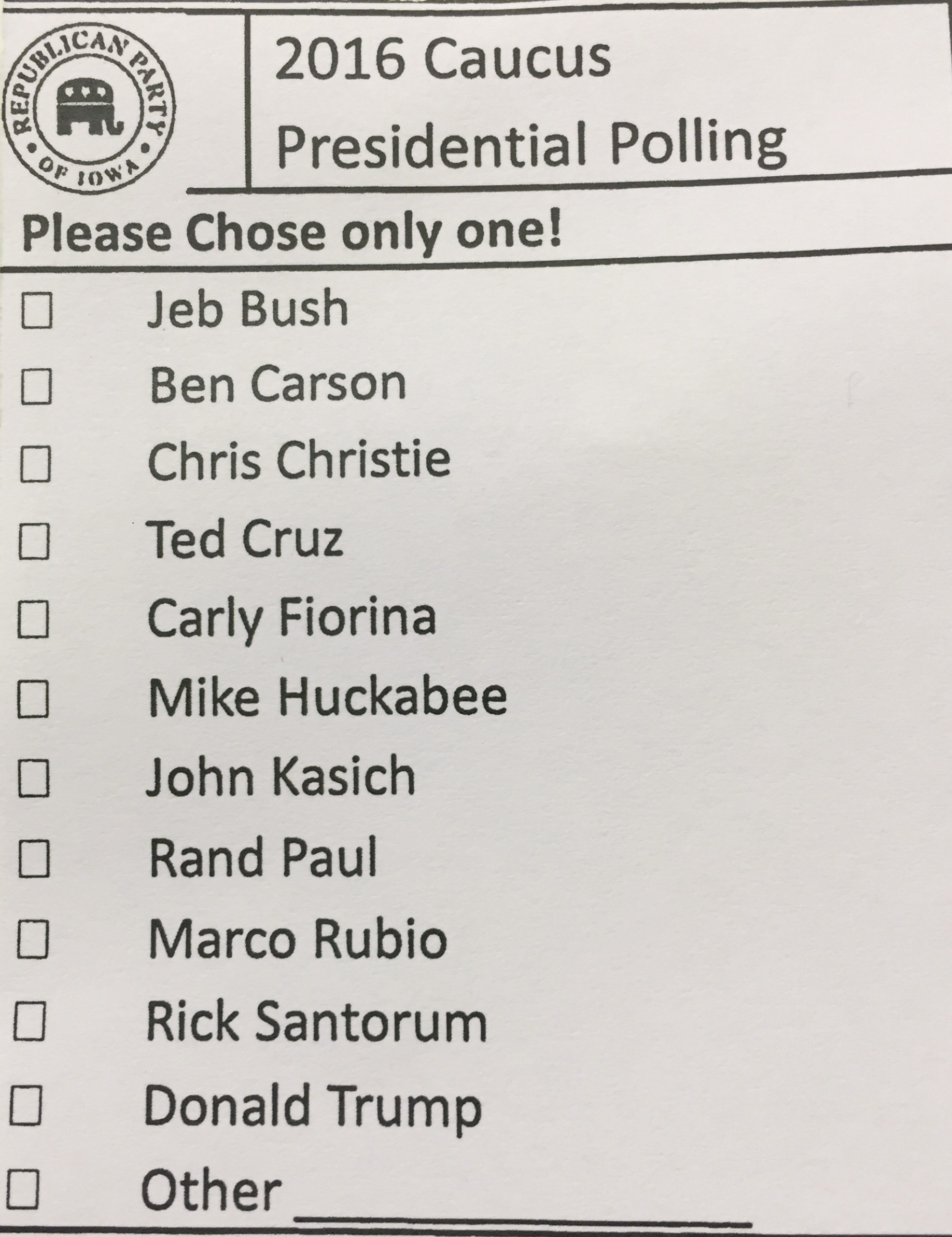 Once we voted and handed in our ballots the votes were tallied.  For Worth County, IA the top three candidates were Cruz, Trump, and Rubio in that order.  As most of you have already seen on the news stations most of IA voted the same way. 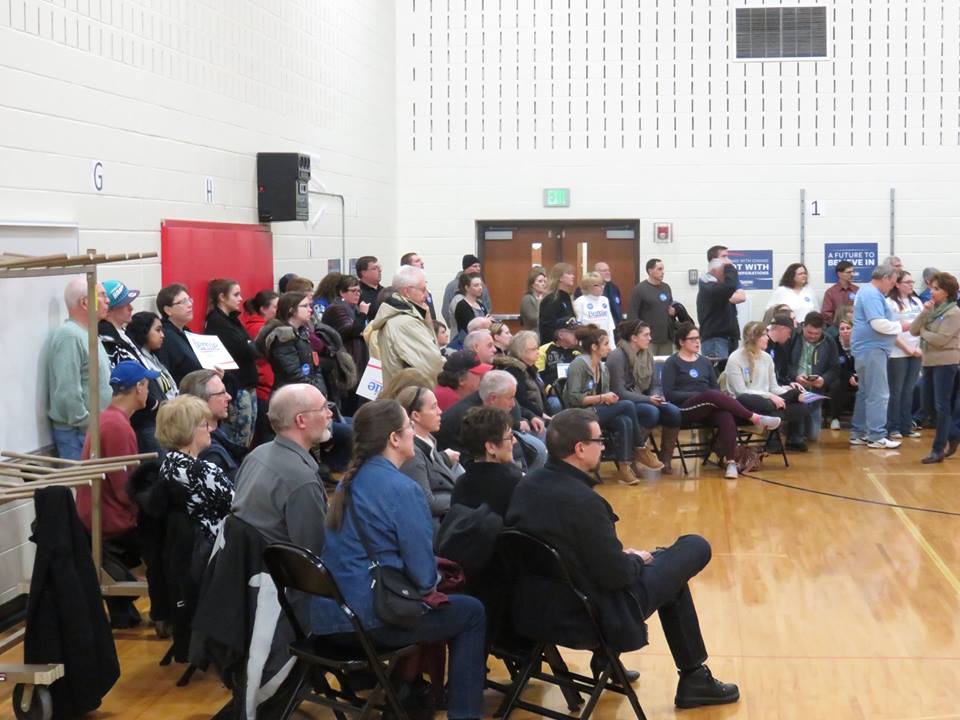 The Democratic Caucus is run differently.  The separate themselves by candidate and try to get others to come over to their camp. 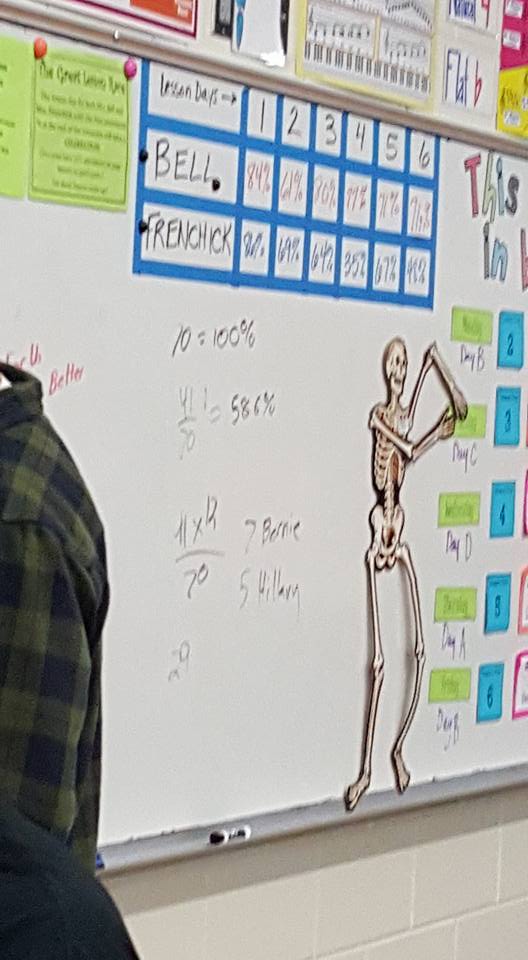 Figuring out the results at the Democratic Caucus in Cerro Gordo County (Thanks, Mind, Body, Babies!)

They don’t tally votes like the Republicans, but they do declare delegate winners.

My friend, Mary, explained it this way:

Iowa Dem. Caucus count — it’s complicated — although the delegate count for Hillary and Bernie are about dead even, the raw vote could be wider — example: at our caucus there were 25 people there 2 undecided, 15 for Hillary and 8 for Bernie — because they do this viability thing — the Bernie people only needed 6 people to be viable. Our township gets 2 delegates to the county convention. So because both candidates were viable each got one delegate. Not proportional or winner takes all — each got one delegate — if it was based on votes Bernie would not have gotten any. I’m sure there were some the other way around also…So it is complicated. I think the Republican’s do a true vote up or down which makes that one easier to understand.

Most all of the Iowan Democrats were evenly torn between Sanders and Clinton.

The process was very interesting to me.  No matter who you vote for or where you stand, get out and let your voice be heard.

Did you get out and caucus?