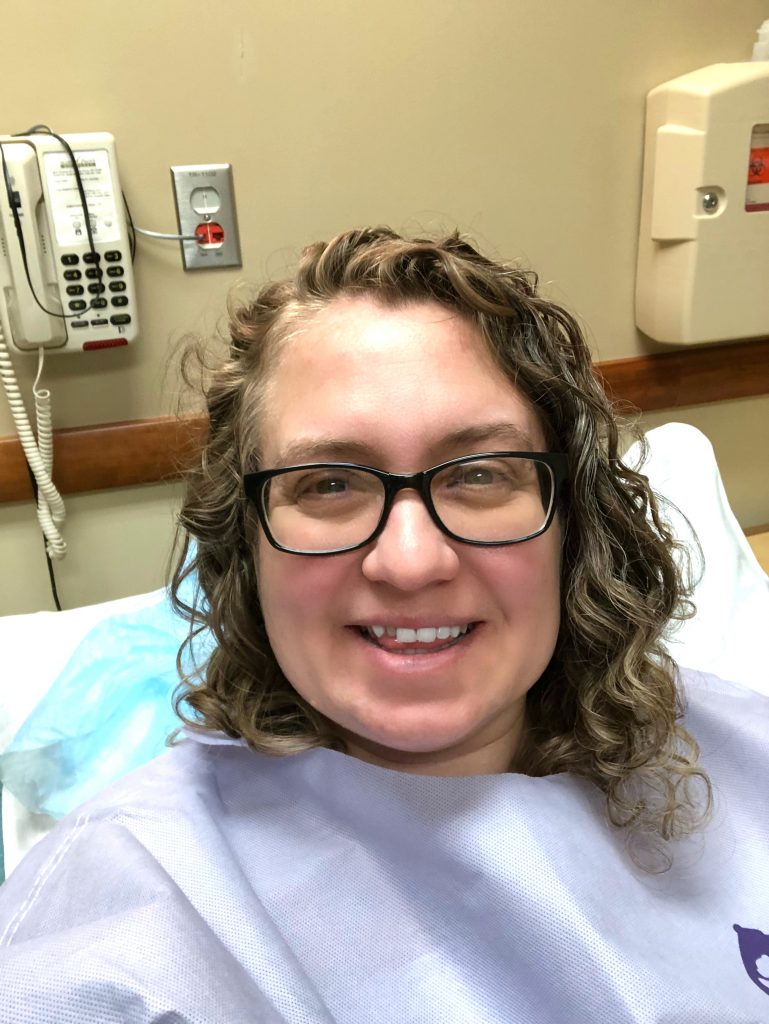 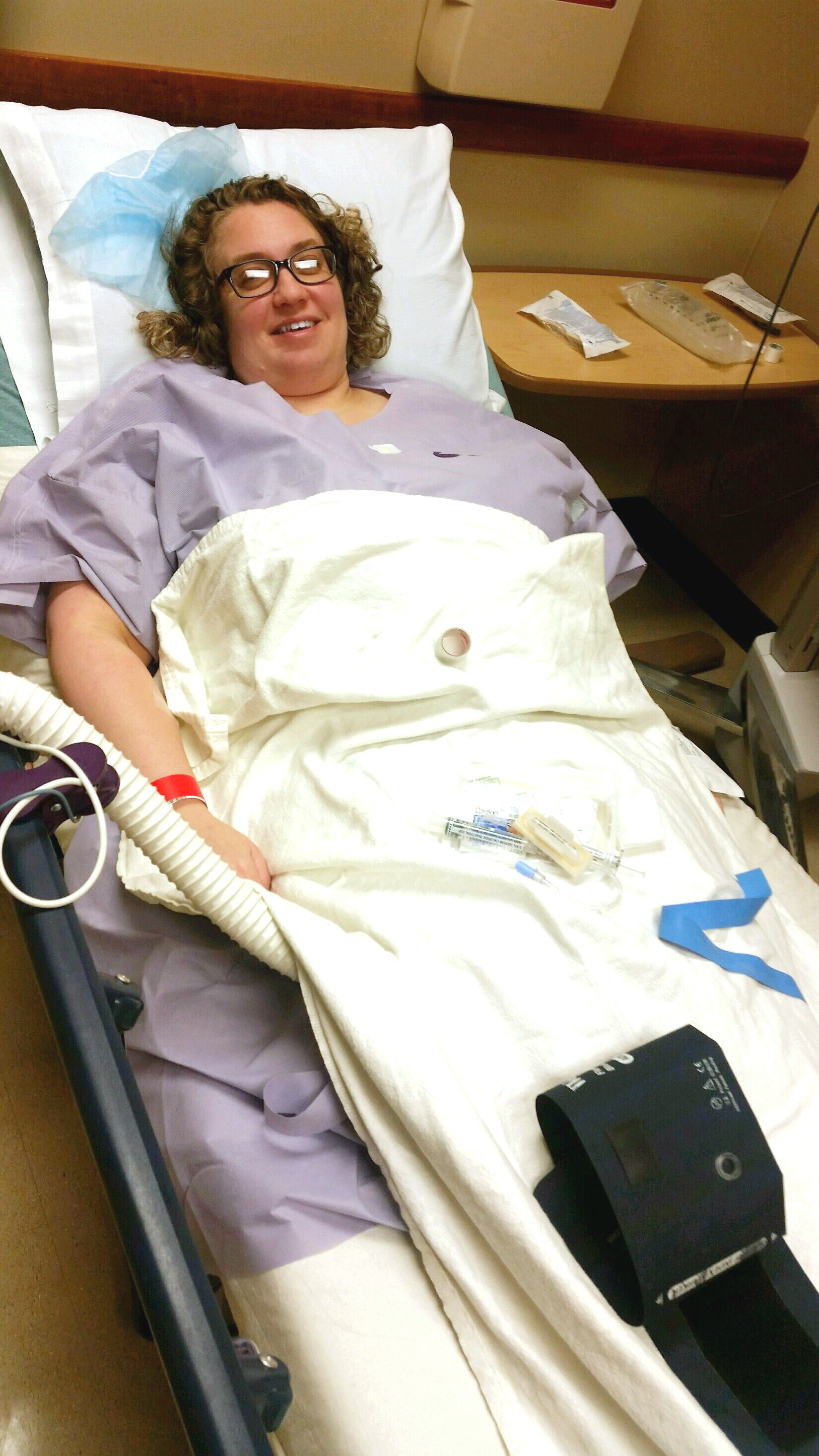 I totally did not want my husband to take this picture of me, but I am really glad he was there with me to hold my hand.  One thing I wasn’t expecting was a piece of paper I had to sign before the procedure. It was to acknowledge that I understood a hysterectomy was not reversible and I’d be sterile. That stung a bit. I had made my peace with the decision and I have no regrets, but it was difficult signing that paper.

After that they injected part of my anesthesia and wheeled me off to the operating room. I remember them trying to calm me down (yes, even after meds I was still a wreck). Then the next thing I knew I was waking up in a different room and it hurt. They talked to me and tried to keep me awake. They also helped get me to a point where I wasn’t hurting so bad or so nauseous. I was there for about an hour then they moved me to another recovery room.

Here they let my husband join me again. Within the hour I walked (with help from my nurse) to the bathroom, went to the bathroom, and even ate some food. They had me sign some paperwork and I was released. 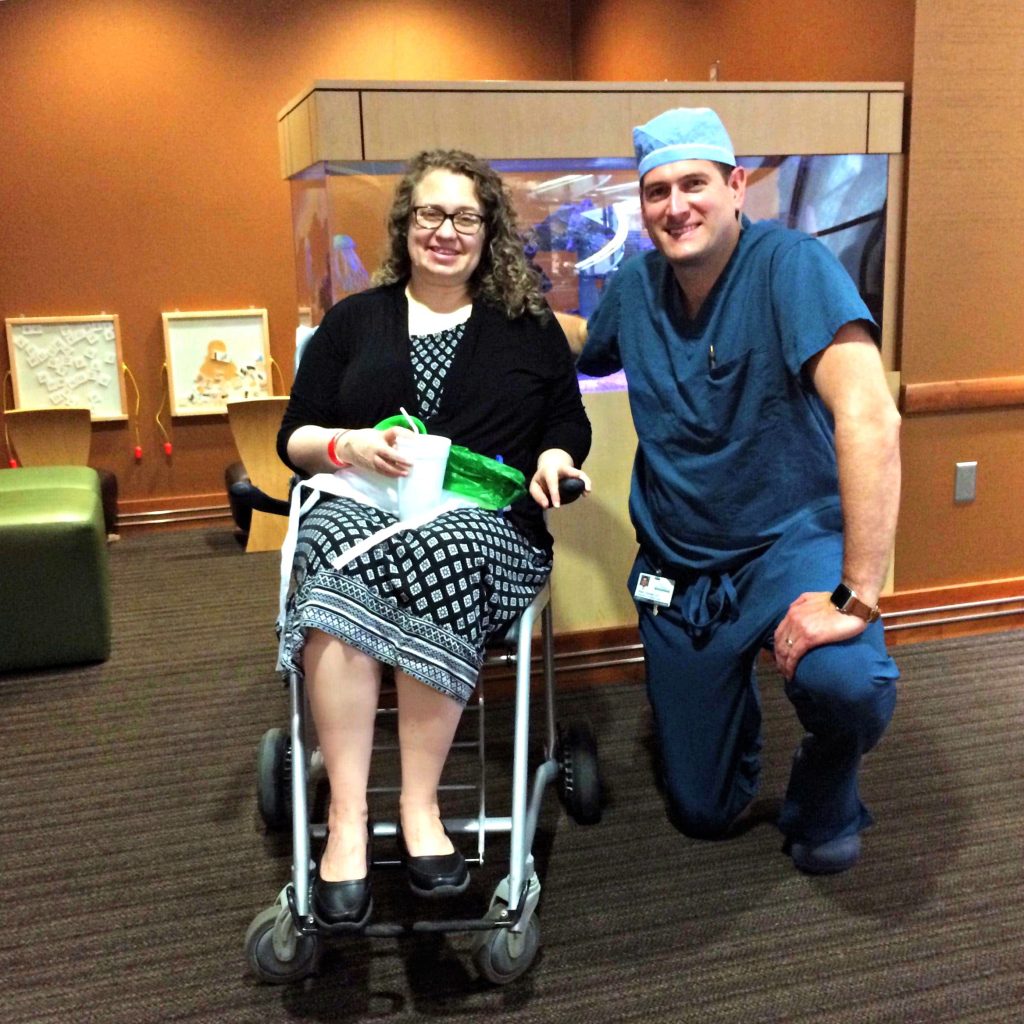 Surgery was done around 12pm (2 hours) and I was being released around 3pm.  The doctor did warn us if we drove the 2.5 hours home I’d be sore, but he gave his okay. We had a hotel room set up, but I really wanted to sleep in my own bed.  So we took the drive and I was sore.

My hysterectomy was done laparoscopically rather than abdominal so the healing is much different. I don’t have to be in bed for 6 weeks. I do have restrictions that I’m following, but it should a much quicker recovery. 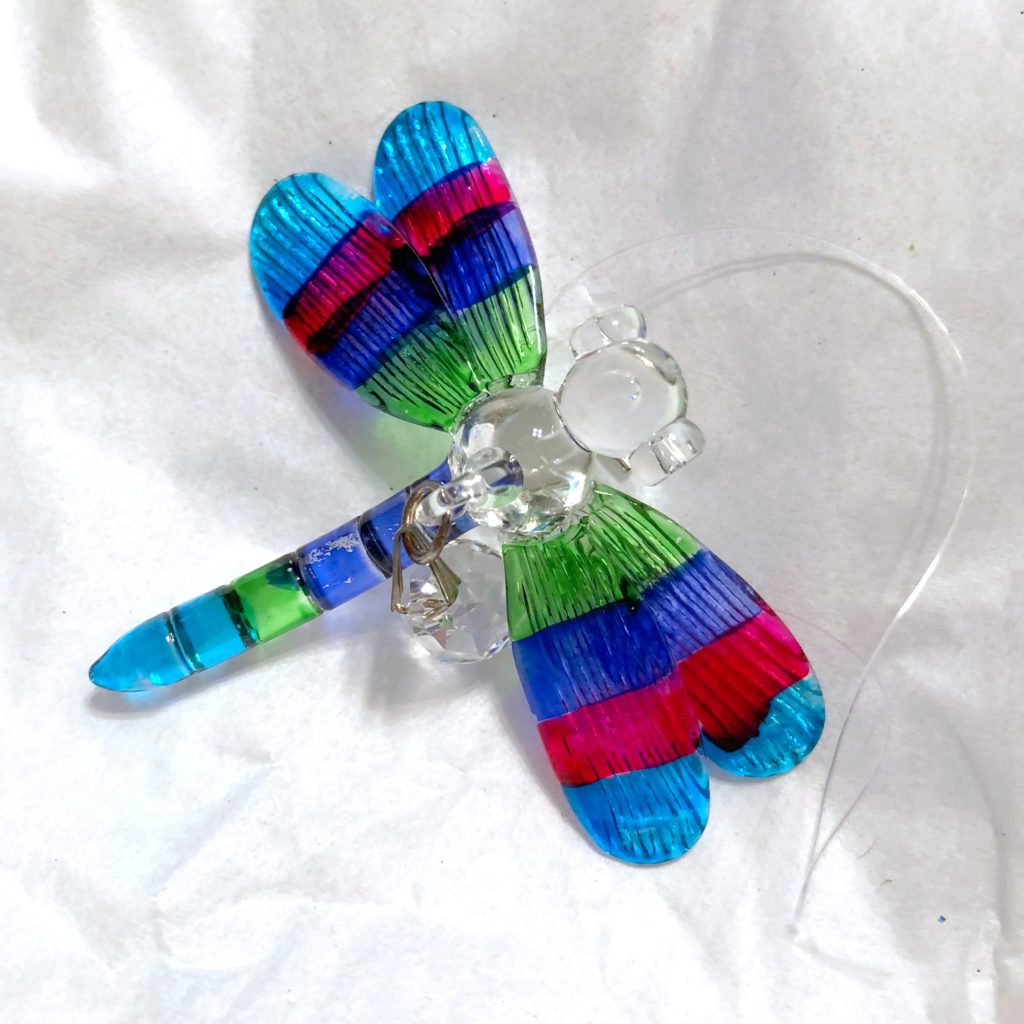 Before we left the hospital Myles insisted that we stopped by the gift shop. I didn’t want to at all, but I could tell it was important to him. He wanted a keepsake because we were leaving my uterus there.  I honestly just didn’t want to think about it. I’m glad I didn’t fight him on this one. We ended up getting this really pretty dragonfly. Sure, I lost my uterus, but I’m now starting a new journey. One where I feel better and my quality of life will be better.

I’m now 2 days post op. I am exhausted and sore. It’s a better feeling now than it was before surgery. I hurt, but it’s a healing pain. And even though I’m exhausted it’s not like before either. I can’t wait to heal and see what it’s like to just be “me” and not have my endometriosis stopping me.

I am resting and following doctors orders 100%.