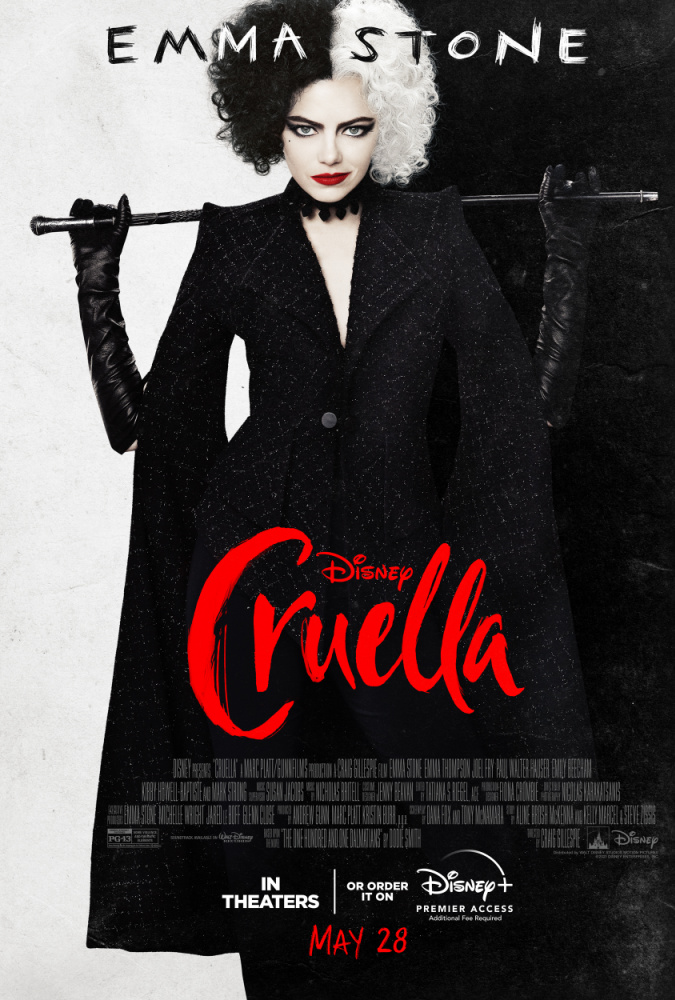 Disney’s Cruella  is now available on all major digital platforms and on 4K Ultra HD™, Blu-ray™ and DVD September 21 and I had the opportunity to watch it.

Cruella which is set in 1970s London amidst the punk rock revolution, follows a young grifter named Estella, a clever and creative girl determined to make a name for herself with her designs. She befriends a pair of young thieves who appreciate her appetite for mischief, and together they are able to build a life for themselves on the London streets. One day, Estella’s flair for fashion catches the eye of the Baroness von Hellman, a fashion legend who is devastatingly chic and terrifyingly haute, played by two-time Oscar® winner Emma Thompson (“Howards End,” “Sense & Sensibility”). But their relationship sets in motion a course of events and revelations that will cause Estella to embrace her wicked side and become the raucous, fashionable and revenge-bent Cruella. 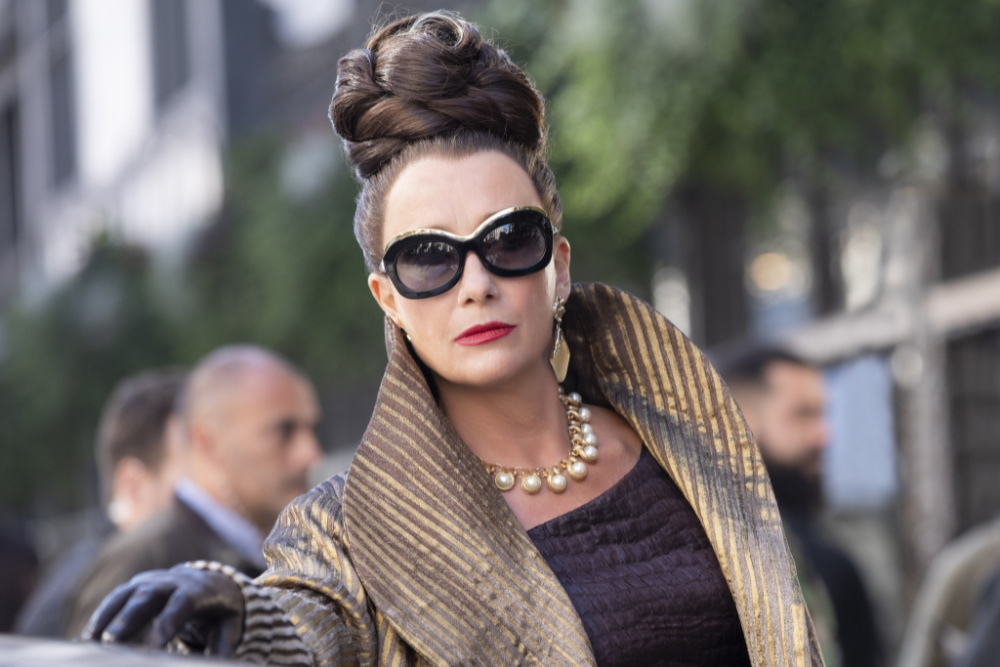 The power of Emma2.  Emma Stone (Cruella) and Emma Thompson (The Baroness) were phenomenal.  There was such depth to both of their characters. They were excellent. I also loved the relationship between Estella, Jasper (Joel Fry), and Horace (Paul Walter Hauser).  Granted they were thieves to survive and ultimately they became criminals they were family and learned the importance of family coming first. 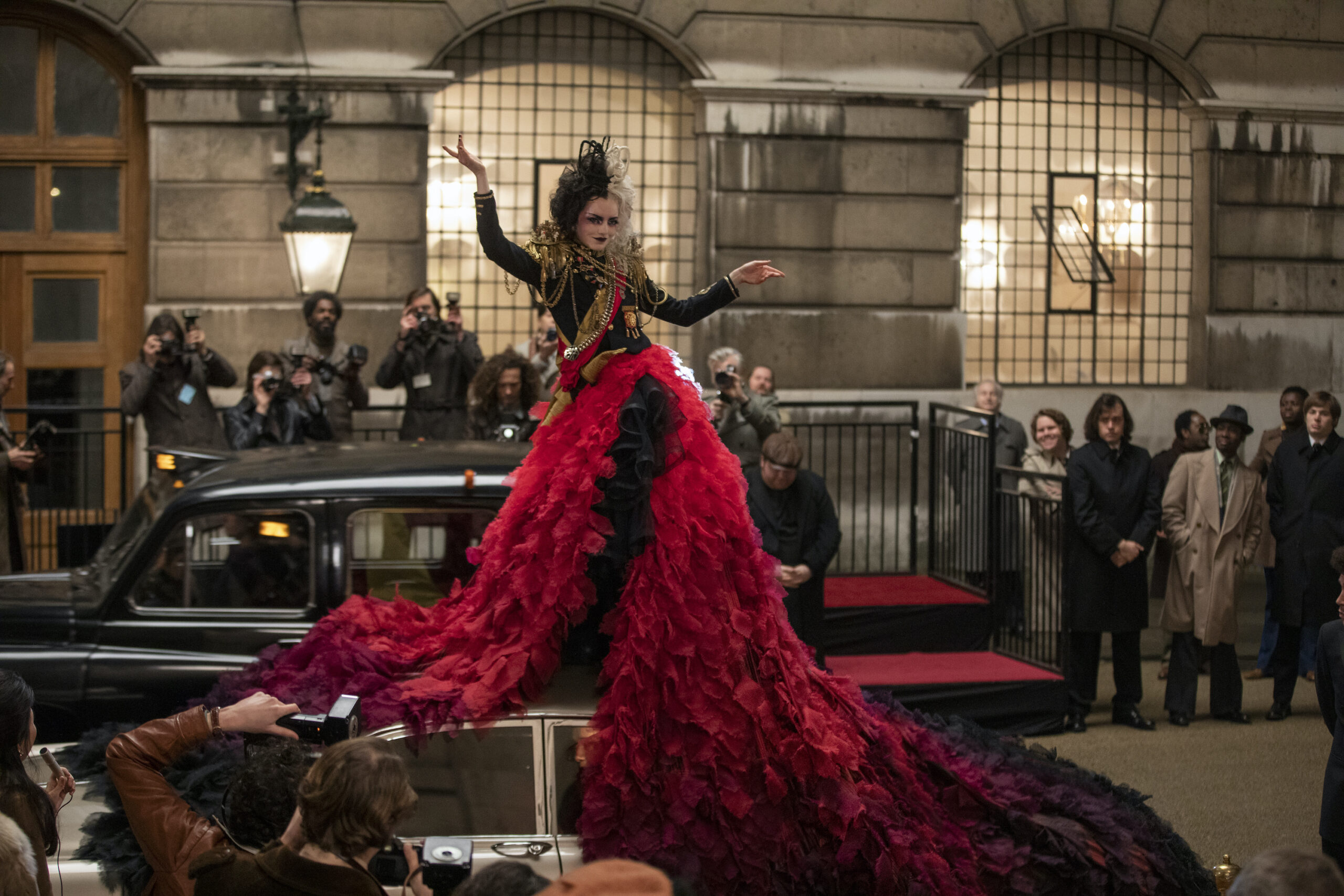 The fashion was also exceptional.  Estella is a fashion designer and the designs were amazing. 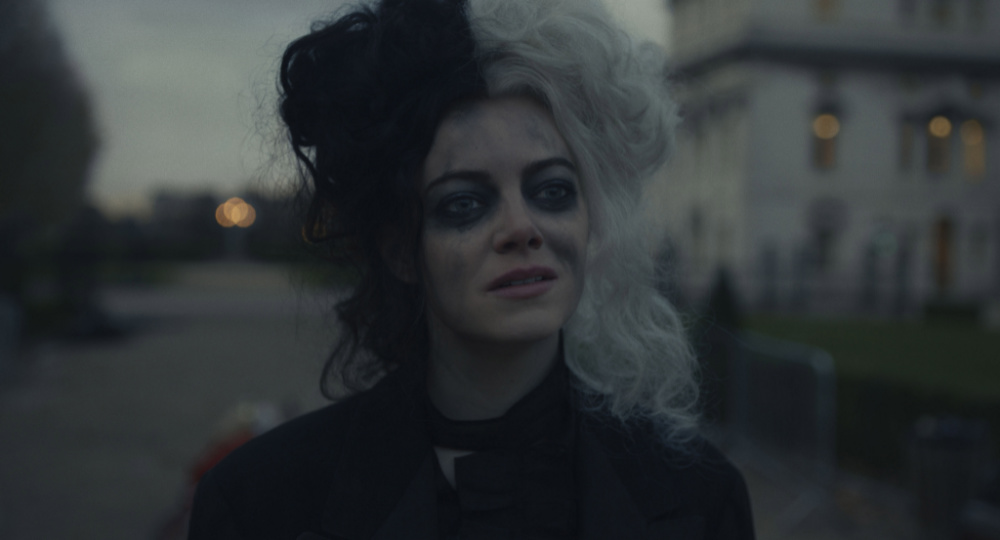 This movie is dark.  I don’t mean in a cinematic way either. There is bullying, alcoholism, and murder. Yes, there’s lots of movies that have all of that, but this is Disney.  I love Disney, but it’s the darkest I’ve seen from them.  Now, there’s zero language and it’s not at all gory, but you will know that someone killed someone else.  If you do let your child watch this I highly recommend watching with them so you can talk about it with them.

I love a good back story (Maleficent) where you understand why someone turns out the way they do. I’m an optimist though and I love when there is reconciliation and healing. I do realize in real life that’s not always the case. If you’re hoping for a resolution like this you will be disappointed.  Instead, Estella aka Cruella embraces her pain and the drive for revenge.  It explains why she is the way she is, but it also celebrates revenge and that’s not something I can get behind. 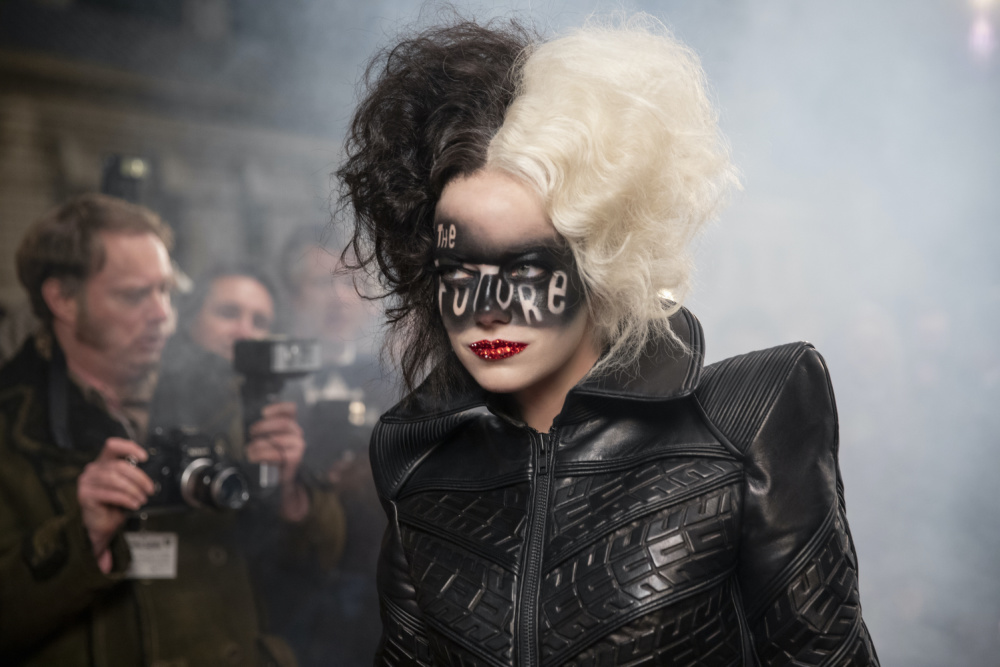 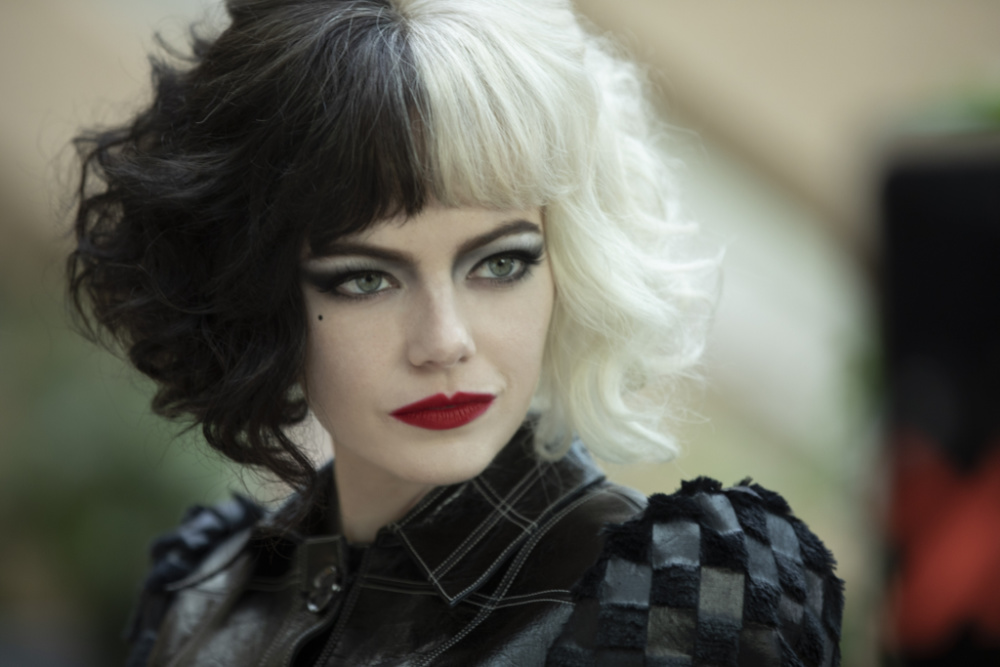