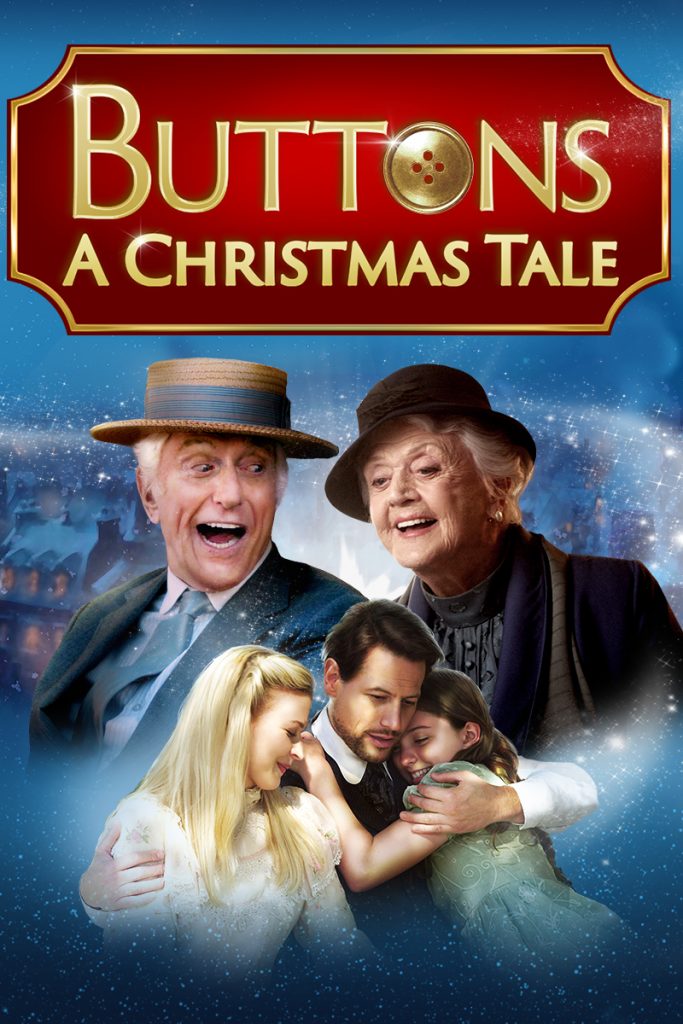 Just in time for Christmas, the heartwarming film “BUTTONS: A Christmas Tale” is returning to theaters. Sure to become a holiday classic, this family-friendly musical can be experienced through a special one-night-only Fathom Event on December 17. Tickets are available through the Fathom website.

Also, throughout December, churches, and schools will be able to show this wholesome film via theFaith Affinity Network. These organizations can give the gift of BUTTONS, A Christmas Tale to their communities. A good opportunity to bring the themes of faith, hope, and family to regions where theaters may not currently be open, or where seating may be limited.

BUTTONS follows two orphaned children who meet a pair of unexpected visitors. Their influence starts the children on a journey that will change their lives forever – and help audiences discover that believing can be the greatest adventure of all.

Exclusive to this special event screening, Paul Greene will host a pre-show Christmas concert, where he will share stories and songs of the holiday season. While Greene is best known for his role as Dr. Carson Shepherd in the Hallmark Channel series “When Calls the Heart,” many may not realize his musical prowess. A multi-instrumentalist, Greene has an impressive musical career and has even performed at Carnegie Hall.

For more information or to purchase ticket head here.

Fathom is a recognized leader in the entertainment industry as one of the top distributors of content to movie theateres in North America. Owned by AMC Entertainment Inc. (NYSE: AMC); Cinemark Holdings, Inc. (NYSE:CNK); and Regal Cinemas, a subsidiary of the Cineworld Group (LSE: CINE.L), Fathom operates the largest cinema distribution network, delivering a wide variety of programming and experiences to cinema audiences in all of the top U.S. markets and to more than 45 countries. For more information, visit www.FathomEvents.com.

Collide Distribution, a division of Collide Media Group, specializes in downstreaming home entertainment distribution through UPHE Content Group. Collide Media Group was formed in 2016 by veteran Christian entertainment marketing executive Bob Elder with a mission dedicated to“elevating media that inspires a deeper relationship with Christ.” The Collide team has worked on over 50 Faith-Based films, creating and executing marketing campaigns that have generated billions of impressions and resulted in hundreds of millions of ticket transactions. The Group is officed in historic downtown Franklin Tennessee. For more information, visit collidedistribution.com