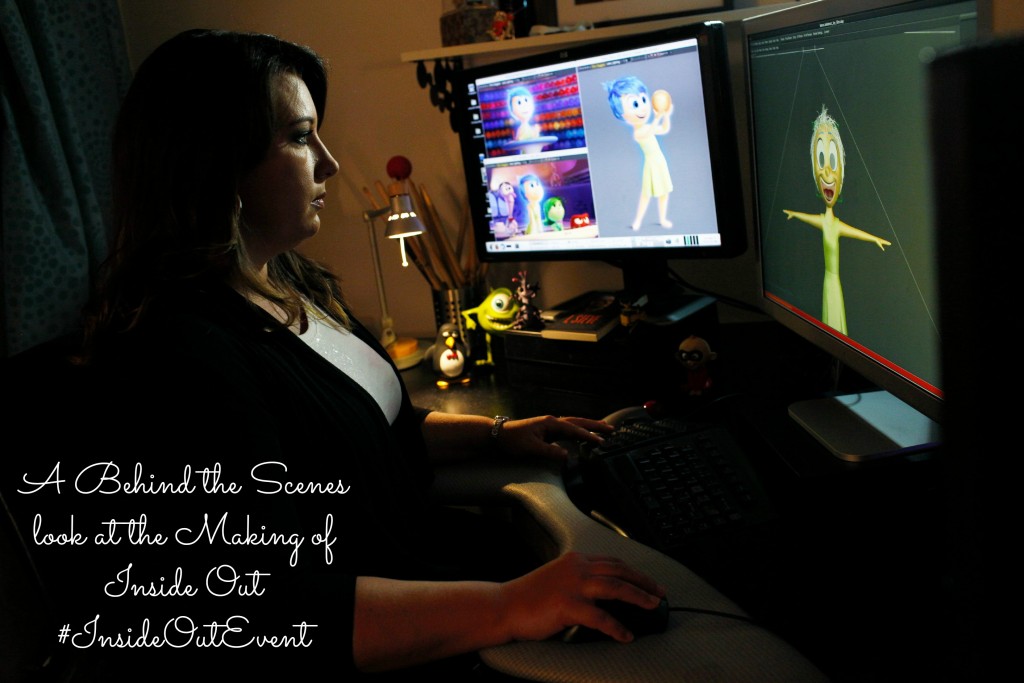 I’ve always thought that animation was interesting, but truthfully I had no clue everything that went into an animated film.  I knew about sketching and computer graphics but never really thought about all that entailed. I had the amazing opportunity to spend a day at Pixar learning some of the behind the scenes when it came to the film, Inside Out. 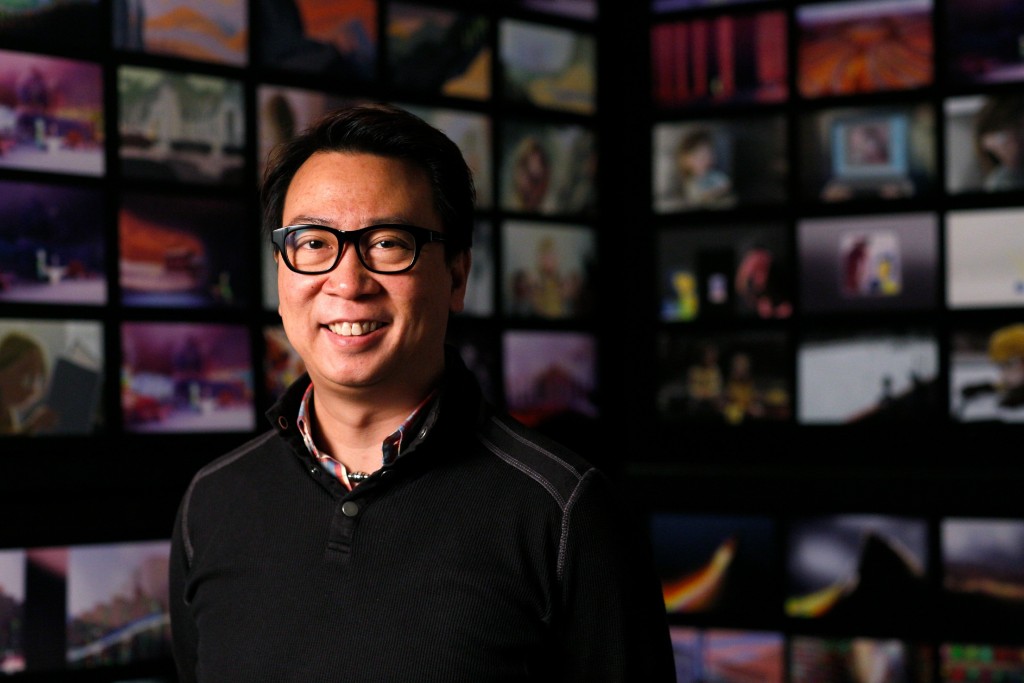 Behind the Camera with Director of Photography, Patrick Lin

I got an inside look from behind the camera with Director of Photography, Patrick Lin.  To over simplify he is the “camera man.”  Yes, I realize we’re talking about an animation.   When I think about the making of a live action film I think about cameras and close ups.  I never even connected it to animation. 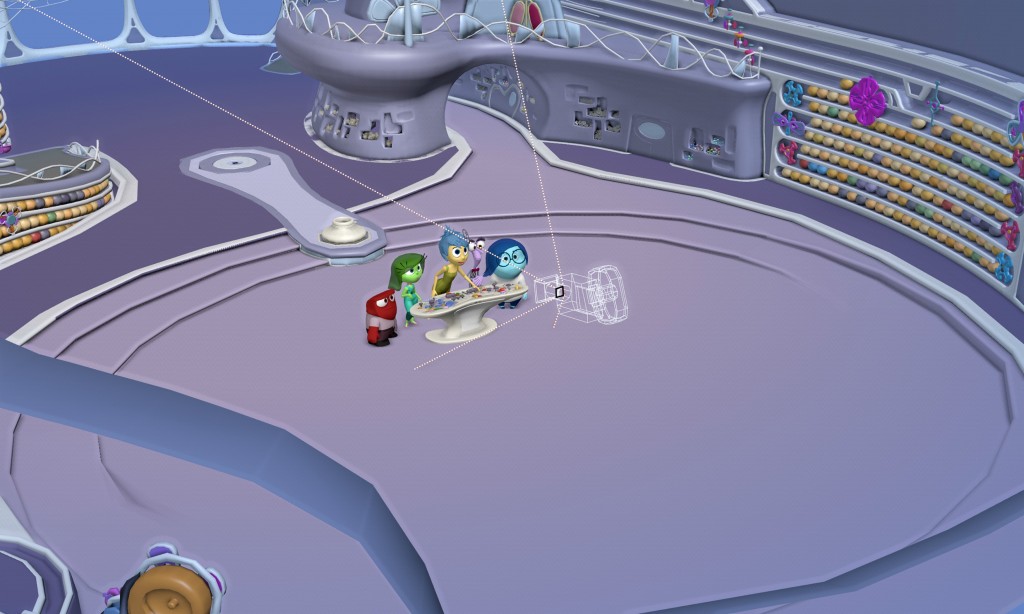 It does make sense though.  Everything must be kept in proportion to everything else.  I suppose I’d really notice if it wasn’t proportionate, but that’s just it – they do such a fantastic job that it never even crossed my mind. 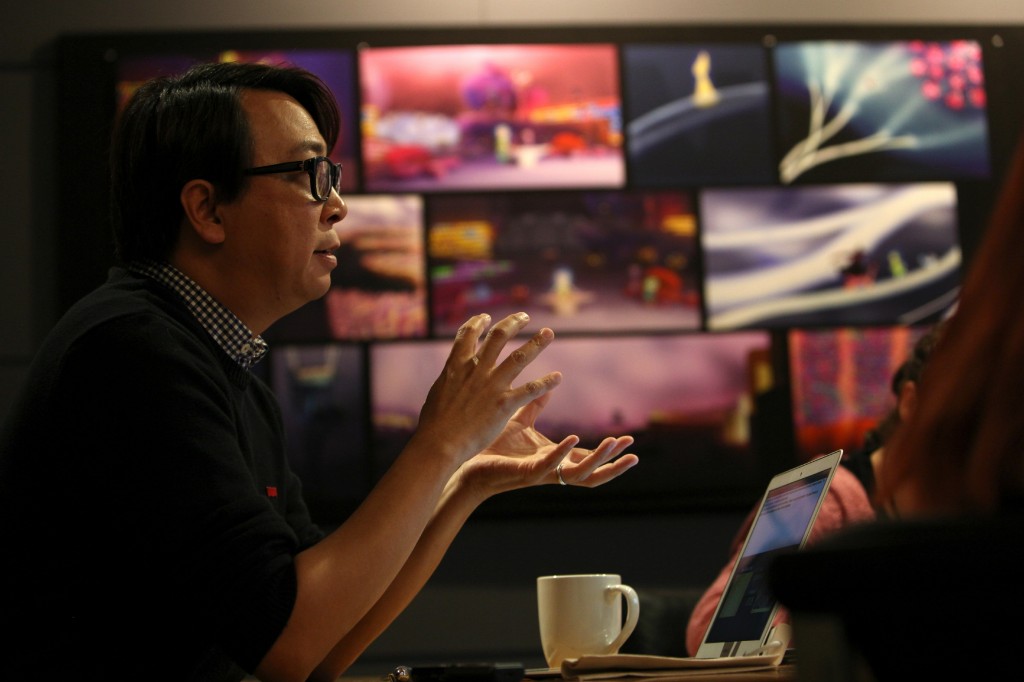 Lin explained to us about the process of creating a movie on the camera side of it all:

He also went into detail about the two different departments that he works on: Camera and Staging. 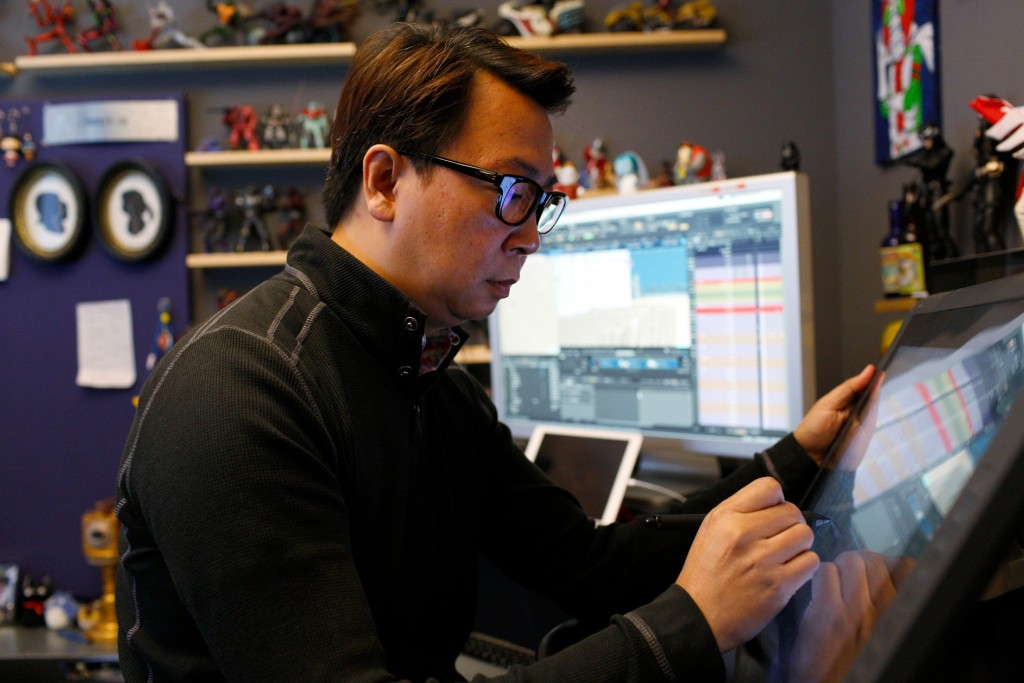 When I think about a movie I can picture the director saying, “Lights, Camera, Action!”  When it comes to animation though Lin explained their order goes Camera, Action, and then Lights. 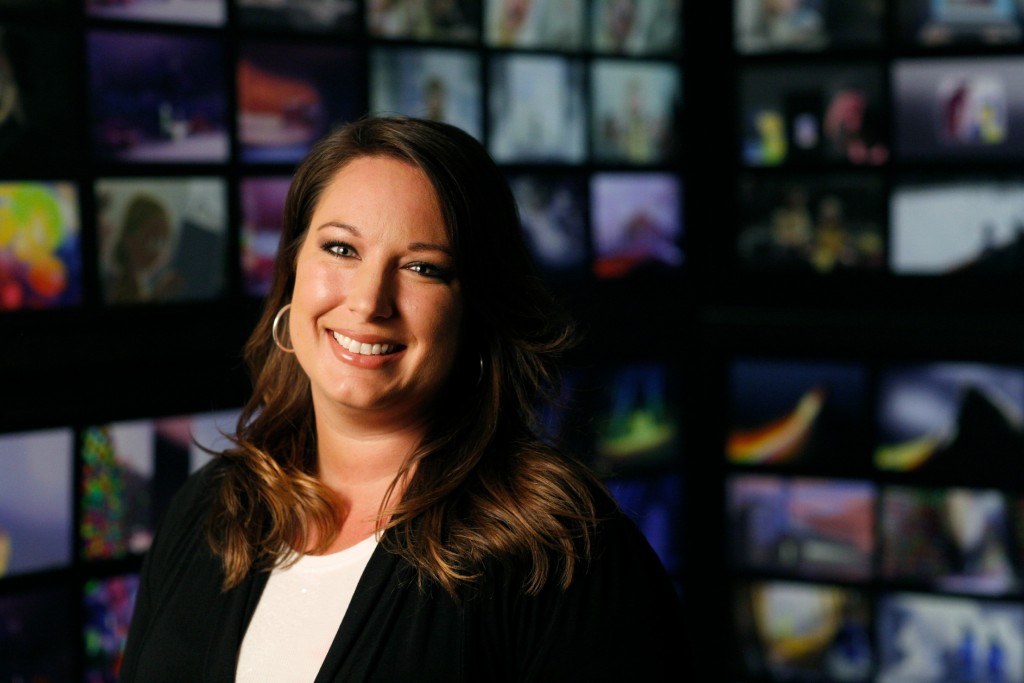 Behind the Lights with Lighting Artist, Angelique Reisch

Speaking of lights, I had no clue that an animation had a lighting department.  I sat down with Lighting Artist, Angelique Reisch, who gave us a look at the technical challenges the Lighting team had on the film, as they worked to light the worlds outside and inside Riley’s mind. 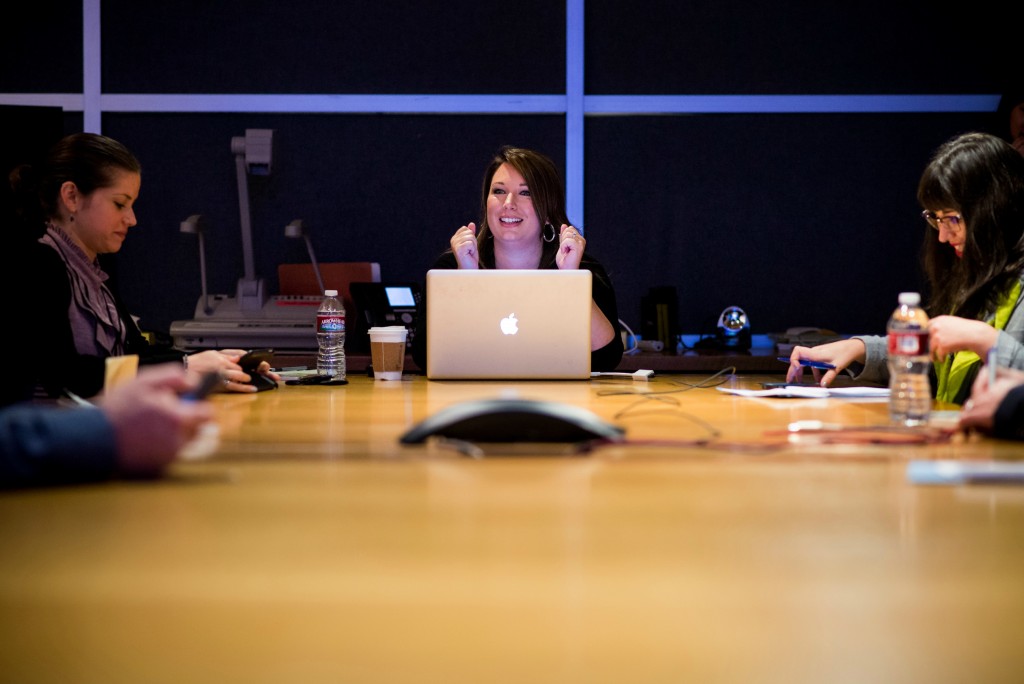 Reisch showed us before and after pics when it came to a frame of animation. Everything before was flat and two dimensional.  The frame that had been lighted had more depth. It was like night and day and made a huge difference.  Again, they do this so well the idea of lighting never crossed my mind.

She talked about one scene that had 175 lights!! That’s incredible to me. Reisch also shared that each character had their own light source which entailed them coming up the the lamp, lighting, and shadow for each character.

Reisch shared with us the 5 Principles of Lighting:

Had I realized this was an actual job when I went to college I totally would have majored in it! I am so intrigued by it all.  I did learn that Pixar has their very own software – Lumos – that was created by and used by Pixar.

Did you ever think about cameras and lighting when it comes to animation?